Election integrity is front and center at SGA meeting 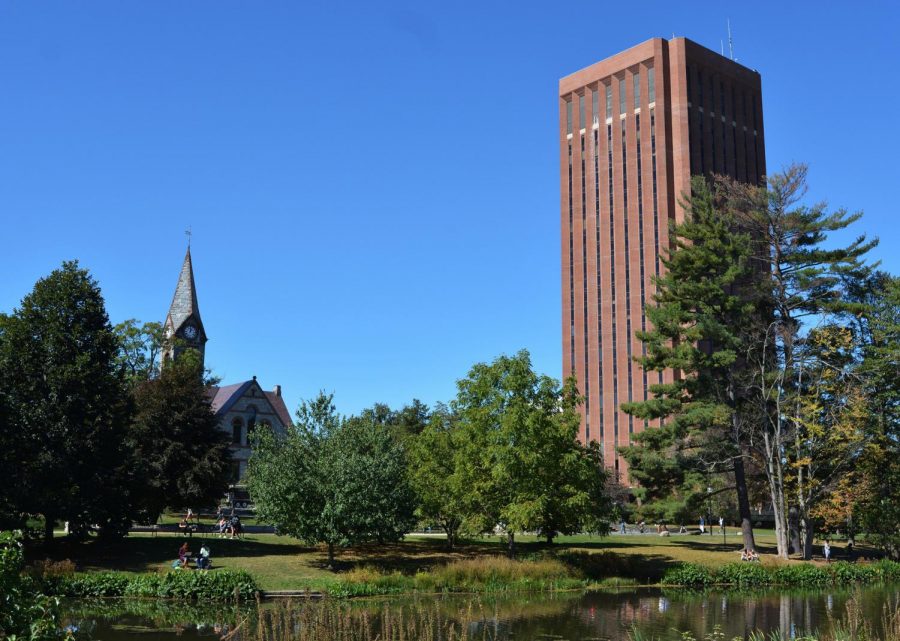 By Will Katcher , Assistant Photo Editor

Upcoming elections were the focus of a Student Government Association meeting Monday, with multiple people calling on representatives to conduct fair campaigns devoid of the negative politics that many in the body seem to expect.

Althea Turley and Jordan McCarthy, chair and vice chair of the Administrative Affairs Committee, clarified the section of the SGA Constitution governing the election process in an in-depth presentation. Among other topics, they described the Senate’s right to ratify any student government election and to break ties if they happen.

SGA faculty advisor Lydia Washington spoke to the group at large about the integrity of the election process.

“What will not be happening this year is petty politics,” Washington said.

Washington, who will review potential violations of the election rules, asked the students to remember that “what happens in the dark comes into the light.” She told senators to run on their vision for the campus and to go through a clean and supportive race.

“When people are so emotionally invested… emotions run high,” Turley said after the meeting. “Everyone wants to win.”

Any campaign methods and materials must be approved by the SGA Election Commission, a rule that intends to remove negativity from the campaign. However, as new technologies have emerged, the commission has had to determine how candidates could use them to bolster their campaigns. Livestream video, for instance, which can be broadcast from a variety of social media platforms, had to be considered before it was allowed.

Three ballot initiatives will be voted on in the election, including one to reaffirm support for MASSPIRG, a statewide group advocating on behalf of students, to which students optionally pay $11 per semester as part of University fees. MASSPIRG chooses to put the initiative for continued support of their mission up to student vote every two years.

Apart from the elections, the session largely covered reports from representatives within the SGA and other campus groups. Secretary of Veterans Affairs Jake Gramstorff noted that he has begun the process of creating an alumni veterans’ association.

The meeting was a diversion from the past several sessions the senate body has held, where resignations and passionate debate have grabbed attention.

Prior to the first meeting of the semester, SGA vice president Nathalie Amazan resigned from her position, citing the time commitments. Less than a week later, at the first meeting, two senators left the body after criticizing Sullivan’s leadership.

At Monday’s meeting, the results of a poll were read in which senators expressed their desire for more professionalism in the body, including fewer resignations.