Many legislators throw in their support before the announcement 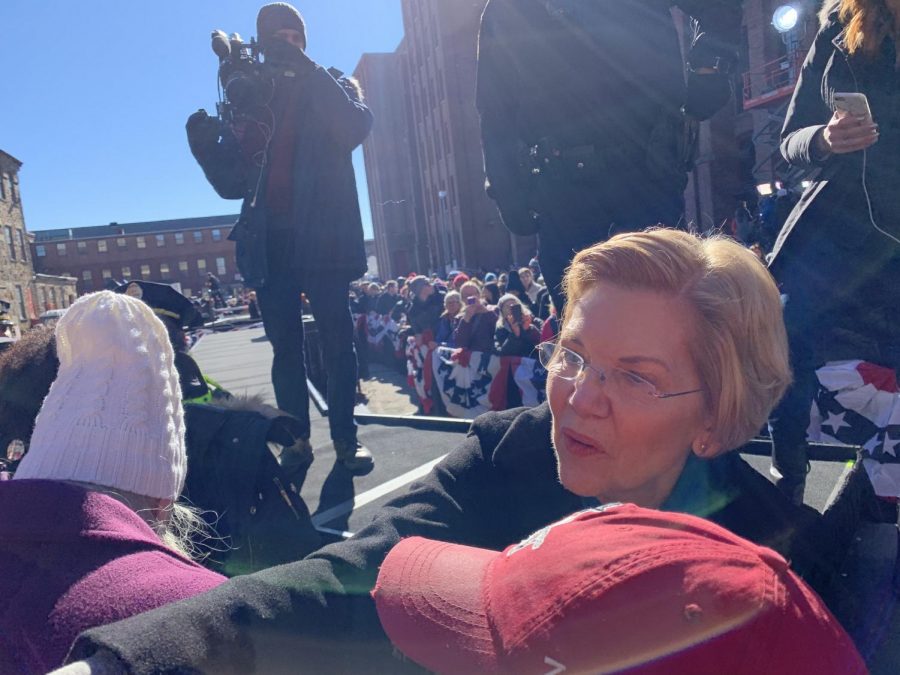 Massachusetts Democratic Senator Elizabeth Warren has officially placed her bid for the 2020 presidential race. During a campaign rally at the Lawrence Everett Mill, Warren spoke of her plans to protect working families and address government corruption, among other key issues.

“I stand here today to declare that I am a candidate for the United States of America,” she said to a crowd of roughly 3,500 constituents.

The event was held at the Everett Mill in Lawrence, Massachusetts, a location deliberately chosen by the campaign because of its symbolic meaning – it is where the Lawrence textile strikes of 1912 began.

“This morning, we gather in the birthplace of the industrial revolution and the labor movement… We have all come in pursuit of a dream – an American dream, a dream of prosperity and opportunity. The dream of a life you can be proud of,” said Lawrence Mayor Daniel Rivera. “We gather in this place that has long been kicked down. This place has oftentimes been counted out and been told that ‘The American dream is not for you. It’s only for a select few.’ Well, you know what we do in Lawrence? Nevertheless, we persist!”

Wu, a student of Warren in law school, reflected on being in Warren’s classroom.

“I am part of a legacy of decades of students who will tell you she was the best teacher we ever had… she didn’t just teach how to argue a case or issues, but pushed us to dig deeper. Not to accept the legal system as it is, but to understand the forces of power and influence that wrote the laws to begin with.”

“Lawrence is a place where dreams come from… dreams of opportunity and equality. Dreams supported by the government that knows the dreams of its people are a nation’s greatest currency. Elizabeth Warren knows that those dreams are worth fighting for,” Markey said.

Formally introducing Warren was Representative Joe Kennedy III who spoke about economic issues hurting working Americans, an issue that Warren has been leading the fight against.

“We are a country of soaring stock prices, global profits… we are also a country of working poor, hunger in rich places and a deep worry for what tomorrow brings,” Kennedy said.

After entering, Warren started her speech by expressing the importance of the textile strikes that began at the Everett Mill in Lawrence.

“The story of Lawrence is about how real change happens in America. It is a story about power, our power when we fight together.” she said.

She spoke about challenges faced by working families and proposing changes under her administration.

“The man in the White House is not the cause of what is broken, he is just the latest and most extreme symptom of what’s gone wrong in America,” Warren said.

“[We have] a rigged system that props up the rich and powerful and kicks dirt on everyone else,” she said. “So once [Trump’s] gone, we can’t pretend like this just happened…we can’t afford to just tinker around the edges… our fight is for big, structural change.”

Warren also highlighted key political issues she plans to fight for if elected.

“When it comes to climate change, our very existence is at stake, but Washington refuses to lift a finger without permission from the fossil fuel companies. That’s dangerous and it’s wrong,” she said. “And it isn’t just climate change. Look at any other major issue in America. Gun violence, student loan debt, the crushing cost of health care, the mistreatment of our veterans, a broken criminal justice system.”

The senator announced three big areas in which she plans to create structural change as president – cleaning up Washington and government corruption, putting more economic power in the hands of the American people and strengthening the American democracy.

Later in the speech, Warren announced that her campaign will “not be taking a dime of PAC money.”

“This won’t be easy. There are a lot of people out there with money and power and armies of lobbyists and lawyers,” she said. “People who are prepared to spend more money than you and I could ever dream of to stop us from making any of these solutions a reality… I say to them ‘Get ready. Because change is coming faster than you think.’”

After telling a story about her journey to law school while taking care of her first child, Warren concluded.

“My daddy ended up as a janitor, but his little girl got the chance to be a public school teacher, a college professor, a United States senator and a candidate for president of the United States.”