Memes: Past, present and future

The future of memes could be presidential 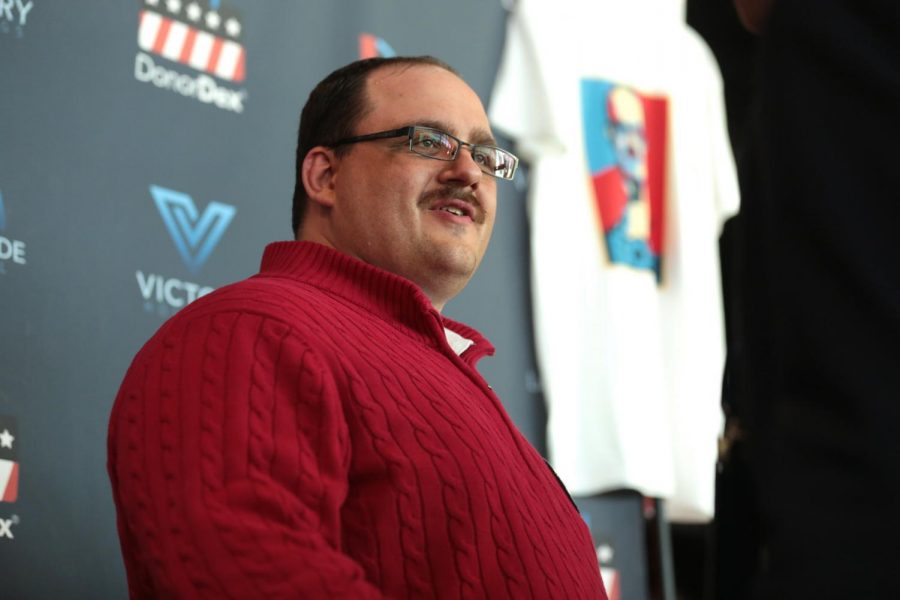 We associate this form of entertainment with something that makes us laugh. Memes tend to take a piece of news, whether it be good or bad, and put a comedic or satirical spin on it. As days pass, more and more memes are born with varying content. But as the cultural content develops and the political climate escalates, what does that mean for memes?

Before we predict what the future of memes could be, we must understand where memes came from and where they are now. The term was coined by Richard Dawkins in 1976 in his book “The Selfish Gene,” in an attempt to understand our culture and how it transfers and spreads like reproductive genes. Dawkins originally described the word as being derived from “mimeme,’” which, according to the American Heritage Dictionary, comes from the Greek word “mimeisthai,” which means to imitate.

Memes were kept on the back burner for a while but manifested in different forms. It is hard look back on pre-internet culture and determine what a meme was for people in the 1980s and 1990s. The internet and the web were only trying to pick up steam in the 1990s with the internet coming to life in 1983 and the World Wide Web following in 1990. The only plausible memes that one can trace were political cartoons in newspapers, or maybe scenes from comedy shows like Saturday Night Live. The theme of these outlets has survived to this day: Making fun politicians and celebrities will have people talking and sharing for days to come.

What is interesting though, is that memes have just gotten immensely popular. Again, “an idea, behavior, style, or usage that spreads from person to person within a culture” was birthed in 1976, and Mike Godwin brought the word back to life in his 1994 article about a Nazi-comparison meme the roamed the “Net.” Not a great way for memes to start out. But what was the delay? According to Google Trends – the software that tracks the popularity of a particular word based off the number times it was searched over a period of time – the word ‘meme’ was flat-lining until 2011 or 2012 when the it started to pick up speed with a dramatic increase and an absolute high search rate in 2016.

So, we have this great source of entertainment, but what does the future hold? I will tell you now, I don’t know where the future of memes is headed. Memes are produced so quickly that one cannot know what the “meme-gods” will produce or who will be in them. How do these content creators determine what is “meme-worthy” and what is not? No one person can pin-point the rationale behind the choosing of something to be meme-worthy. The “Shaggy from ‘Scooby Doo’” and “Matt from Wii” memes came out of nowhere. Even I, a follower of multiple meme accounts who has “meme-ist” friends, was blindsided by those memes.

But we can predict when certain memes will come out. For starters, one can easily expect memes to come from big national events and holidays. Nancy Pelosi and her petty clapping, Katy Perry’s Grammy’s dress being practically a paint roller, Sweet Victory and the Super Bowl or Will Smith as the genie from “Aladdin” were all memes created on the spot and entertained the public.

Thinking further, what is to come of memes in 2019? Well, we can expect memes coming from award shows; after all, that’s where we got the Meryl Streep meme in 2017. Celebrities doing stupid things can give us content for the month. But as the election cycle gears up for 2020, will that affect what is produced? Since memes are everywhere, could this be a gateway for politicians to use memes to get their message out to the public?

It could be. Memes are such a present part of our lives, they could be used as a catalyst for Generation Z to get involved. The meme world is something that Washington hasn’t tackled yet. Politicians have barely conquered social media, let alone the black hole that is the meme world. But during the 2016 election, Ken Bone became an over-night celebrity, Ted Cruz was the Zodiac Killer, Bernie Sanders became “Birdie Sanders” and even the Clintons loving balloons were all memes. All these instances of memes got people to pay attention to what was happening in a way that had that comedic spin to it.

It’s 621 days until Election Day; let’s see what the meme-gods come up with.