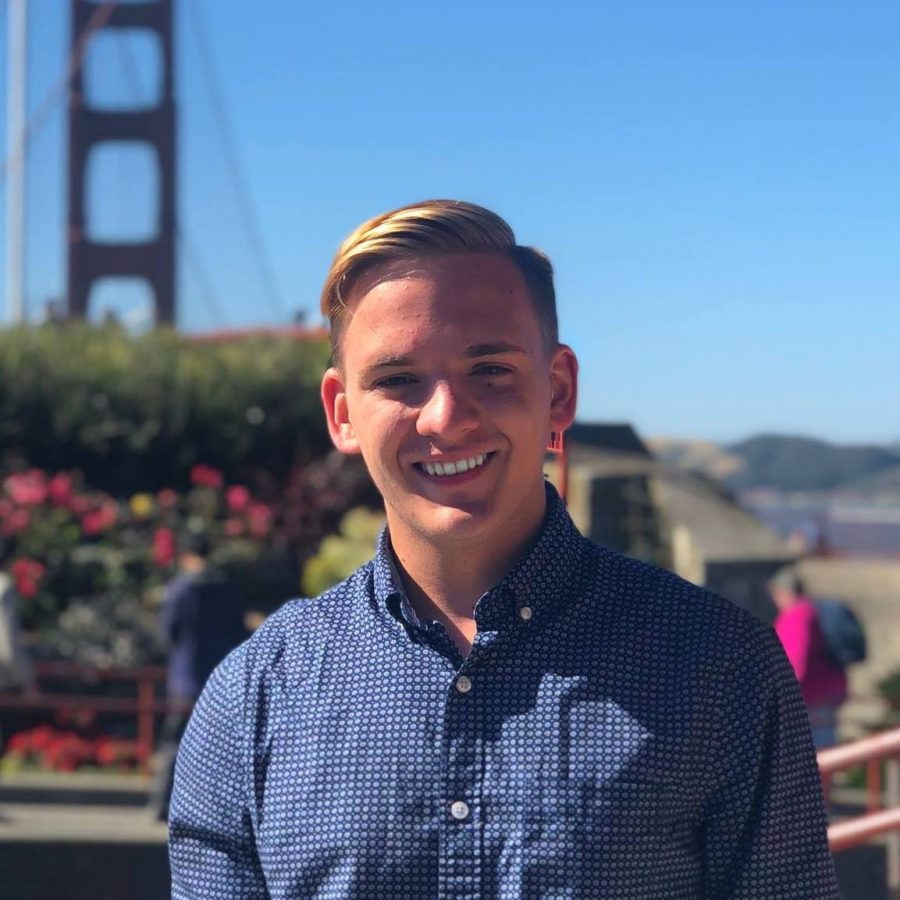 In this year’s Student Government Association election at the University of Massachusetts, legal studies and political science student Jake Binnall is running uncontested for the position of student trustee.

Binnall, who ran for vice president of the SGA last year and currently holds the position of secretary of the registry, is running on a platform of student support and increasing awareness about the Board of Trustees on campus.

“I’m looking to be an innovative leader, not just saying the things that we always say and hope for a different result,” said Binnall.

Here’s the transcript of his question-and-answer interview.

Why did you choose to run for student trustee?

Jake Binnall: “It’s something I’ve been interested in for a bit and now I think I’m ready. I’ve seen enough of how the Board of Trustees works and doesn’t work, and I think that we’ve had a vacuum of leadership in that position.

I’m looking to not only act for the fifth vote and the things that students always say they want. I just think that we’ve seen a lack of student interest in the Board of Trustees. It’s the people who vote on our tuition, they can create student support center on campus, pretty much every policy goes through them, so it’s a really powerful board and they can do a lot of things that really impact us, but when I got signatures, nobody knew what it was really. So, I think that’s what I meant by the ‘lack of leadership’ [that] there is – that if the students don’t even know what it is, how are you supposed to represent them?

So, a big part of why I’m running is to put that back on the students’ radar. [The Center for Education, Policy and Advocacy] has done a really good job working with them and I know MASSPIRG goes to their meetings a lot, but we don’t really see everyday students interested in what the Board of Trustees is doing, so that’s something that I’m looking to do, and I think that that’s a position in which I can do a lot of the work I want to see done, and it just needs some love and a lot of work to fix.”

What would be your priorities as student trustee?

JB: “Essentially, when you enroll at UMass, you know what you’re going to be paying for the whole four years. So, while I’ve been here, [tuition] went up, I think, 6.2 percent last year. I think that it’s important that when students are enrolling for something, they know what they’re getting themselves into. It’s unfair at this point the way things are. If all of a sudden, we have to increase tuition, then that’s on us. But some people aren’t in the position to continue that and then they’ve already made it this far, so it just puts people in really painful positions. So, at the bare minimum I’d like to start on those, get the ball rolling. I know some members of the Board of Trustees has expressed support for that. Pretty much a contract between the Board and the students. That’s something I want to advocate for.

Tuition is usually what people talk about when they talk about the Board of Trustees, but they also have the power to create students support centers, so I’d like to create first gen[eration] student support centers on all the campuses. I’m a first gen student and I literally was thrown to the wolves. Everything is stressful and advising isn’t really equipped to handle the struggles of that. And I know there are efforts and there’s a student group that deals with it, but we need institutionalized support centers for that type of thing. I think that that’s something that all campuses could benefit from, particularly with Amherst’s strategic plan talking about keeping these things in retention, that would be a huge help to the effort.”

How does your platform differ from past student trustees?

JB: “I know [current Trustee] Jiya [Nair] focused a lot on the code of student conduct and getting that. The Land Use policy was a big part, she also focused on that when she was [Attorney General], but as student trustee that was one of her priorities.”

I think that [my priorities] just focus more on helping students get what they’re paying for and being supported in doing that.

[Former Trustee] Derek [Dunlea], he was a finance guy, so his was a lot of responsibility. They were both good at what they did. I’m just trying to build upon that and bring in conversations that usually aren’t talked about, particularly with first gen students, getting that back on the table.

Jiya [Nair] had to put in a lot of laborious work into getting them to vote on things, and anytime a student wants to get something passed there, it’s a huge effort, when it really shouldn’t be on the student side. So, I’m trying to build upon that and try and make it not so hard to get what we want out of the Board of Trustees.

So, not so much different, but I would say I’m expanding a bit. I’m less focused on these specific things and kind of broadening what this role may have.”

How are you planning on communicating with the student body when elected?

JB: “I know that Derek [Dunlea] did coffee hours every week with students, and he did it in the Center for Multicultural Advancement and Student Success office, not only so he could educate people but to also show students what the CMASS office is. I like that idea. I’d like to partner with different resources on campus to bring attention to both this position and their offices, especially since student support is a big part of what I want to do, so highlighting the students’ workplaces.

I’d also like to work with the administration itself to host events and also student organizations who are working on things with the Board of Trustees. I would like to have very regular contact with them. So a lot of meetings, I think. Pretty much it’s just making myself very open. Maybe I’ll post live things if people are interested on social media, basically just being accessible and making sure that my priorities are in line with what the people are actually wanting.

Kind of getting creative with it. Like how UMass does ‘Smart about Money’ and make it fun to teach people about those money things. It’s kind of boring stuff but they make it engaging. I’d like to make something about the Board of Trustees fun.”