Resident assistants and peer mentors fight for a fairer contract 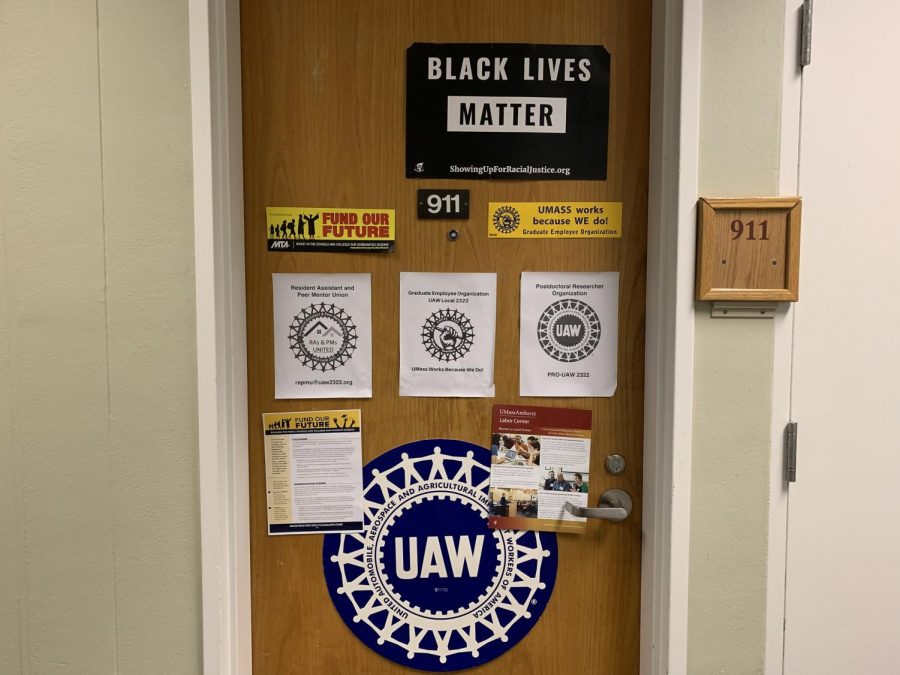 The Resident Assistant and Peer Mentor Union at the University of Massachusetts have been working for over a year under an expired agreement to negotiate the terms of their new contract.

The union, formed in 2002, represents all RAs and PMs on campus by negotiating contracts with the University on a three-year cycle and attending investigative meetings. The two items left on their list of demands are fairer wages and anti-racism training for all residential staff.

On Feb. 8, 2019, the union issued a press release detailing the negotiation process and their demands.

Of the bargaining process thus far, Mackson stated that the University had originally been willing to meet and reply to negotiations, but have since slowed their responses.

This extended period of negotiation, Mackson argued, inhibits the union from working on other important areas, such as outreach and new staff training.

When the union was able to meet with administrators for negotiation, both sources noticed a lack of wanting to compromise on issues.

“It’s really interesting being at the bargaining table with them because their behavior is very different from when they talk during training or the hiring process. It’s a lot of ‘you’re so important’ or…’you’re so integral to fostering community’ …but then you go to the bargaining table and you say ‘we need these things to do our jobs better for our residents’…and they make us think that we’re asking for too much,” Mackson said.

One of the union’s last two bargaining items asked for fairer wages for residential staff. Mackson claimed that through the current wage system, the university had been exploiting student labor.

“I find that the RAs that really try to do a good job end up severely overworking themselves, and basically the University exploits them,” Mackson said.

Mackson explained how resident assistants have to always be prepared to respond to student needs, regardless of the time of day or other responsibilities they may have in their personal life.

“I can’t go to the bathroom without doing my job,” she said.

Also in the press release was a statement from peer mentor Nicola Patel saying, “I work two other jobs to provide for myself. Peer mentoring does not even cover the cost of my room, which I am required to pay for. I also have to eat, pay for books, car insurance, and recreation.”

The union has heard pushback from administrators about the potential costs of these wage demands.

“It’s not our fault that they’re in debt and need to raise prices or that they have millions of dollars of deferred maintenance that they need to deal with,” Mackson said. “That’s not our issue, that’s not our responsibility. To try to argue that we shouldn’t be paid more because pay raises always equals raising tuition is definitely a false narrative that the university wants to push.”

The second item that the union is asking for in its contract is the implementation of anti-racism training for all residential staff. This demand follows the series of racist incidents that took place in residence halls across the University earlier this year.

Mackson stated that she caught one of her residents using the n-word and immediately wrote them up. The resident only received a talking to from the Resident Director and no discipline.

“When you are documented and found guilty of having alcohol or drugs in your room, you get a letter home to your parents, you are fined $100 to pay for a basics course…you’re also put on housing probation and academic probation…that just seems so ridiculous when you compare it to the discipline that this resident received for yelling the n-word,” Mackson said.

The University has so far declined to implement such a response training to staff, instead only proposing an “anti-discrimination” training.

She furthered that when asking for permission from her supervisor to discuss and condemn the usage of this hate language during floor meetings, she was denied by administrators on the premise that it would violate students’ first amendment rights.

When contacted for a statement on the negotiation process, Ed Blaguszewski, UMass executive director of strategic communications stated that the University does not discuss ongoing negotiations.

“The University has been bargaining in good faith since January 2018, and our negotiators have participated in 25 bargaining sessions. We are hopeful of coming to an agreement soon,”Blaguszewskisaid.