Streets of Seoul: Korean culture brought to life at UMass 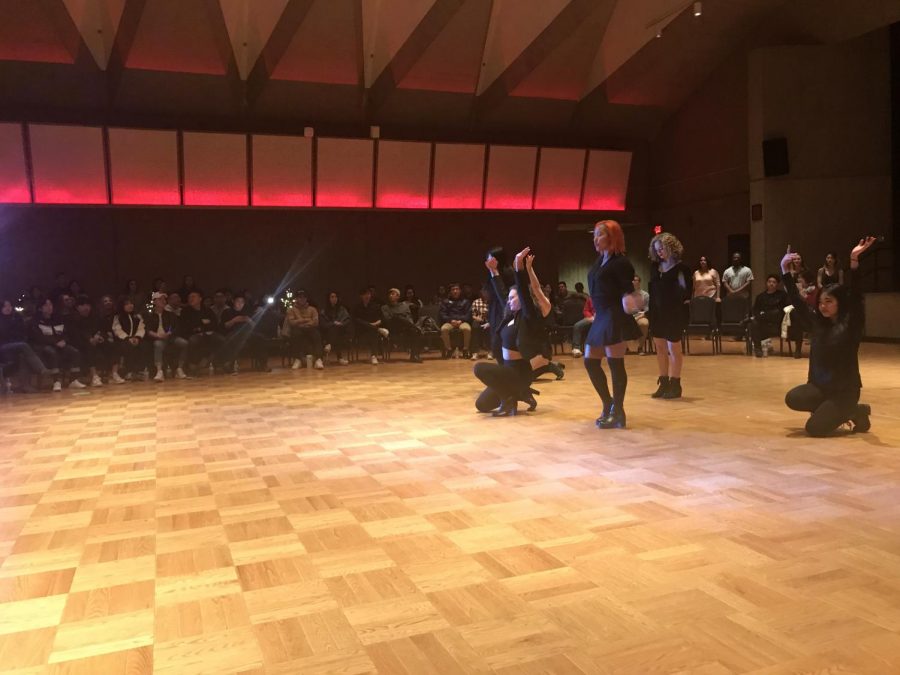 The University of Massachusetts Korean Students Association held its second Streets of Seoul festival in the Campus Center auditorium, offering Korean cuisines and live performances of k-pop, dance and even a martial arts demonstration with kendo swords.

The event featured performers such as Aren Park & Ben Li, Kimchi Gang and Clickbait as well as several others across the Five College Consortium who entertained an estimated 300 students, according to KSA President Angela Park. The turnout for the event had increased from the some 270 attendees last year.

“I’m very excited for everyone who came to our event,” Park said backstage during the intermission. “I hope it continues to grow every year, and I really think that – I encourage people to go to cultural events and explore other cultures.”

“So for this one, as we include everybody, we let everybody put together their own performance,” performer Lovisa Fjaellskog said before the festival. “Then we did a little audition to see who would make it out of those groups so that everybody got a chance to dance with us. But then, the ones that worked the hardest were the ones who actually got to for this event.”

UMass’ TASC Force distinguished itself from other dance performances for its special use of Chinese yo-yos, or diabolos. Donald Chang, a freshman mechanical engineering, said his group practiced with their bouncing yo-yos on and off for a couple months. He also hopes to perform again for next year’s festival.

One of the most distinguished performances featured a kendo demonstration with two Amherst College students. Kendo is a Japanese martial art which utilizes swords covered in bamboo. The students, clad in black, showed off different strikes before calling upon a volunteer in the audience to take a free whack.

Joel Colon, a freshman computer engineering major, described enjoying the festival by the time the KSA called for intermission.

“I’ve never seen any of these dances before,” Colon said. “So it was really something new to my eyes, and I just thought it was a really cool experience to be here with a couple of my friends.”

Rebecca Ramsey, who studies nursing at Simmons University, also called the dancing “incredible,” and named her favorite act a tie between the UMass KDC and Clickbait.

The rest of the Streets of Seoul performances lasted until 9 p.m. with the KSA holding a giveaway afterward for their own custom hoodies, which students entered in to win by following the KSA Instagram page and liking a post.

Prior to Streets of Seoul, Park said her organization had not taken on an event of the same scale. In addition to sourcing food outside of UMass, the KSA also had to drop some of their regularly featured events, including one of two yearly barbeques. Ultimately, she still supports the trade.

“This is a great way to reach a lot of people, a bigger event like this, and of course, it’s a fun event for anyone interested in Korean culture to come together and experience together,” Park said.