Stand with the people, not donor interests 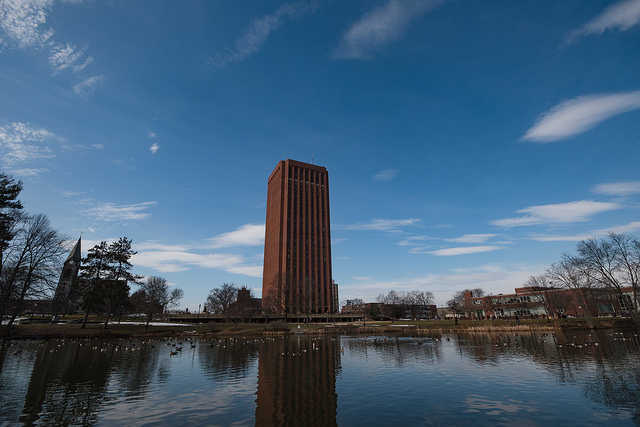 The first legislation introduced by the new House of Representatives earlier this month has recently re-entered the news after Senate Majority Leader Mitch McConnell condemned it as a “power grab” by Democrats.

The proposed bill, the For the People Act of 2019, addresses a wide range of issues, targeting voter suppression, gerrymandering, political ethics and campaign finance law. Committee hearings in the House are currently underway and, given the majority party’s overwhelming support, it will presumably pass. But, due to Republican control in the Senate, it’s unlikely to survive another vote.

And that’s a shame. Bill H.R. 1 has the potential to seriously rehabilitate our democracy, specifically addressing the most serious grievances pervading our election system.

Some have argued such policies will enable rampant voter fraud, an excuse frequently used to justify heavy voter registration requirements. You will likely recall Donald Trump’s false claims that “millions” voted illegally in the 2016 presidential election. In reality, no such widespread fraud exists. Case studies done on elections specifically investigated for voter crimes found incident rates of merely 0.0003 percent in Missouri, 0.0002 percent in New Jersey and 0.000009 percent in New York. Even then, many cases were due simply to administrative error.

In the 2016 presidential election, 14 percent of non-voters avoided the polls due to a lack of time. The bill would address this difficulty specifically, creating mandatory early-voting periods for federal elections and a new federal holiday on Election Day.

Of course, low voter turnout wasn’t the greatest threat our elections faced in 2016. Despite what the president may claim on Twitter, United States intelligence agencies all agree: Russia conducted an “unprecedented influence campaign.” The For the People Act would require social media sites, especially Facebook, to crack down on advertisements sponsored by foreign agents, and also provide public records of ad purchases worth $500 or more.

Campaign finance reform, however, wouldn’t end there. The act also includes the creation of a fund-matching initiative for House candidates running on small donations exclusively. Along with an update of the public financing system, the bill would additionally prohibit super PAC “shadow campaigns” that support individual candidates.

Regardless of some politicians’ strong opposition, these policies are overwhelmingly popular among citizens. A Pew Research Center study found that nearly two thirds of Americans want to legally limit the amount spent on campaigns, and it’s easy to see why: In the 2016 election cycle, at a record breaking $1.8 billion, super PACs accounted for more than a fifth of all election spending. And the individual donors in these committees? Just the top one percent of donors alone raised over 86 percent of total super PAC funds.

The act spans over 560 pages, and lists more provisions than I have space to address. Other notable changes include a limit on gerrymandering, accomplished by taking the power to draw districts away from politicians and giving it to independent committees. It would require presidential candidates to release their tax returns, and inaugural committees to release their budgets. House members could also no longer serve on corporate boards.

Taken together, these policies amount to a significant revival of our democratic process that would demand transparency and ethical responsibility from politicians and return authority to the voices of the American public. When the For the People Act reaches the Senate, Mitch McConnell and Republican members of Congress alike will have to choose a side – either support voter suppression, large donor interests and hidden political spending, or stand with the people.