APD and AFD responded to a fire at the Townehouses 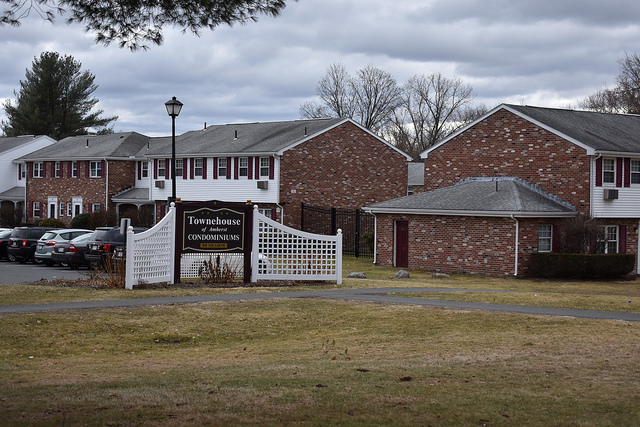 By Michael Connors and Hayley Johnson

Two college-aged males were arrested at the Townhouses after authorities responded to a couch fire related to celebrations following Super Bowl LIII.

The Amherst Police Department responded to 50 Meadow St. at 10:23 p.m. to a blaze located in the complex’s east quad. Officers initially called off a prior request for assistance from the Amherst Fire Department as two officers attempted to control the flames using separate fire extinguishers.

After police determined they were unable to control the fire, AFD was re-requested for assistance and the burning couch was put out by firefighters. Though most participants cleared the area as officers arrives, two people were placed under arrest.

As residents of the Townhouses celebrated a 13-3 victory by the New England Patriots over the Los Angeles Rams in Super Bowl LIII, so did around 3,000 University of Massachusetts students in Southwest Residential Area at the same time.

I am not on reporter duty tonight, but this is what the townhouses looked like a half hour ago if anyone was wondering @MDCollegian pic.twitter.com/ekRMT9TDyu

There were no arrests in Southwest, though University of Massachusetts Police reported one head and two hand injuries sustained during the gathering.