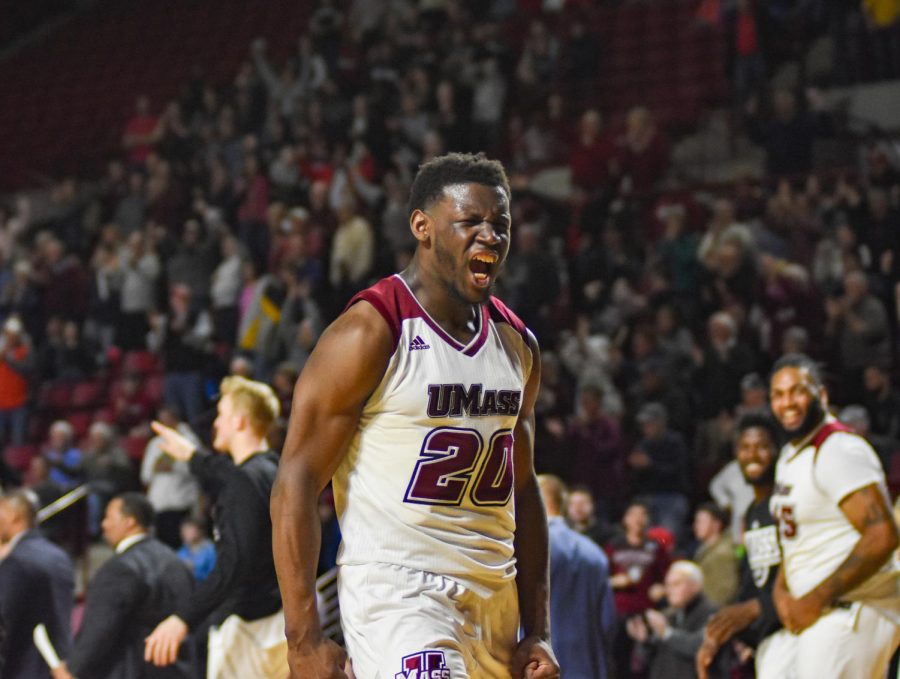 Coming off an upset win over Davidson on Saturday, the Massachusetts men’s basketball team travels to George Mason on Wednesday looking to record back-to-back wins for the first time since November.

UMass (9-15, 2-9 Atlantic 10) has gone 3-13 over the past two months, including a 68-63 loss at home against George Mason back in January. The Minutemen have struggled so much, particularly on offense, that coach Matt McCall moved practices from the Champions Center to the Curry Hicks Cage after last Wednesday’s embarrassing loss to Fordham.

“Certain guys responded to what we did, and it carried over to those guys playing the game connected,” McCall told the Daily Hampshire Gazette. “You could see the guys who played the majority of minutes in that game [against Davidson] were really connected out there, and it’s been one of our biggest issues. There was some carryover, but again, it’s one game and we have so far to go as a program. It was a game in which I was proud of how we responded and when adversity hit in the game, those guys stayed together, and that was a result of the things we’re trying to do.”

The ban from the Champions Center seemed to work, as the Minutemen showed up on Saturday, allowing just 51 points against Davidson after giving up 85 points to Fordham a few days before.

UMass’ offense has been hamstrung by the absence of Luwane Pipkins, who has been dealing with a hamstring injury since Feb. 2. Carl Pierre has stepped up in Pipkins’ absence, averaging 21.3 points in the last three games, while Keon Clergeot has run the offense for the Minutemen.

While Pipkins is not expected to play Wednesday, the return of freshman point guard Tre Wood takes some of the burden off of Clergeot. Wood played 15 minutes against Davidson after being cleared from a concussion.

“It was nice to have another steady ball handler on the floor to where Keon didn’t have to do it a majority of the game,” McCall told the Gazette. “It was nice to have a true point guard, out on the floor, he made some good plays for us. I don’t know how rusty he was, I didn’t feel that, I had full confidence putting him in there. Obviously, he’s going to need to continue to get some game reps and we’re going to need him [Wednesday] and going forward just to be that steady point guard, steady ball handler and help us get into offense, maybe get some guys some easier looks.”

Wood missed January’s game against George Mason, which UMass took down to the wire. The game was tied with four and a half minutes left before George Mason pulled away, aided by abysmal 6-of-14 shooting from the charity stripe for UMass.

The Minutemen also accrued 19 fouls in that game, allowing the Patriots 20 points on free throws. Sending opponents to the free-throw line has continued to be an issue, as UMass was hit with another 19 fouls against Davidson on Saturday.

Still, UMass was at least motivated against George Mason. That motivation has been inconsistent over the last two months, as the last major UMass win – a 77-70 triumph over Rhode Island back on Jan. 27 – was followed by three straight losses to lower-tier teams.

“When we play with that level of intensity or that effort, we’ve proven what we’re capable of, even though all those results didn’t result in Ws,” McCall told the Gazette. “When you don’t have effort or I have to coach effort, there’s zero chance.”

Tip-off at George Mason is scheduled for 7 p.m. Wednesday.