Minutemen gearing up for Saturday’s season opener at Garber 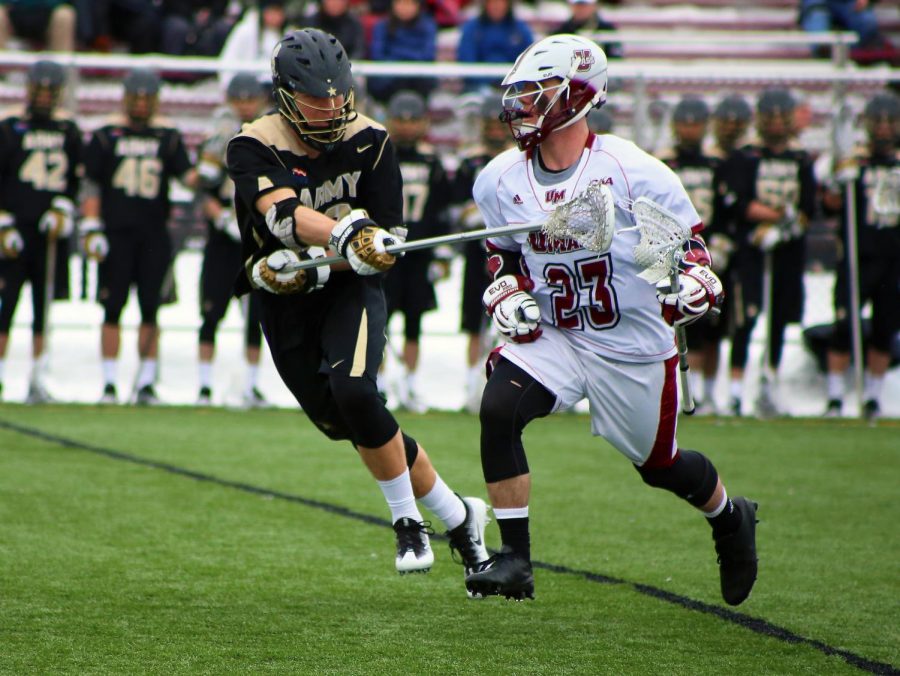 After going undefeated in conference in 2018, as well as winning the CAA championship, the Massachusetts men’s lacrosse team went out in the first round of the NCAA Tournament. It enters 2019 as the No. 18 team in the country, and this season, UMass is looking for redemption.

When asked what they’re looking to accomplish this season, the Minutemen only look as far as clinching a season opening win over Army West Point on Saturday.

“Beat Army on Saturday,” senior Isaac Paparo said of the team’s goals. “We haven’t beaten them since I’ve been here. It’s been a while since we’ve started out 1-0. That would be a game changer.”

UMass has opened its season playing the Black Knights annually since 2011. Army went 5-8 in 2018 while the Minutemen went 12-5, ending their season ranked No. 16. On Saturday, the Minutemen look to end the four-game losing streak they currently hold against Army.

“In your first game you’re trying to win everything,” UMass coach Greg Cannella said. “You’re trying to do everything you’ve worked on since September. Hopefully we can play at a level we can be proud of.”

This season will be different for the Minutemen with some NCAA rule changes: for the 2019 season, a new 80 second shot clock rule was implemented. This will prove to be a challenge, as it is a different style of play for collegiate men’s lacrosse.

“[The] 80 second shot clock is more of a sped-up style of game,” Paparo said. “Which actually plays in our favor, I would say.”

Paparo served as a key member of the UMass defense. Last season, he finished the season with 45 groundballs, 25 caused turnovers and 13 points via five goals and eight assists as the CAA Player of the Year. This season, Inside Lacrosse named him as a part of the Preseason All-American Third Team.

“We’ve got a lot of guys coming back who had time, pretty much everyone had or saw some time from last year,” said Paparo of the defense. “There should be some sort of familiarity, but we just need to learn to play together. Coach talks all the time that it’s about constant communication, controlling the controllable. It’s not about what others are doing, it’s about what we’re doing. I think we’re holding each other accountable, in our communication aspect as well as our intensity.”

Paparo and the Minutemen only have one resounding goal.

“Go out there and prove to them right from the first whistle that this is a new UMass team,” Paparo said. “That’s our goal.”

UMass will open its season Saturday at 1 p.m. at Garber Field.