UMass merging with Hampshire: Why it makes sense 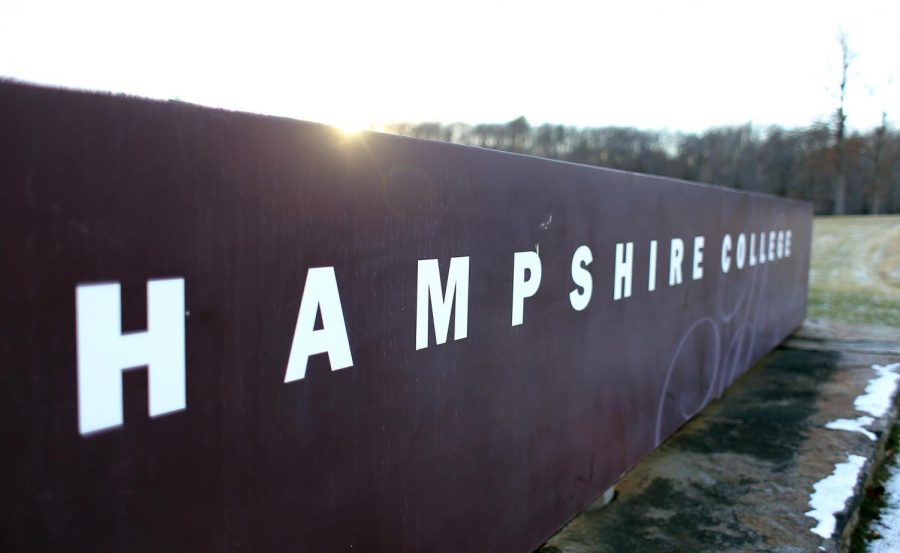 There’s a running joke among my friends that the University of Massachusetts will eventually take over the Commonwealth. The Five College Consortium will become the UMass Consortium. Massachusetts will be renamed “UMassachusetts.” Chancellor Kumble Subbaswamy will reign supreme. It is light-hearted but rooted in an idea that’s not too outrageous: UMass is looking to grow, and grow fast.

As a freshman, I’m part of the largest and most selective class in UMass’ 155-year existence. This statistic is an anomaly among colleges today. The school best known for being “The Zoo” is becoming known for academics. Who would have thought? The pool of UMass applicants is getting bigger and smarter each year – a recipe for success.

But this is a precarious situation for higher education institutions, which need to maintain their growth. As William S. Burroughs once said, “When you stop growing, you start dying.”

We’ve seen it with about 17 colleges in the past six years in Massachusetts as these schools either merged or closed due to declining enrollment and accumulating debt. Unable to adapt to the evolving demographic of those attending college, small institutions have been forced to close or completely restructure their business models. And this trend doesn’t seem to be slowing down any time soon as people increasingly question the value of college due to its hefty price tag.

With UMass’ prominence in the state with the best education and Subbaswamy’s determination to bring the University into the top 20 public universities in the country, it seems likely that the sudden acquisition of Mount Ida will not be the end of Minuteman takeover. Hampshire College, which faces an uncertain future because of financial problems, may be next.

“UMass Amherst has a had a close relationship with Hampshire College since its founding nearly 50 years ago,” said Ed Blaguszewski, Executive Director of Strategic Communications and Special Assistant to the Vice Chancellor, in an email.

“We share educational and cultural resources and facilities, including a common automated library system, open cross-campus registration, joint departments and programs, and intercampus transportation. As such, we are in regular communication with colleagues at Hampshire College.”

From that statement alone, it sounds as though UMass has greater reason to acquire Hampshire than it did Mount Ida. Although it gained proximity to Boston and housing for students looking for internships or other opportunities in the city, UMass faced fierce backlash from students at UMass Boston. A Hampshire acquisition would certainly be smoother, as the merger would seem more like a rescue effort than a forceful takeover.

It is no secret that UMass is struggling to find adequate space to house its growing population. Prior to the beginning of the 2018-19 academic year, UMass sent out an email to students offering a discount of room and board for those opting to live in spaces other than conventional two-person dorms. Common rooms were turned into quads, and students have felt the effects of UMass’ inadequate space.

Hampshire has multiple dorms on campus, capable of housing hundreds of students, which would potentially save UMass inevitable costs of building new housing. The Hampshire campus could serve as housing for students of all years and, with a PVTA route already in use from UMass to Hampshire, commuting would be simple.

If UMass continues to grow at the rate it has been in the past decade, the flagship campus will prove insufficient. New buildings will have to be erected, housing will need to be added and new programs will need more room to operate successfully. US News & World Report ranked the Stockbridge School of Agriculture the fifth best agricultural school in the world and 3rd best in the United States. An additional 800 acres of land could only improve those rankings, consequently boosting UMass’ position as a world-class university.

UMass attracts a wide variety of students from around the country and world, but it has not achieved the niche that Hampshire has. Students at Hampshire pursue independent studies guided by faculty advisors, and the model has proven to be successful. The school boasts alumni such as actress Lupito Nyong’o, author Jon Krakauer and filmmaker Ken Burns. By incorporating Hampshire’s ideology into its community, UMass would attract a greater array of students looking for independence, alternative education and a unique experience.

Both UMass and Hampshire have been praised for being LGBTQIA+-friendly, with UMass having been ranked in the top 30 LGBTQ-friendly campuses by College Pride and Hampshire appearing in the top 20 LGTBQ-friendly colleges in the Princeton Review. As a destination for those searching for an inclusive environment, a combination of these two progressive schools would inevitably improve UMass’ recognition for being inclusive.

Although some may argue that Hampshire would lose its character if it merges with a large public research university, there is no other alternative that would guarantee a successful transition. The college could attempt to merge with a smaller, more similar institution, but a smaller institution would have a difficult time preserving Hampshire’s spirit due to its fragile financial state. In order to preserve what is left of the college, UMass must extend a lifeline to the unique gem that is Hampshire.