UMass women’s basketball with a chance to move over .500 with win over Duquesne 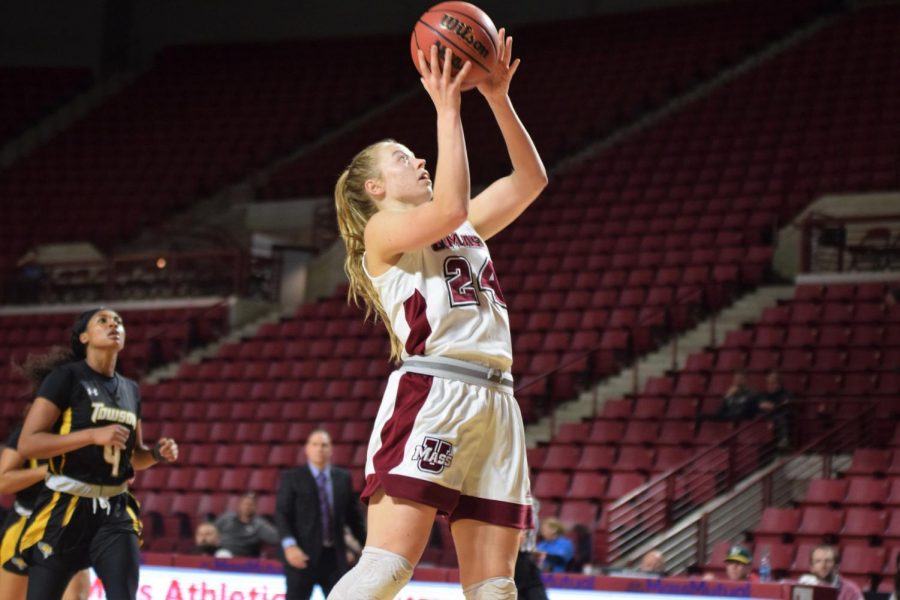 Thursday’s matchup between the Massachusetts women’s basketball team and Duquesne offers a chance for both squads to put an end to rough stretches of play.

UMass (11-11, 3-5 Atlantic 10) comes into the game losers of its last three games, the last two of which took place on the road. Despite the losses, all three games were close, with the Minutewomen losing by a combined nine points.

“We’re right there,” coach Tory Verdi said. “When you work hard, you put yourself in a position to win games.”

Duquesne (11-10, 5-3 A-10) comes in on a two-game skid of its own. The Dukes hope for a win in Amherst to boost themselves into the top four in the A-10 with the season crossing the halfway point.

“They lost their last two,” junior Hailey Leidel said, “so they’re going to be just as desperate for a win as we are.”

Duquesne features a three-headed scoring attack led by Kadri-Ann Lass. The senior is averaging 11.2 points and 6.4 rebounds per game for the season.

She is accompanied by Julijana Vojinovic and Chassi Omogrosso who average 10.9 and 10.4 points respectively. Together, the trio combines for more than half of the Dukes’ scoring.

“We need to make sure we do a great job identifying personnel and knowing what they do,” Verdi said

A win for the Minutewomen could help push the team over the hump as they head down the stretch of A-10 play. With just eight games remaining, UMass’ 3-5 record in conference has them in 10th place. A win Thursday would not only put them over .500 on the season but also bolster their conference record with only a handful of games left.

“The little thing are difference-makers,” Leidel said. “Like rebounding and the little hustle plays on 50-50 balls. All the things that don’t show up on the stat sheet but will accumulate and help us get a win.”

The Minutewomen hope to limit the number of turnovers Thursday, an area of play that has served as the team’s Achilles’ heel over their losing streak.

“We had 19 turnovers [against Richmond],” Verdi said. “People don’t notice that, but that’s points right there.”

Along with reducing the turnovers, UMass also feels it will be important to convert on the chances it has when getting to the rim. Verdi cited that his team missed 10 layups against Richmond as a major reason they lost that game.

“We’re definitely not practicing like we’re a 3-5 team in conference play,” Verdi said. “And that’s an exciting thing. Hopefully we can get over the hump.”

The Dukes and Minutewomen last faced off a season ago, with Duquesne stealing the contest 60-57 following a late-game 10-0 run.

“We just need to have faith the we can do what we need to do and what we normally do,” Leidel said.

The game Thursday will serve as the front end of a brief two-game homestand for the Minutewomen.

“Coming home always gives you a little extra motivation,” Leidel said. “So, it’s nice to have a little stretch of home games.”

Thursday’s game is set to begin at 7 p.m. at the Mullins Center.