Busy week for students at the Yuri Kochiyama Cultural Center 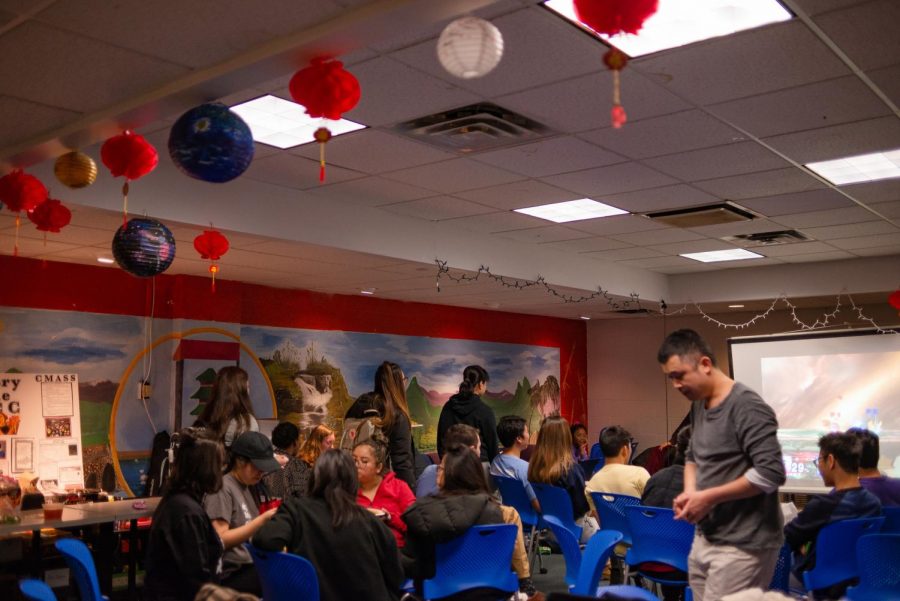 Last Tuesday marked the start of the 2019 Lunar New Year, often regarded as the largest holiday in many Asian cultures.

On Feb. 7, amidst the ongoing celebrations, students from the University of Massachusetts’ Yuri Kochiyama Cultural Center traveled to the national East Coast Asian American Student Union conference in Florida for the first time.

The ECAASU held its annual conference for 2019 from Feb. 8 to 9 in Orlando. According to the conference’s website, ECAASU’s mission is “to inspire, educate and empower those interested in Asian American and Pacific Islander issues.”

Among the group were Lily Tang, a sophomore political science major, Victoria Ung, a junior studying political science and Chona Lauyan, assistant director of the Center for Multicultural Advancement and Student Success.

Both Tang and Ung largely credit Lauyan and CMASS with helping to plan the financial and accommodation aspects of their journey. As Ung said, “Legitimately, we would not to be able to do this without CMASS.”

At the conference, roughly 50 workshops presented by college students from various universities across the East Coast were held. Tang and Ung’s workshop was titled “Asset Based Community Development,” also referred to as ABCD.

“[It’s] a restructured way of thinking about volunteerism,” Ung explained. “So when we think about volunteerism, the Western world view of it is that you give what we perceive to be the needy or those who need to be helped, we just give [to] them whether that’s through donation, through welfare programs.”

“But what Asset Based Community Development does is sort of look at those marginalized communities and it see what their strengths are so they could build within the community themselves to create a sustainable community in terms of, it could be wealth, it could be education, instead of creating this narrative that there’s givers and there’s takers,” she added.

Ung explained that ABCD is a means to lift communities up through their own means adding,  “The way me and Lily like to think about it was sort of the white savior complex. So you could see that a lot with how the U.S. interacts with other countries. For example, the commercial where it’s like ‘Save a child for 50 cents.’ Realistically, we’re not saving children for 50 cents.”

She said that while it is a “laudable effort” for people to travel to other countries and go into marginalized communities, there needs to be more internal work.

“We want [communities] to flourish through their own means, so that way it’s not perceived as them being helpless,” Ung said.

According to Tang, the ABCD model could also be applied to student and community organizing by looking at a group’s strengths, rather than at where there are deficiencies.

“It’s kind of the idea of looking at the glass half-full rather than half-empty,” said Tang. “The half-empty being the stuff they don’t have versus half-full would be like here’s what this community is really, really, really good at, so let’s empower the communities through what they’re really good at and then work with them to kind of build that power.”

“As a cultural center, that was actually something that we really wanted to key in on was that cultural aspect with Asset Based Community Development,” said Ung. “Because of how we see it in the westernized view is that what we see as the most successful model we want to implement that for other communities, when you know one size doesn’t fit all.”

She further explained: “You can’t go into a community and expect them to be remodeled into a certain structure and expect it to be successful, you have to, like Lily said, really zone in on what is strong within that community and what [are] their cultural boundaries and cultural standards, because if you don’t do that then it’s not sustainable, it has no long term success.”

In attending the ECAASU conference, Tang and Ung each had ambitions and goals from their time among other API students from across the East Coast.

“My goal is to talk to these student leaders, especially with the 2020 election coming up,” said Tang, “One thing I really want to do is to build a cross-college initiative to do more outreach within the API community voter registration-wise.”

Ung said she was looking forward to the diversity of topics in the workshops.

“I think that’s really important because some of the topics were things that the Asian American Pacific Islander community doesn’t really touch upon, so I’m excited to not only learn things, but to sort of carry that knowledge back here,” she said.

While Tang and Ung prepared and left for their journey, student organizers of the YKCC headquarters hosted a Lunar New Year celebration attended by roughly 50 guests.

In accordance with the traditional Chinese zodiac, this year celebrated the “Year of the Pig.” Students in attendance at the event were treated to a variety of Asian cultural dishes, a raffle and games on the group’s Wii console.

Despite sometimes being called “Chinese New Year” there has been a push recently to use the more broadly-encompassing umbrella term “Lunar New Year,” such as an SGA motion to change “Chinese” to “Lunar” in the UMass dining commons last year.

In many Asian cultures the holiday goes by different names, each with their own cultural uniqueness, such as “Seollal” in South Korea, “Losar” in Tibet and “Tết Nguyên Ðán,” or simply “Tết,” according to the YKCC Lunar New Year event page.

The YKCC’s move to be more inclusive was not lost on Vietnamese Student Association event coordinator My Huynh, who spoke about the partnership the VSA had in co-sponsoring the YKCC Lunar New Year celebration and the importance of representing all celebrating cultures.

“I think this is [the VSA’s] first time doing a Lunar New Year event for every type of person that celebrates it. Before it was just the regular at the dining hall Chinese New Year celebration, this year they started calling it Lunar New Year, which is nice,” said Huynh.

According to Huynh, Tết is normally celebrated over the course of three days and this year fell between Feb. 5 and 7. During Tết celebrations, Huynh also explained, there are certain superstitions to take note of in Vietnamese culture.

“We have some traditional dishes that we always eat,” she added. “There’s one that’s braised pork with egg, so that’s really lucky and really nice dish that people eat. Another one is a bitter melon soup and it has pork filling in there too and the word for it is ‘kho qua,’ which usually means ‘let the hardships go away.’”

Similar to other Asian cultures, Huynh said that older members of Vietnamese families give out red envelopes of “lucky money” to younger members, bestowing a blessing upon delivery as well. Families then play a game in which they collectively gamble the lucky money, Huynh added.

In general, paramount aspects of Tết are coming together as a family no matter how far apart one is and paying respect to elders and ancestors.

“Having an event at the YKCC makes me feel like people actually appreciate it and are willing to learn about different cultures, which I think is really helpful because it shows that, UMass specifically, that we want to welcome everyone, which is great,” Huynh concluded.

“We try to host as many events every year just to raise cultural awareness,” said Kim. “We have a pretty big Asian-American population at UMass, but it’s not just like one ethnicity so today we just try to focus [on that fact that] Lunar New Year isn’t just one ethnicity.”

In terms of the turnout for the Lunar New Year festivities, Kim said, “The turnout is great, I think it’s increasing every time I come here. I think we’re getting a lot more exposure and a lot more popularity around the center, so it’s been great.”