Be aware, and support further research 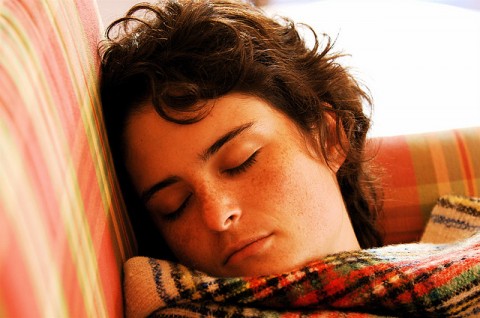 By Quinn He, Collegian Contributor

As many college students may think they have a sleeping disorder, it would be logical to consult a doctor. You might say to them, “Doctor, I think I have insomnia. I have not been able to sleep for days on end.” Your well-informed doctor then might willingly prescribe you Ambien, a commonly-used sleep aid. Before bed, giddy with the idea that you will finally be able to fall into a deep slumber, you take your Ambien and lie down for a good night’s rest. What you may not be aware of is that you forgot about your calculus assignment, so you burst out of bed to spend the next hour scribbling away. You find yourself in a delirious state of behavior, and upon waking up the next morning you see that the room is a mess, there are food wrappers on every surface, you have missed calls and texts from friends and sadly, the assignment is unfinished. Without any memory of the night before, you may ask yourself, “Did I drink last night, or was it the Ambien?” The latter might be worth the investigation.

In an environment full of both sleep deprivation and drug abuse, college students should be both more aware and more wary of medications like Ambien. Commonly known as zolpidem, Ambien is a commercially-used sleep aid that can easily be prescribed to treat insomnia or many other sleep disorders. Ambien is just one of many brand names that contain the active hypnosedative ingredient, zolpidem. Zolpidem acts by binding to the gamma-aminobutyric acid (GABAa) receptor in the brain, which causes sedation and amnesia. This would explain the “blacking out” aspect of the drug. Drugs that bind to the GABAa receptor are responsible for anxiety-treating effects as well.

Zolpidem was first introduced to the world in the late 1980s in Europe, and then became widely available in the U.S. in the early 90s. There seem to be two adverse effects from Ambien that should pique readers’ interest: First, over the past few years there have been reports of Ambien and other zolpidem active drugs being administered to patients in a persistent vegetative state leading to their waking up. Now, unfortunately, that does not mean they are fully out of their incapacitated state. Rather, a common trend seems to be that the person is able to open their eyes, move their arms and head and communicate with loved ones. Even students outside of the scientific and medical fields should recognize the potential for further research into these kinds of miraculous effects.

However, there is a second and potentially dangerous adverse effect. Some zolpidem users may experience side effects, while others may take Ambien and purposely attempt to break free of the sleep-inducing arms that drag them into slumber. These are people using the drug in order to fall into a delusional, hallucinatory state. These individuals may go on to experience deep hallucinations, changes in mood, disinhibition and amnesia. One report describes a woman talking on the phone with her boyfriend after ingesting zolpidem and having a completely coherent conversation. The boyfriend later found out she was under the influence of zolpidem and hadn’t a clue. At other times, people taking this drug may speak incoherently. More serious behaviors that arise in certain individuals are behaviors like sleep-driving and sleep-eating. Similar to sleepwalking, the individual does not remember the event. Sleep-eating is the less serious of the two, but one can imagine people potentially experiencing increased weight gain with no recollection of how they overate. Obviously, this could lead to heath complications from obesity later in life, but events such as sleep-driving can have a timelier and more harmful impact on an individual, and could also incite legal trouble. A multitude of case reports tell of car accidents, high-speed police chases, assault and many other fascinatingly bizarre accusations while intoxicated by zolpidem, and this is just one of many prescription drugs that can be readily used and abused by anyone.

Zolpidem is a commonly used medication to treat people suffering from insomnia. Under certain circumstances it causes parts of the brain that were thought to be dead to spring to life just 30 minutes after ingestion. In other cases, it causes delusional states and total amnesia with the potential for users to harm themselves and others. Therefore, medication like Ambien has the potential to change lives in the future, but there needs to be more research done to study how this drug can readily and more effectively treat people suffering from such cases. In the present, students should be both aware of zolpidem’s beneficial effects and cautious of the amnesiac and delusional effects that may incite hazardous behavior.