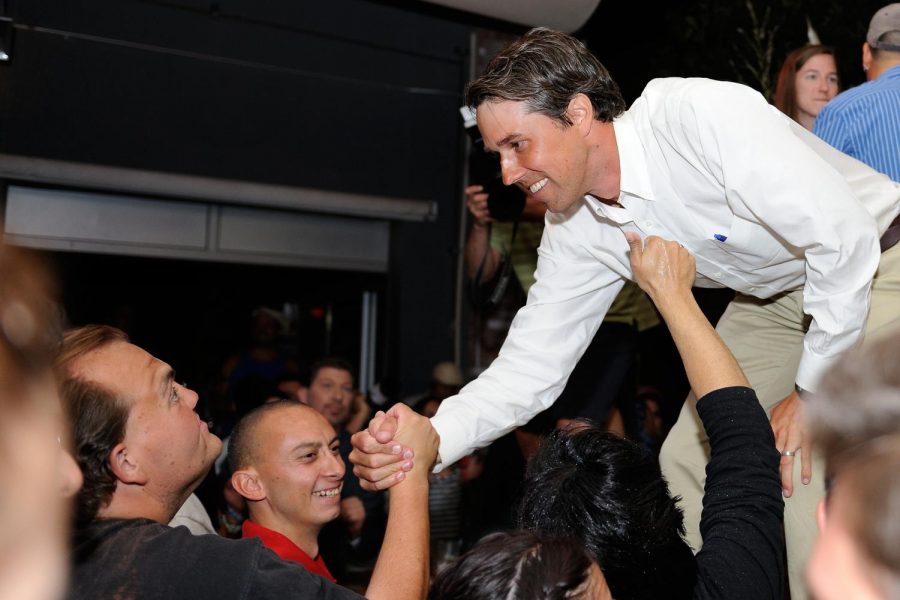 Just a few days ago, Beto O’Rourke, a Democrat from Texas, announced his candidacy for the 2020 presidential election. The former Congressman is a vocal critic of President Trump and has an ambitious drive to somehow slay the giant in 2020. O’Rourke owns the role as the underdog and believes he “was born for this.” But can this Democrat from one of the most conservative states in the union actually go the distance?

At first glance, O’Rourke looks like your average fellow. He’s a family man with a wife and three kids and he was born and raised in Texas. However, beneath the surface, there is ambition and drive that we didn’t see in the previous election. Standing at six feet, four inches, O’Rourke looks the part too. The image of a candidate is important to a campaign’s success, and the Trumps have already tried to peg him as a loser. He does look a little dorky, but his personality makes up for his lack of style points. His oratorical skills and energy are superb, and he is already garnering plenty of hype just a few days after his announcement. The fact that Trump and his sons have already taken to social media to bash this guy suggests they fear him. If he weren’t a threat, they wouldn’t even think twice about him.

O’Rourke was the underdog in 2018 against Ted Cruz for the Texas Senate race and lost by only three points. Although O’Rourke came up short, he was able to garner so much support, which certainly raises some eyebrows. The appealing thing about O’Rourke is that he’s not some hard-core liberal whiner. He’s positive, optimistic and a seemingly interesting dude. He even used to play bass in a punk rock band back when he went to Columbia. His punk rock phase may come across as a bit abnormal and goofy, but it highlights a quality within him that is very unique among politicians. He simply doesn’t care about haters. If you’re going to openly be a punk rocker, you’re embracing a counter-culture, which makes you different. It’s neither a good nor a bad thing but at the end of the day, at least this man isn’t some square.

As far as his policies go, O’Rourke is a huge advocate for going green and bracing for the impending climate changes. He understands that if we don’t clean up our act in an eco-friendly way, our country and planet may be doomed. Though, like every other politician, he hasn’t told us exactly how he plans to combat climate change, but at least he acknowledges the issue. O’Rourke also notes that one day, if we don’t change our ways, parts of the world will become uninhabitable, spurring mass migration trends. Even though this could happen a century from now, it’s encouraging to hear a candidate be so adamant about changing the future for generations to come. O’Rourke also wants to save a lot more than just the Earth. He believes that our democracy is in grave danger. His argument revolves around the idea that the power and representation in our nation is trending toward special interests of corporations, as opposed to the people, unless we take it back. Again, O’Rourke uses his status as an underdog to fuel the fire. It’ll be interesting to see the measures he’ll propose to reach this goal but for now, he’s got our attention.

Based on the competition in the Democratic Party right now, O’Rourke should be nominated, though that’s a lot farther down the line and many more candidates are expected to join the race. Kamala Harris and Elizabeth Warren are too far left to snatch up any voters on the bubble. This should be O’Rourke’s bread and butter. What it all boils down to is electability, and with O’Rourke’s personality and likability, he should be able to make it happen. As long as he brands his name correctly and paints a narrative that Americans are attracted to, he’ll be in good shape. He’ll just have to do some explaining for some of the questionable things he did when he was younger. Though the same can be said for everyone in this world, right? 2020 is going to be a nasty one, but O’Rourke seems to be up to the challenge.