‘Captain Marvel’ is just the start: Marvel is moving toward more diverse storytelling 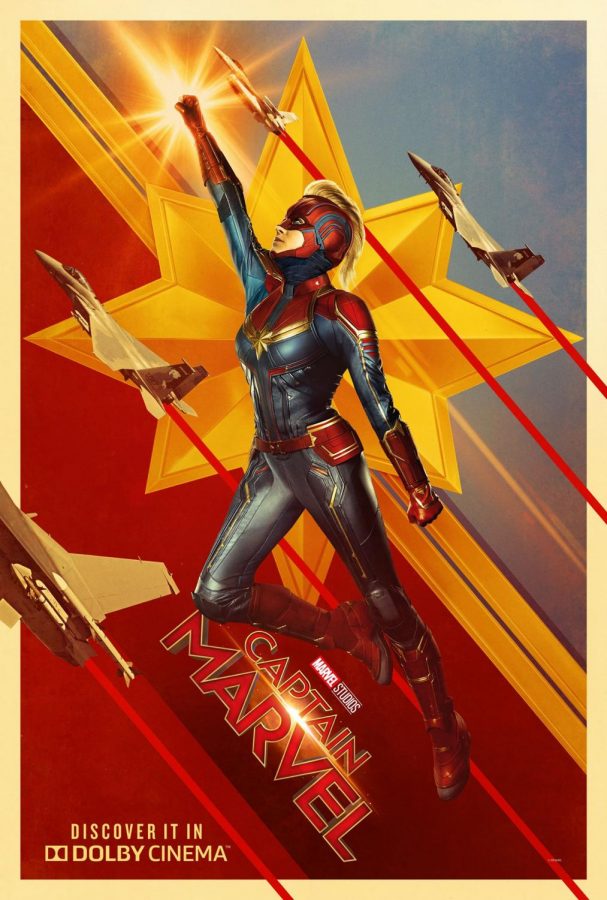 When Marvel announced they would be making their first female-lead superhero film, “Captain Marvel,” rather than welcoming another female superhero into the world with open arms, many responded by pitting “Captain Marvel” against the only other major female-led superhero film, “Wonder Woman.” In response to the announcement of Captain Marvel, HuffPost Entertainment tweeted “Step aside, Wonder Woman.”  This is just one example of several Internet threads that debated who would win in a fight or which film would be superior.

Why is it that the two females must be compared and cannot coexist peacefully in the realm of superhero films? There is little to even compare between the films, because they are different in most aspects; they have different plots, different visual styles and they come from different comic book giants. The only thing they have in common is they are both female superheroes.

It is because society has been “conditioned to believe there is only room for one” powerful female in any given field. This does not happen with male-led superhero films. There are countless male superhero films, and though the male characters are compared, it is not to the same extent “Wonder Woman” and “Captain Marvel” have been. No one tweeted “Step aside, Iron Man” when Marvel announced the first “Captain America” film.  However, with women, it seems as soon as a new female superhero is on the scene, the world expects the past one to become irrelevant. It is tokenism that is often associated with minority groups in the media, which is just a form of sexism or racism in disguise.

This tokenism in the superhero film world is reflective of the way females are treated in many other industries. It seems like any time a woman becomes successful in her field she is deemed the “new successful woman of that field,” rather than allowing multiple females to have success in any given field. We see this in the comparisons of Cardi B and Nicki Minaj, Beyoncé and Rihanna, Meghan Markle and Kate Middleton and many more.

However, the female stars behind these powerful superheroes have shown nothing but support for each other, proving the competition between these two women is entirely imaginary. Gal Gadot wrote on her Instagram story after the opening weekend of “Captain Marvel:” “I’m so happy for you sister! Congrats.” She shared this message along with a piece of fan-made art work of the two superheroes arm in arm.

These comparisons have not been the only negative feedback the film received prior to its release. Brie Larson told Entertainment Tonight before the film’s release that “she had spoken with Marvel about making the film a big feminist movie;” therefore, many immediately deemed it another “social justice warrior” film. One audience reviewer said they were “tired of all this SJW nonsense.” The film received so many negative comments on Rotten Tomatoes before it even came out, that Rotten Tomatoes made major changes to their rules as a result. They eliminated prelease audience reviews, stopped displaying the percentage of moviegoers who say they “want to see” a film and removed the “not interested” button.

Despite the negative press leading up to the film’s release, it went on to have the “biggest worldwide opening of all time for a female-fronted film” grossing $455 million worldwide in its first weekend. This makes “Captain Marvel” yet another example that women are more than capable of leading box office hits. On top of the impressive special effects and spectacular production design, Larson’s performance in the title role made this film stand out from other Marvel films. She portrayed the widely-loved comic book character with charisma and strength; honoring the character as people know and love her, but also giving her a unique touch. Larson told Entertainment Tonight, “I feel pressure in that it’s a character that people love and are inspired by and I see that…I want to do right by that.”

Audiences crave these diverse stories, and Marvel is making progress toward representing more diverse perspectives with films like “Captain Marvel” and last year’s first African-American led superhero film, “Black Panther.” Part of the reason Marvel is being so proactive about telling more diverse stories is because Marvel creator, Stan Lee, was a huge advocate for ending social and racial injustice. He began a 1968 column by saying “Bigotry and racism are among the deadliest social ills plaguing the world today.” Lee, who passed away last November, makes his final cameo in a Marvel film in “Captain Marvel.”

In an increasingly diverse U.S. population that is almost 40 percent minority, it only makes sense that more diversity on screen would make for a better movie. People want to see more varied representation of the population in the films they consume. Though Marvel still has a long way to go in representing the population, as they have yet to make Latino or Muslim leading characters, they are working toward creating a cinematic world that reflects the way people want the world to be. There has been talk of making another female-led film about the most prominent female avenger, Black Widow (portrayed by Scarlett Johansson), and Marvel recently announced they are going to be making the first Asian superhero installment, “Shang-Chi,” to be directed by Destin Daniel Cretton.