Cerasi and Connaughton dominate in 24-5 win over George Mason 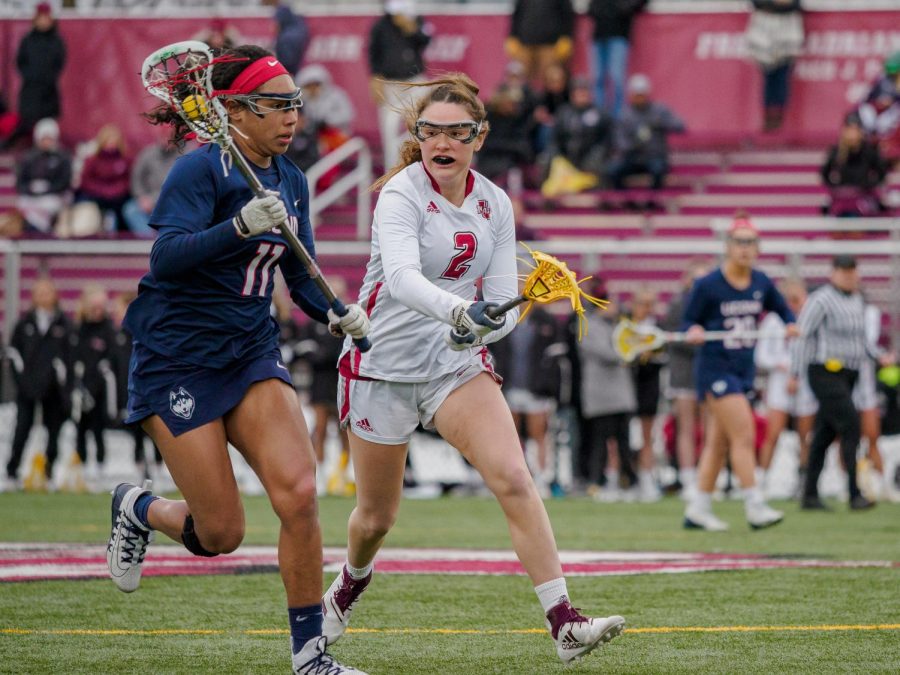 On a Friday afternoon from Garber Field, not even a drizzle of rain could extinguish the red-hot Massachusetts women’s lacrosse team. Attackers Kaitlyn Cerasi and Haley Connaughton caught fire, combining for 11 goals on 19 points against an outmatched George Mason team.

At the top were Connaughton and Cerasi, who managed to dominate the offensive statistical categories. Cerasi lead the team in goals, with six, and managed to rack up the highest amount of shots on goal for the Minutewomen. Connaughton lead the team in overall points for the day, tying the school record for a single game with 10.

“They were very player focused; they had their certain matchups,” said Cerasi on the Mason defense. “They weren’t really switching on certain players.”

“We just really came out dictating,” said Connaughton. “They kind of fell into our offense and that was really important [for us].”

Cerasi and Connaughton have combined for 98 points so far this season while they also both sit in the top three for point-getters on the team.

Despite dominating the stat sheet, both were quick to praise the team as a whole.

“Everyone on offense did their job. That’s why we had so many goals,” said Cerasi.

“We were really running our offense [well],” said Connaughton. “It’s [about] getting all of us open and not just one or two of us. We definitely showed today that we have a lot of scorers … our whole team can step up.”

The Minutewomen were on their shooting game, converting 80 percent of their shots on goal into scores.

“Our efficiency was great,” said McMahon. “This is probably one of our best shooting games in terms of shooting percentage.”

“We really want to use this game as a catalyst to continue to get better and better as we move forward,” said McMahon.

UMass will look to close out a three-game homestand when they host Saint Joseph’s on Sunday afternoon. Game is slated for a 1 p.m. start at Garber Field.