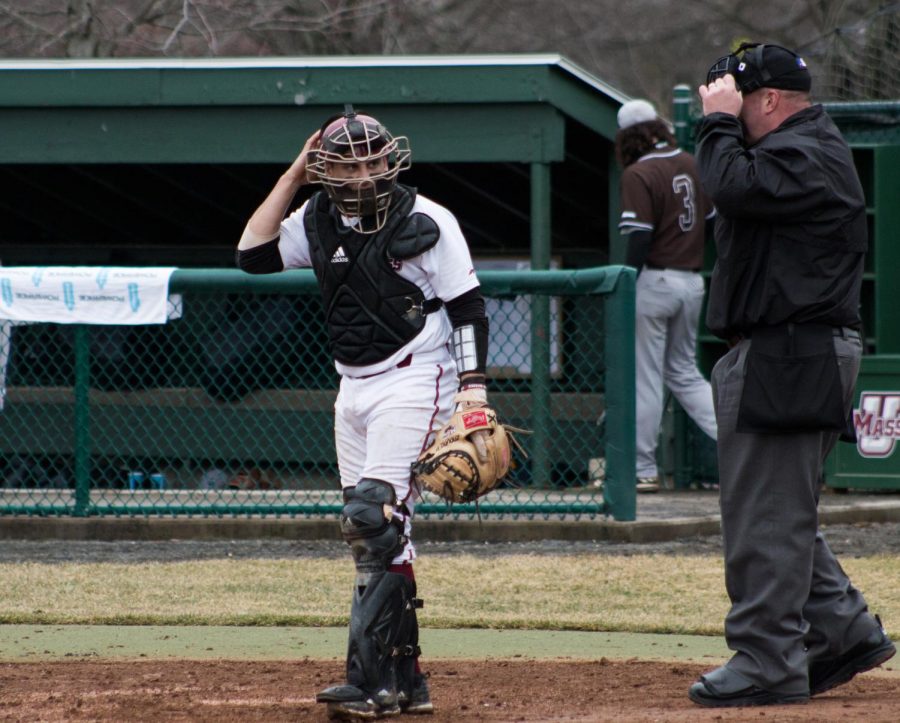 No. 8 Vanderbilt outclassed No. 14 Florida on Saturday to secure its first series sweep over the Gators since 2007.

Although pitcher Tyler Dyson kept the Commodores (19-5, 4-2 Southeastern Conference) under control for three innings as Florida (16-10, 1-5 SEC) built a 2-0 lead, Vanderbilt’s Stephen Scott hit a grand slam to put the Commodores in control.

In the sixth, freshman catcher Philip Clarke hit a three-run homer to push Vanderbilt’s lead even further, and junior Harrison Ray scored from third to push the Commodores ahead 8-2. A pair of two-run doubles from Ray in the seventh and sophomore Austin Martin in the eighth put the game hopelessly out of reach for the Gators.

The crack of the bat was heard loud and often at Dudy Noble Field Sunday as No. 2 Mississippi State defended its home field against No. 16 Auburn in a 20-15 slugfest to win its weekend series.

After both teams combined for nine runs in the first three innings, the Tigers (22-3, 4-2 SEC) sent 11 batters to the plate in the top of the fourth, scoring seven runs, to finish the inning ahead 11-6.

Down by five runs—but with five innings left to play—Mississippi State kept Auburn (20-4, 4-2 SEC) silent in the top of the fifth and scored four runs in the bottom of the inning, including a two-run homer from sophomore Jordan Westburg, to pull within one.

The Tigers got a run back in the sixth, but a bases-clearing double from sophomore Rowley Jordan in the bottom of that inning put Mississippi State ahead 13-12.

Despite sophomore Judd Ward’s three-run blast in the seventh, Auburn could not keep the Bulldogs’ bats quiet as Mississippi State scored seven runs over their last two at-bats. Cole Gordon put the game away for the Bulldogs with the game’s only perfect inning in the top of the ninth.

Catcher Dustin Skelton had a career-high four hits for Mississippi State, while Jordan and freshman Brad Cumbest had three.

For Auburn, four different players – Edouard Julien, Conor Davis, Ryan Bliss and Kason Howell – recorded three-hit games. Mississippi State’s 20 runs accounted for the most scored by the Bulldogs in an SEC contest since 2000.

Capping off a competitive weekend, No. 5 Georgia defeated No. 10 LSU 9-7 to claim its first series victory over the Tigers since 2011.

After two and a half scoreless innings, the Bulldogs (21-3, 5-1 SEC) got things going in the third in explosive fashion with designated hitter John Cable’s second grand slam of the season. LSU (17-7, 4-2 SEC) cut the lead to 4-1 in the top of the fifth off a sacrifice fly from senior Brandt Broussard, but the Bulldogs extended their lead to 6-1 in the bottom of the seventh.

Facing defeat, the Tigers rallied back in the top of the eighth with four runs, including a two-run shot from sophomore Daniel Cabrera that cut the lead to 6-5. However, Georgia responded in the bottom of the eighth with a two-run blast from catcher Austin Biggar and a solo shot from junior Tucker Maxwell to go up by four.

LSU loaded the bases late in the ninth and brought in a run, but freshman Giovanni DiGiacomo grounded out to second, bringing in a run but finalizing the game at 9-7.

With the victory, Georgia improved to 21-3 overall and 5-1 in the SEC. Maxwell’s home run was his sixth of the season, and his two stolen bases in the seventh made him 11-for-11 on stolen base attempts on the season.

Mike Townsend can be reached at [email protected]