An inquisition on values and beliefs 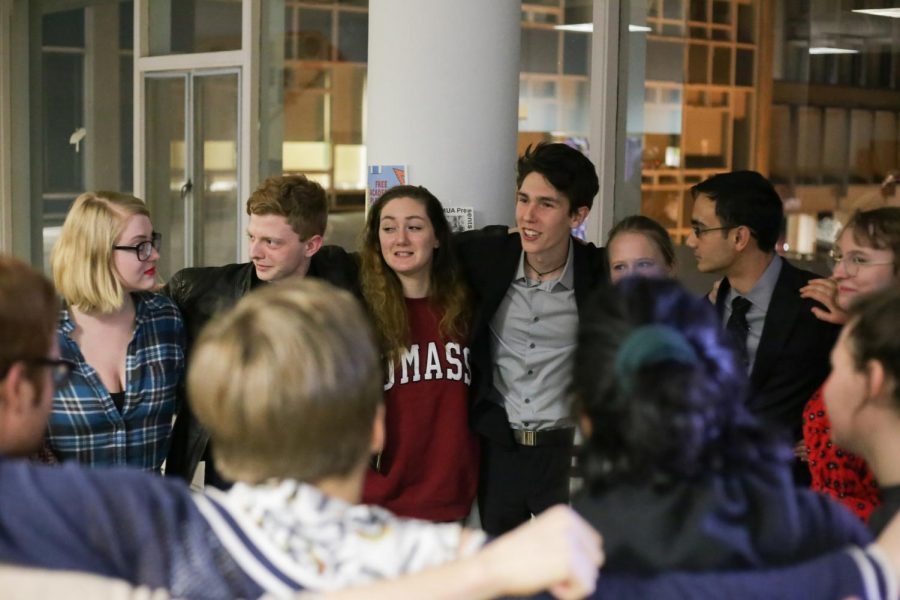 The University of Massachusetts promotes  “building a community of dignity and respect,” yet the treatment I was given by my peers in the Student Government Association included anything but those qualities. It was a slap in the face to open-minded, welcoming individuals across campus.

Student government has been a passion of mine since high school; I love serving people and helping those around me succeed. When I joined the UMass SGA as a wide-eyed freshman senator, I learned the procedures, played by the rules and took passion in all that I did.

Come sophomore year, I took the first semester off to focus on my personal life and my other passion on campus, the UMass College Republicans. It’s been an honor to help promote conservative ideals on campus.

I interviewed for a vacant seat in the SGA and was selected. At my hearing before the Senate, I stood at the podium, unabashedly clinging to my convictions as I mentioned my involvement in the College Republicans. It felt as though the air in the room had been sapped. I called for the following generally-conservative beliefs: smaller, transparent and responsible student government. Questions from the Senate followed. For a hearing meant to be a formality, it was an inquisition on my ideas and integrity.

I said we needed to work with the UMass administration instead of claiming generalizations about their positions. I also encouraged more campus discussion and outreach through student consultation processes, which have been ignored. However, I was interrogated on my ability to promote dialogue.

In the past year, the College Republicans’ Dave Rubin event welcomed over 300 students. Our Sean Spicer event was one of the biggest political events for the chapter, drawing over 800 people. Does bringing speakers that attract hundreds of students and protestors alike not qualify as dialogue? Do we not need dialogue from more than one just sect of the political spectrum?

One question that saddened me was when a senator questioned my ability to work with every member. I had worked with nearly every senator the previous year, and the only difference now was that I was an open conservative. Flustered, I said some of my best friends were Democrats and received mocking laughter from a sea of far-leftists, clearly unable to rationalize opposing opinions.

The typical Senate hearing lasts under 10 minutes and overwhelmingly approves candidates. Mine was notoriously longer; I was interrogated on every angle of my opinions which were unpopular, but completely irrelevant for this situation. For the first time in a while, a Senate nominee was denied because people didn’t like what I had to say. When I was denied, applause roared from those with opposing viewpoints.

I stood up for conservative ideals and refused to bend my knee to far-left ideals. Being afraid is no longer an option. Conservatives must go beyond hosting speakers. Qualified open conservatives must be allowed to represent their fellow students without the fear of political persecution.