Luwane Pipkins indicates he will likely transfer from UMass 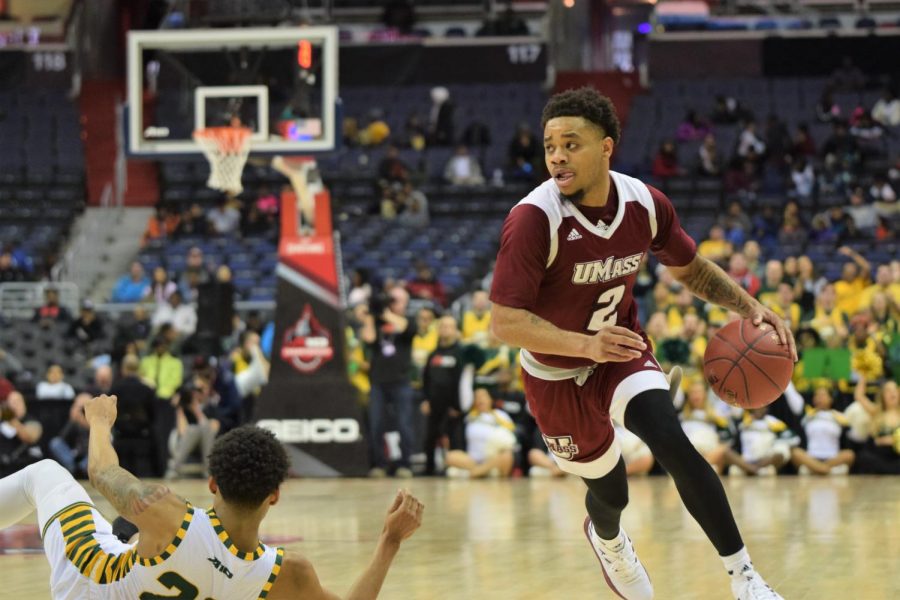 Just hours before the Massachusetts men’s basketball team was set to take the floor against Richmond for its final home game of the season, it was Luwane Pipkins who made the biggest news of the night before tip-off.

Transfer rumors have been swirling around Pipkins for months, and the junior guard seems to have announced that he will likely be leaving at the end of the season on a Snapchat story Wednesday night.

Pipkins posted an image of his No. 2 UMass jersey with the caption “Been through a lot of ups and down with you my love let’s take this last ride… last home game in a umass [jersey].”

After a breakout 2017-18 season, Pipkins has struggled at times this year through shooting woes and injury problems and was expected to return to the lineup Wednesday night for the first time since Feb. 20.

With the Minutemen in the midst of a down season and Pipkins having a down season of his own, as well as the likely interest he will draw from Power 5 programs, it was never a secret that Pipkins was likely to leave the program, especially as Pipkins is on track to graduate this spring and will be able to grad transfer without sitting out for a year.

Pipkins has averaged 16 points and 3.7 assists for his career at UMass, having set a career-high last season averaging 21.2 points a night to earn an Atlantic 10 Second Team All-Conference nod.

Pipkins is currently 13th on UMass’ all-time scoring list, and fifth in 3-pointers made.