Over three arrests were made over ‘Blarney’ weekend 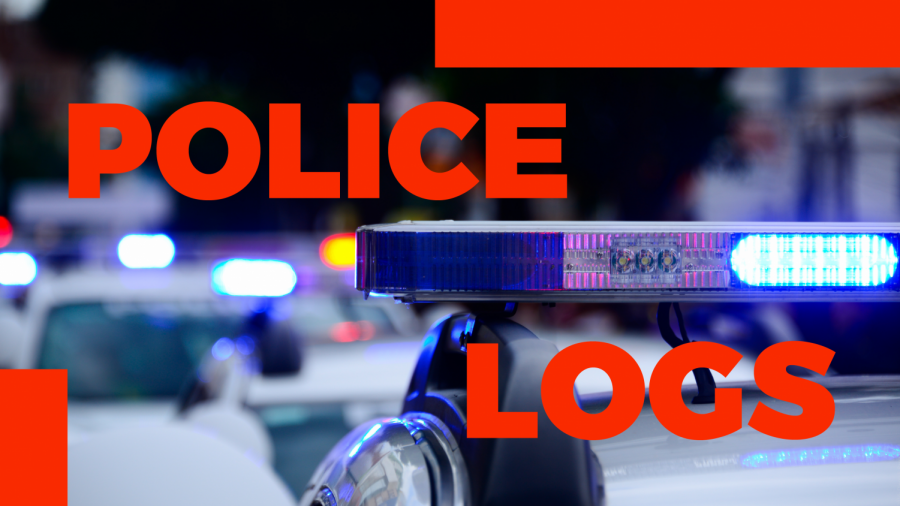 By Alvin Buyinza , Will Mallas, and Irina Costache

The following police logs are from the University of Massachusetts Police Department from Friday, March 1, 2019 to Sunday, March 3, 2019.

12:01 a.m..: A white 2008 Jeep Compass was stopped for a headlight violation at North Residential Area at the University of Massachusetts. The driver was issues a verbal warning by UMPD.

5:33 a.m.: A traffic warning was issued to a 2016 Toyota Camry on Eastman Lane. The stop was initiated on the intersection of Governors and Commonwealth.

8:47 a.m.: A 2004 Honda Accord and a 2015 Hyundai Elantra we’re stopped at Presidential Drive. They were both issued traffic warnings.

8:57 p.m.: An operator of a white Range Rover was issued a verbal warning for stopping on Tobin Road, for an offense that was made on Massachusetts Avenue.

12:06 a.m.: An individual was carrying a six pack of Twisted Tea outside Pierpont Hall. The individual stated that he obtained the alcohol from Main Street. Friends told the officer that they were drinking at a fraternity. The individual was given a verbal warning for being a minor in possession. Party voluntarily dumped out the alcohol.

10:21 p.m.: An intoxicated male was reported outside of the John Adams dormitory on 161 Fearing St. The male party was conscious and not very alert. The party was checked to be okay and will be going to his room.

10:21 a.m.: The PVTA states that a white SUV parked in the crosswalk made it difficult to turn into the mall at the Haigis Mall bus stop.

3:17 a.m.: An officer spoke to an Uber driver who found a black iPhone in her car. She believes it was left by a UMass student. The officer spoke with a party via the recovered phone claiming to be the owner. The owner stated they may claim the phone during the day on March 1, 2019.

4:35 p.m.: A party in the lobby dropped off an ID found in the Integrative Learning Center. Additionally, a Connecticut license was found in the ILC at 6 p.m..

6:52 p.m.: An ID was found in the snow outside of South College, as well as a Connecticut license.

7:19 a.m.: An alarm sounded at 390 North Washington St. in Belchertown, MA. However, there was no call from the location.

9:53 a.m.: An operator of a 2008 Jeep Liberty wished to speak to an officer over vandalism at 100 Forestry Way. An incident report was completed.

11:52 p.m.: A black 2004 Hyundai Sonata was stopped on Massachusetts Avenue due to a defective headlight. A verbal warning was issued.

6:16 p.m.: An officer found a bike in lot 22A – there was a log check which indicated that there was no bike stolen during that time. The officer moved the bike to the side so it is not struck by a car.

6:30 p.m.: Three male parties at 151 University Dr. were arrested and bailed for court. One of them was found to be in possession of Class B drugs.

7:05 p.m.: Four male individuals were arrested on Kennedy Road. One of the individuals was under 21 and charged with possession of alcohol.

11:27 p.m.: After leaving their Lyft, reporting parties in Prince Hall dormitory stated that they were made uncomfortable by the driver’s interactions with them. They furthered that the driver attempted to take them to a hotel with him and was making unwanted statements that were sexual in nature. The involved parties were informed that an incident report would be filed and were advised to also contact Lyft Customer Service. They were handed a Safety Resource Card.

12:05 a.m.: A motor vehicle on Governors Drive was stopped for no headlights. A verbal warning was issued.

1:41 a.m.: An Andover man operating a grey 2018 Honda SE Civic was stopped on Tobin Road. The passengers were given verbal warnings for seatbelts, and one passenger was removed.

2:32 a.m.: A man was arrested at Butterfield Terrace following a traffic stop. He was driving in a Gray 2015 Toyota Rav4 with another male party. The operator was given and passed a field sobriety test. He was arrested for unlicensed operation of a motor vehicle and was later released on bail.

6 a.m.: A South Hadley man driving a Blue 2008 GMC Sierra was stopped on Commonwealth Avenue at the Honors College for following too close. The operator issued a verbal warning.

9:45 a.m.: A woman driving a grey 2016 Mercedes 4D was stopped on Sunset Avenue for travelling at a high rate of speed. The operator was issued a verbal warning.

5:39 p.m.: A Millers Falls man driving a blue 2001 Chevy Silverado was stopped on Campus Center Way. He was issued a summons for operating a motor vehicle with a revoked license and a suspended registration.

12:17 a.m.: The Amherst Police Department was requested and en route for an ankle injury. The involved party was sent to the hospital.

1:38 a.m.: An East Boston man and a South Boston man were attempting to relieve themselves on the side of Clark Hall on 251 Stockbridge Road. The parties were advised to find a bathroom.

5:36 p.m.: APD stated there was a Hispanic male running on the UMass campus without pants, but UMPD declared the area search negative.

6:21 p.m.: An Amherst man reported that another Amherst man had threatened him with what was later identified as a ball pump at the UMass Recreation Center. The suspect was on the scene and both parties were told to stay away from each other.

8:30 a.m.: Officers were stationed at the Mullins Center on 200 Commonwealth Ave. for the Mullins Live concert.

9:59 a.m.: An officer reported that all four doors in the Whitmore Administration Building facing Presidents Drive were open and the door to room 231 was open. Room 231 was locked and the main entrance was secured by a magnetic lock.

6:28 p.m.: A Pepperell women driving a grey 2003 Toyota SE Corolla was stopped on Thatcher Road for a stop sign violation. The operator was issued a verbal warning.

6:37 p.m.: An Amherst man driving a white 2011 Toyota Prius was stooped on Commonwealth Avenue for a marked lanes violation. The operator was issued a verbal warning.

12:23 p.m.: A Turners Falls man reported a vehicle in his parking spot at the Campus Center Garage on 91 Campus Center Way. The vehicle was towed to Ernie’s Garage.

1:46 a.m.: An intoxicated male was reported in Gorman Hall dormitory. The subject was in and out of consciousness. The subject started to mumble swear words and things about Christmas. Subject also started to vomit. No one on the scene was aware of where he was drinking, or how he obtained alcohol. The subject was taken to Cooley Dickinson Hospital.