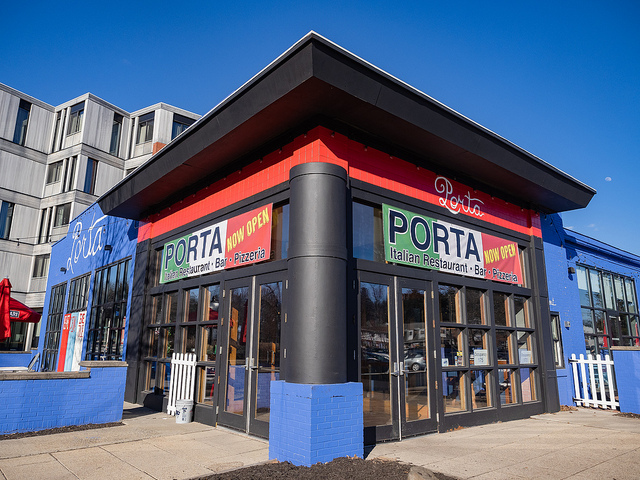 By Kathrine Esten and Alvin Buyinza

The business account, which is now shut down following numerous complaints to Instagram, left Annunziata’s control sometime during the day on Saturday when it began posting critical comments about Annunziata and his business.

According to Annunziata, the first post claimed the restaurant was closed, which hurt business on Saturday night “tremendously” as fewer patrons came for dinner than on previous weekends. A second post Annunziata saw called for people to “Come in, order drinks, don’t pay and leave.” Annunziata said he saw one group consider following through.

“They ran out, they didn’t leave a tip, but they did [pay their] bill,” he said.

By Tuesday afternoon, the account had been disabled by Instagram, but according to Annunziata, serious damage was done.

Some comments were “violent,” Annunziata said, and a post even involved his 10-year-old daughter. He claimed that her private account began getting messages attacking Porta and calling for the restaurant to be closed.

In the aftermath, Annunziata is investigating who was responsible for the hack. Self-defined as “not tech savvy,” Annunziata gave control of the account to two employees, both of whom denied responsibility for the negative material issued over the weekend and on Monday.

Trying to find a possible explanation for the hack, Annunziata said it could be a former employee upset with the restaurant or a competitor threatened by the restaurant’s popular karaoke night last Tuesday. He noted there has been a high rate of employment turnover, with some starting who “just didn’t fit into our place.”

Annunziata, whose restaurant is in the local Chamber of Commerce, said a ribbon-cutting event was cancelled last Friday on the day of the event apparently due to complaints from other businesses in town. He added that the Chamber wouldn’t tell him which businesses were involved.

“I’m hoping that my customers know what kind of place this is and actually come to my rescue,” he said.

The Amherst Chamber of Commerce did not respond to requests for comment.

Annunziata spoke about planned restaurant development targeting the student population, including a Sunday morning buffet and a Class II license to be open until 1 a.m. Other proposed events included a mechanical bull night, country line dancing and DJ events.

“That was our plan,” he added.

However, according to an article from the Daily Hampshire Gazette, Amherst Building Commissioner Rob Morra claimed to have seen patrons in the establishment until 1 a.m, though Porta is only supposed to operate until 11:30 p.m. under its current license. Additionally, Morra is set to believe Porta is operating as a nightclub as well with their dim lights and “loud music.”

Morra wrote a memo to the establishment saying they cannot operate as a nightclub due to the different “occupancy classification from what has been applied for to date.”

Now, the restaurant is battling community rumors of misconduct, all of which Annunziata emphatically denied.

“We’re not doing anything wrong here. They’re saying we’re serving minors, we’re selling drugs in the bathroom, all of these rumors are coming up and none of it’s true,” he said. “Everyone’s just jumping on the bandwagon, trying to get a shot and everybody’s joining together.

“If I could get people to stand up for Porta, hopefully we’ll save it.”

Last Saturday a police report was filed claiming that Annunziata hadn’t paid two former employees, owing each of them approximately $2,500.

Despite this, Annunziata claims that all 30 of his employees have been getting paid and nobody has come forward with this alleged information to him. Regarding the police report, he added he hasn’t heard from the police department or “any claims about that.”

Outside of Amherst, Porta is still in litigation with New Jersey company Pink and Red, LLC, who own and operate a chain of restaurants similarly named Porta. In a March 5 motion to dismiss, Annunziata argued the case has a “lack of subject matter jurisdiction.” According to Annunziata, the plaintiff fails to show injury, or “an invasion of a legally protected interest” as a result of the dispute.

Annunziata’s argument makes multiple claims to counter the initial suit, particularly on the issue of alleged trademark violations. While acknowledging the existence of the plaintiff’s “PORTA” locations, Annunziata wrote in the motion that his use doesn’t violate established commercial law due to its lack of interstate operation.

During his interview, Annunziata said his restaurant resembled only one of the locations, but overall “it’s a different concept.”

He doesn’t plan to make any changes based on Pink and Red, LLC’s claims.

“To change anything because some greedy businessman from New Jersey is worrying about, he might lose two customers, is not something I’m willing to do,” Annunziata said.

Following the motion, Pink and Red, LLC issued more evidence to the court to support their initial suit. The case is still open in the Springfield District Court as of March 26.