The importance of being an ally 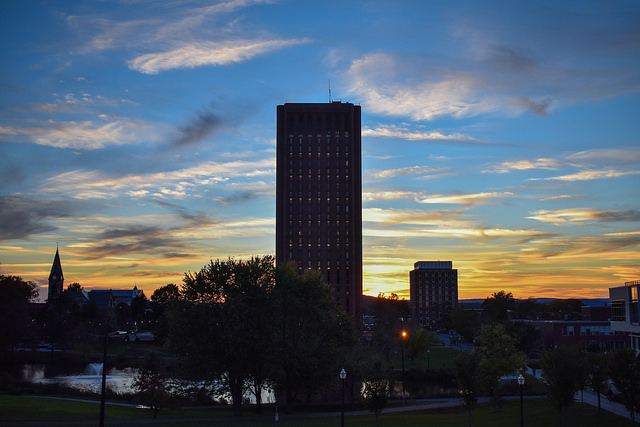 As a member of the three least-oppressed groups in American history (heterosexual, white and male), it is difficult to complain about my situation. There are few things I have to worry about on a day-to-day basis – something that cannot be said for many groups in today’s society.

But just because I don’t have to worry about things happening to me does not mean that I have an excuse to stand back and witness others being oppressed. It is my duty to be an active ally with oppressed communities and voice my support for those that are disregarded for who they are.

I’ve witnessed blatant denials of privilege from multiple people I know throughout the years, and it is often difficult to describe to them what it means to be privileged. Many people get angry and begin yelling or become uncomfortable and refuse to engage in a conversation. However, privilege really isn’t a difficult concept to grasp.

Here are three indisputable situations that someone sharing my characteristics do not have to worry about on a daily basis:

As a straight, white male, I don’t have to worry about walking with headphones in at night.

As a straight, white male, I don’t have to worry about the repercussions for being attracted to someone.

As a straight, white male, I don’t have to worry about being killed for my skin color.

These heinous crimes are committed by white men around 57 percent of the time, with the next largest group being Black men at around 27 percent. These statistics are indisputable: White men must acknowledge that they are the root of the problem.

Men also experience sexual assault, but on a much smaller scale. According to studies by RAINN (Rape, Abuse and Incest National Network), only one out of every 10 rape victims is male, and only three percent of males have been a victim of a sexual assault or rape in their life. It is wrong to disregard the fact that males can also be victims of sexual assault, but it still holds true that, as a male, sexual assault is not something that I have to be constantly worried about.

As a straight male, my privilege is even more pronounced.

Being a teenager is difficult enough, but members of the LGBTQIA+ community must face unprecedented challenges. According to Mental Health America, they are more than twice as likely to experiment with drugs and alcohol, two and a half times more likely to harm themselves and four times more likely to commit suicide than their heterosexual counterparts. No matter your religion or ideology, people should support saving the lives of teenagers, regardless of sexual orientation.

According to an analysis of Federal Investigation Bureau data by The New York Times, LGBTQIA+ people are most likely to be targets of hate crimes out of all minority groups. These are just some recent victims of violence due to their sexual orientation, including one man who was murdered with steel-toed boots and a mother and daughter who were found burned in their home: Steven Nelson, Rae’Lynn Thomas, Danielle Smith and Teresa Jackson, George and Chris Zander, Mark Carson, and Larry and Daniel Lennox-Choate.

It is no secret that people are frequently murdered in the US for their skin color as well. According to the FBI’s 2012 homicide report, 31 percent of people killed by police in 2012 were Black, while 52 percent were white. Black people made up 13 percent of the population. White people made up 63 percent.

These statistics are indisputable and outrageous.

The report came out in 2012, as noted. That is the same year that Trayvon Martin was gunned down by George Zimmerman in Florida. Recently, a young Black man was shot 25 times in four seconds by six police officers. Has much changed?

These racist, violent actions may have occurred across the country, but the University of Massachusetts is also at risk of such violence. The fall semester of 2018 proved ominous with multiple hate incidents littering campus, most notably the racial slur graffiti in Melville, which no one was punished for.

Please, use your privilege to be a voice for change. The only way to make this country, and even UMass, safe is for everyone to come together and actively work to eradicate hatred.