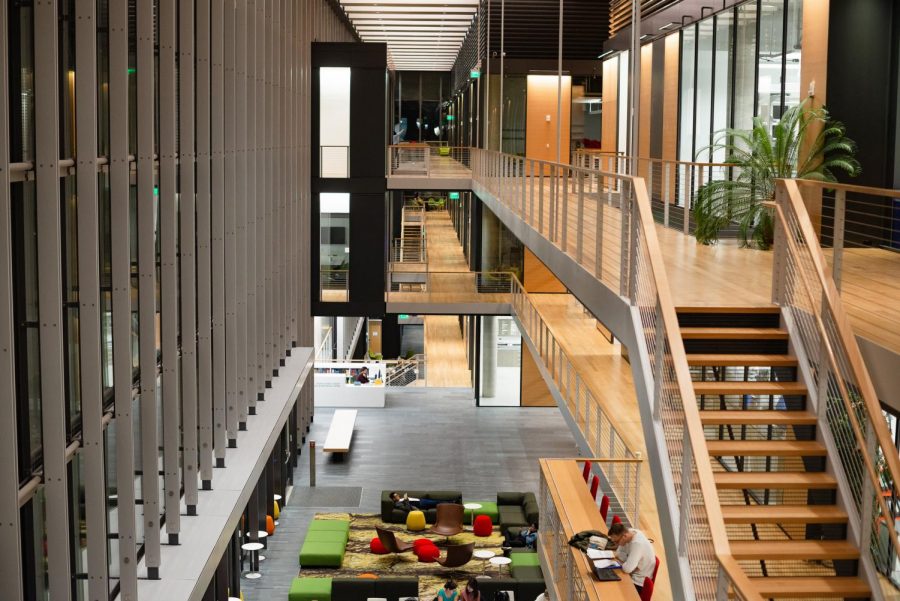 President of Amherst College Carolyn “Biddy” Martin introduced Jack and listed his many achievements since graduation to the packed Lipton Lecture Hall of an audience of about 200 in attendance in the college’s Science Center building.

These achievements include a Ph.D. from Harvard, being a junior fellow in the Harvard Society of Fellows and having his work featured in publications including The New York Times, The Washington Post and The Boston Globe prior to the publication of his book last month.

She said that his work has been “published to great acclaim” and “reframes the national conversation” on topics related to the experiences of first-generation and lower-income students at elite universities.

A native of Miami, Jack counts himself as a part of the “Privileged Poor” having attended Gulliver Preparatory School, an elite private high school, on a scholarship which preceded his time at Amherst College, according to his book.

In his research, Jack draws a distinction between the “Privileged Poor” and the “Doubly Disadvantaged.” On the event page for the talk this designation is described this “overlooked diversity among lower-income undergraduates” as “the Doubly Disadvantaged—those who enter college from local, typically distressed public high schools—and “Privileged Poor”—those who do so from boarding, day and preparatory high schools.”

Jack explained how elite universities “hedge their bets” when they to try to recruit and enroll more a diverse student body by turning to the same elite private high schools and that a correction to this was “long overdue.”

In his own experience as a member of the Privileged Poor, Jack recalled when he first came to Amherst College in 2003 he asked himself “Where are the other poor Black people?” During these convocation conversations as a freshman he listened to how his peers would talk about their summer resumes and vacations, with Jack noting, “Back home summer was just a season, at Amherst, summer was a verb.”

In conducting the research for his book Jack interviewed 103 Latinx, Black and white undergraduate students over the course of two years at the pseudonymous “Renowned University,” an elite higher education institution. These students include the “Privileged Poor,” “Doubly Disadvantaged” and upper-income Black students as well.

He then spoke on the dominant cultural capital, or taken for granted ways of being, on college campuses. Examples Jack gave of this is the expectation for students to be comfortable courting with faculty for help or knowing the function of office hours, but how these expectations often go unsaid among a “hidden curriculum” many first-generation students are unaware of or is not properly clarified to them.

Another example of the divide disadvantaged students experience is during spring break Jack said. He explained that spring break “means something totally different” to lower-income students at elite universities than to their upper-income peers.

Jack said that expectation of spring break “fun in the sun” differs from reality for students who do not have the financial or homelife situation to return home for a week. He added that only “one in five” no loan financial policy campuses have opted to keep buildings open during spring break.

He said that campuses that close buildings and eateries during break leave economically strapped students to have to largely fend for themselves in terms of food and accommodations if they wish to avoid added expenditures outside of normal housing and meal plan costs.

In one example, Jack told the story of a young woman who increased her activity on online dating services, such as Tinder, to get food by using the gendered stereotype of men paying on the first date in order to secure meals. He recalled how a student also told him “Spring break is the real Hunger Games, Tony,” an allusion to the dystopian novel and film series.

In Jack’s view elite colleges need to change “access to inclusion” and that as colleges increasingly make connections to disadvantaged communities that “We cannot run from these connections, we must learn from them.”

To the fellow first-generation college students in the room Jack told them not to sit idly by, but rather to “demand of this place as much as it demands of you.”

The talk was followed by a question and answer session where among other questions related to the reportage of the book, Jack was asked a question by a student on his thoughts about the recent college admissions scandal.

The scandal, which included the likes of actresses Felicity Huffman and Lori Loughlin, saw wealthy parents pay large sums of money to cheat and ensure their children would be admitted into top colleges.

Earlier in his talk Jack referenced a study of 38 elite colleges found there were more students from families in the top one percent than from those in the bottom 60 percent.

In response to the question, while remaining light on the matter, Jack explained that it was “opportunity hoarding 101” as privileged individuals had used their power to keep valuable resources to themselves.

He added “This had been going on for far too long” and “This scandal is the tip of the iceberg,” but was unsure whether these parents would be convicted on many crimes, other than perhaps tax evasion, saying “Money talks and privilege walks.”

Following the Q&A, a reception was held in the atrium of the Science Center. Many of those in attendance waited in line for a book signing with the author and to receive a free copy of Jack’s book.

Chris McLaughlin can be reached at [email protected] and followed on Twitter at @ChrisMcLJournal.