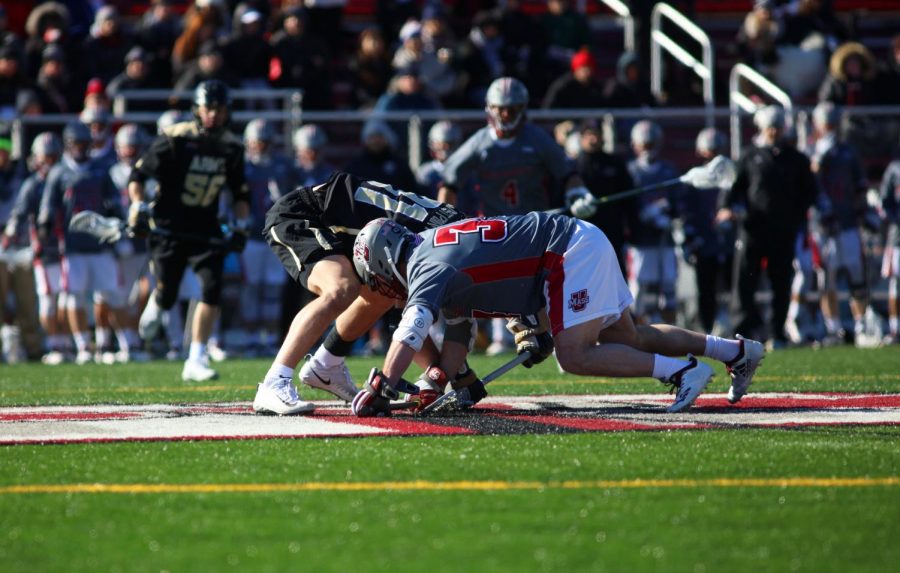 It was impressive that the Massachusetts men’s lacrosse team was able to give No. 4 Yale a run for its money last Saturday, but the costly third quarter highlights a worrisome trend for the Minutemen. Getting a quick jump out of halftime is a priority for UMass (1-3) as it gets ready to take on Albany (1-2), which is fresh off a near-upset itself after losing a 17-16 shootout to No. 3 Cornell.

For much of the third quarter versus Yale, the Minutemen found themselves on defense, in part due to three penalties assessed against UMass that gave Yale man-up advantages. Kevin Tobin was called for an offsides, Jackson Suboch was called for cross-checking and Devin Spencer was called for an illegal body check. Yale converted on the man-ups provided by the Tobin and Spencer penalties.

“It’s just the third quarter we played a lot of defense, so they’re going to get opportunities and they kind of capitalized on that,” junior Jeff Trainor said after the game.

It wasn’t just penalties that hurt the Minutemen in the third quarter. Yale dominated UMass in ground balls (snagging 12 to UMass’ four), shots on goal (eight to UMass’ four) and in the face-off circle (winning six of the seven) during the opening period of the second half.

“I think we just need to be more composed in those situations,” said coach Greg Cannella of the third quarter woes. “It seems as there’s been some lapses in our games, and we’ve encouraged our guys to not take any minutes off in any part of a game.”

On the flip side, there were several positive aspects from the Yale game that UMass will look to carry into its matchup with Albany. For starters, UMass cut down on its turnovers while not giving up its fast pace, with the Minutemen committing 15 turnovers versus Yale after 19 the week prior to Harvard.

After going 0-5 versus Harvard, UMass improved its extra-man offense last Saturday, finding the back of the cage twice in its three man-up situations. For once, the Chris Connolly/Gabriel Procyk attack duo was rather quiet versus Yale, but the midfield group carried the scoring load after offering somewhat inconsistent production in the team’s first three games. However, Cannella doesn’t make much of who carries the scoring load and who doesn’t.

Backed up by an outstanding day from goalie Sean Sconone, the Minutemen’s long pole unit was rock-solid for the most part versus a highly potent Yale offense, though their stifling defense relented a bit in the second half. They executed their assignments well and stuck with Yale’s talented attacks and midfielders. Mike Elcock played well in particular, scooping up four ground balls and forcing three turnovers.

“The group’s playing well, especially on the ball, and Tuesday is going to be a huge challenge because they have guys that can simply run past you or simply run over you,” said Cannella. “So that’ll need to continue, and we’ll also need that group to play better as a team off ball.”

In addition to getting out to a better second half start, UMass will look to keep up these areas of strength and improvement going into the game versus Albany, which hosts the Minutemen at 3 p.m. at John Fallon Field.

Ben Painchaud can be reached at [email protected] followed on Twitter @Ben_Painchaud.