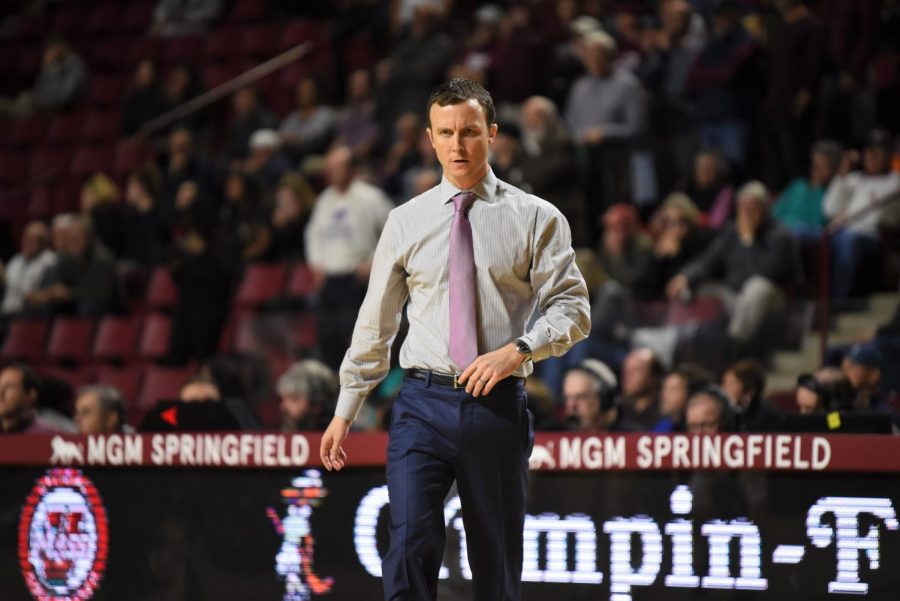 Amidst an offseason of turnover and uncertainty, this week was a win for Matt McCall.

Having seen five players leave the program in the last two weeks, the Massachusetts men’s basketball team picked up two big recruits this week, as Woodstock Academy stars Tre Mitchell and T.J. Weeks both announced their commits to UMass.

Mitchell becomes the cornerstone of this recruiting class for McCall, a 6-foot-9 big man ranked as a four-star recruit by several recruiting services and the 73rd overall recruit in the ESPN 100.

Mitchell had previously narrowed his choices down to six, as Indiana, Georgia Tech, Virginia Tech, Providence and Syracuse were also in for the talented center.

A Pittsburgh, Pennsylvania native, Mitchell averaged 20.3 points and 10.6 rebounds per game for Woodstock this season.

Weeks, the son of former UMass player Tyrone Weeks (1994-1998), called it a “blessing and a dream come true” to play at his father’s alma mater, as the Warwick, Rhode Island native grew up very familiar with the program.

Weeks flew somewhat under the radar relative to his highly-touted teammate, but still makes a big get for Matt McCall, who adds two big pieces to a 2019 class that includes Preston Santos, another Woodstock product, as well as Jalen Thomas, a three-star center out of Michigan, and Putnam guard John Buggs III.

Mitchell and Weeks will likely not be the final new faces for the Minutemen, as McCall continues to recruit — with one scholarship left to work with — and explore transfer options for a true point guard with the departures of Luwane Pipkins and Tre Wood.