Two arrests made after assault in UMass dorm

UMPD is still searching for a third suspect 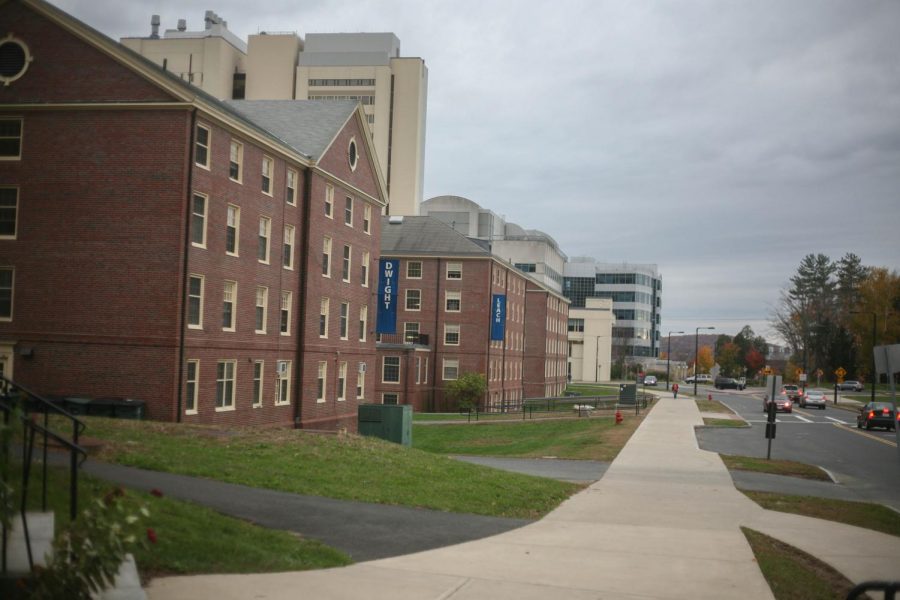 Two arrests were made in connection with an assault following a drug deal that took place on Wednesday in Dwight Hall at the University of Massachusetts.

Both suspects were arraigned in Eastern Hampshire District Court on Thursday, as stated in an update to the original crime alert.

According to Dettloff, Judge William O’Grady ordered Bowser and Walsh to be held on a $2,500 cash bail. The judge determined that they are to stay in Massachusetts and abide by all laws, not use firearms or other serious weapons, stay away from the victims and UMass, remain free of drugs and alcohol, submit to random drug testing and report to probation on a weekly basis. If they are bailed from jail, they must report to probation to be fitted with a GPS tracker and will be bound to a curfew between 7 p.m. and 6 a.m.

A bind over hearing is scheduled for April 27, according to Dettloff.

A campus-wide crime alert was sent out Wednesday evening to inform the campus community of the incident that occurred earlier that day, according to the crime alert.

UMass Police responded to the building in Northeast Residential Area at 2:40 p.m. after being alerted of a “possible physical altercation on the third floor.”

UMPD responded to Dwight Hall a second time, and determined two UMass students had been assaulted after an attempted drug deal involving marijuana. The incident was also taken outside, where the suspects produced a weapon, according to the alert.

According to the crime alert, three suspects were involved, and UMPD is still searching for the third suspect.