Andrew Yang: The president Democrats need, but not the one they deserve 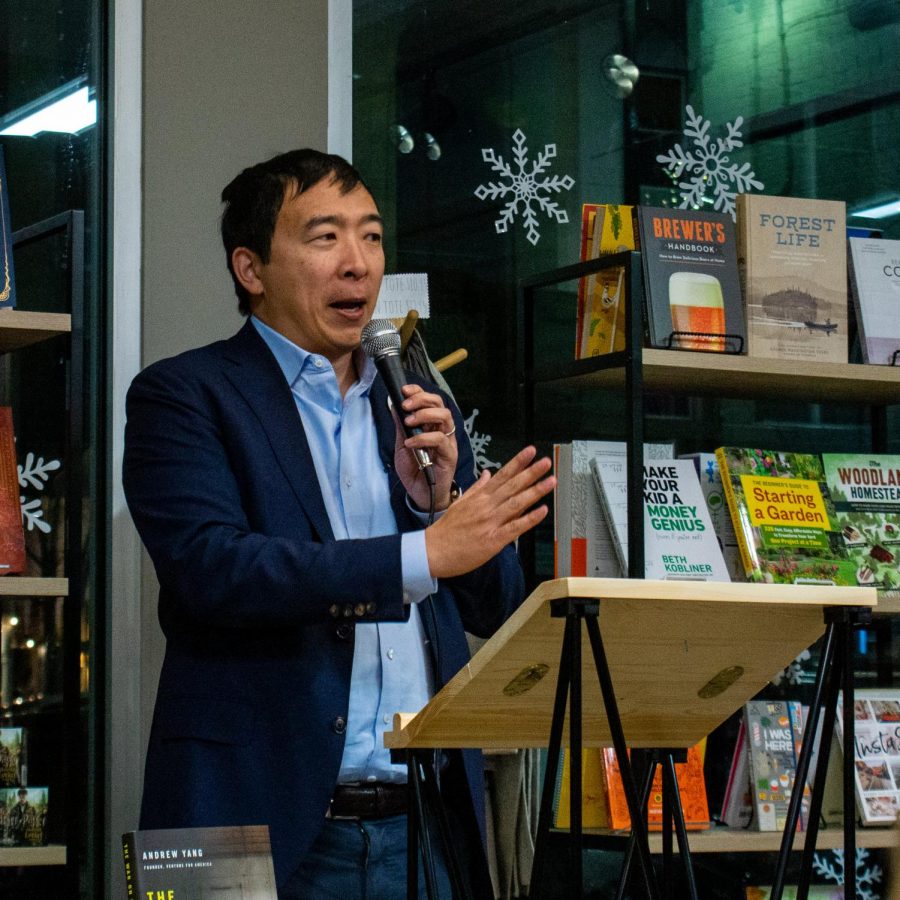 The 2020 Democratic primary is shaping up to be divisive, chaotic – and entertaining.

With 18 candidates having announced either a campaign or an exploratory committee, the field is as large as you would expect for a party hell-bent on taking out President Trump and recapturing the glory of a united Democratic government. There are, of course, many candidates who have garnered a significant amount of media attention: Bernie Sanders, Elizabeth Warren, Kamala Harris and Beto O’Rourke, among others.

The best candidate – and the one Democrats should choose if they want to have a clear path to take out President Trump – is also the most underrated. His name is Andrew Yang.

Yang is a lawyer-turned-entrepreneur-turned-politician. After working in tech for a number of years, he branched out and started Venture for America, an organization with the purpose to build local communities through entrepreneurship. A political outsider, Yang is relatively unknown, especially compared to the bigwigs dominating the cable news airtime.

Differentiating him still further is his lack of advertisement spending. According to an article by the Daily Beast, Yang has only spent $33,000 on Facebook ads and has not yet run any television advertisements. With his relative obscurity and seeming lack of self-promotion, one would think Yang has no chance of winning and should not be considered one of the best candidates. However, I believe that his unique combination of policy proposals, congenial nature and future-oriented approach to government are all reasons why Democrats should vote for Yang in the 2020 primary.

Yang favors a surprising number of policies. His website is dominated by over 70 proposals, an overwhelming figure when one looks through them. While many of these policies are somewhat obscure, a number of them are right up Democrats’ alley. Yang wants Medicare for All, something which up to 81 percent of Democrats approve of. He also wants to decriminalize marijuana and to pursue campaign finance reform, both platforms which Democrats seem to support. Because he has so many policies, there are some that even many Republicans could get behind, showing Yang’s inter-party appeal. For instance, he wants to decrease federal funding for colleges that don’t cut back on the size of their administrations, and he would like to see a transition to nuclear energy until innovations in renewable energy allow it to become more feasible.

His policies are impressive, but perhaps the most likeable thing about Yang is Yang himself. He is intelligent and charismatic and can hold conversations about his policies for hours on end.  Recently, Yang made the unorthodox move to appear on Joe Rogan’s podcast. This was a smart decision because Rogan’s podcast is one of the most successful in the world. There, Yang confidently discussed his most popular proposal, Universal Basic Income, for nearly two hours. This is something that you don’t get a lot from other politicians. Yang’s willingness to talk about the issues plaguing rural America, such as automation, is also endearing; other Democrats steer clear of this type of talk. This could win back some rural Democrats who may have voted for President Trump, something Democrats should take note of if they want to unseat the current president.

Yang is very future-oriented. His UBI proposal, which would give all Americans $1,000 a month to protect against automation and joblessness, begins an important discussion for a future in which 60 percent of jobs are predicted to have at least a third of their tasks automated. Yang is also very focused on entrepreneurship and innovation. His Venture for America foundation emphasizes the importance of encouraging young people to innovate in order to solve some of life’s problems. Other Democrats may claim that they prize entrepreneurship, but none have the same track record as Yang.

Like any politician, Yang has his unsavory sides. Because he spends so much time talking about UBI, Yang won’t be seen as “anti-Trump” as other candidates, a potential downside in a primary in which Trump is likely to be the main topic. Yang is also rather uncomfortably endorsed by prominent white nationalists. While he has vociferously denounced white supremacy, he will probably be maligned by his detractors for this association. Finally, Yang could be seen as just not being angry enough. Sanders, Booker and Warren always seem outraged –  particularly about President Trump’s alleged sexism, racism, homophobia and the like – and this is shown in countless campaign and Senate floor speeches. Yang, however, is seemingly too collected of a person to demonstrate this outrage, a trait which many Democrats seem to feel is important for a presidential candidate to have in order to beat the equally-incensed President Trump in 2020.

Yang is the candidate of the future. His policies, especially UBI, are oriented toward an era in which automation is a major job-killer and people begin to feel the effects. Unfortunately, the Democratic party is not in a position to embrace the future. They want a fighting firebrand to, as Harris says, “prosecute the case against” President Trump. Democrats should wake up and realize that Yang may be the best chance they have to do just that.