'It didn’t seem right to me’ 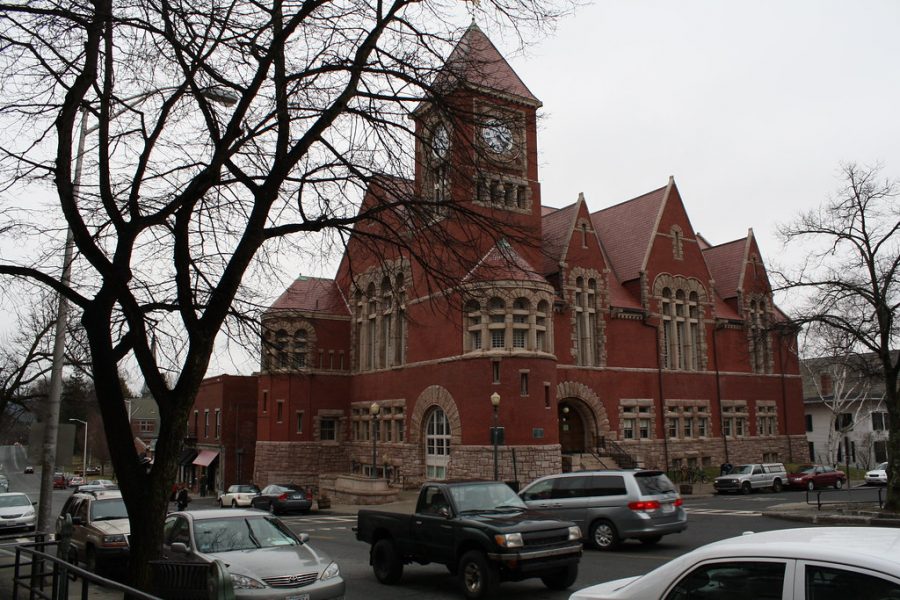 The Amherst Town Council denied a motion to register the town as a member of the International Energy Code on March 18.

The motion, which was presented by Councilor Darcy DuMont, would have helped strengthen the base energy efficiency code across the state, as well as work to reduce greenhouse gas emissions. Dumont was the only councilor to support the bill.

The Town Council, consisting of 13 members, is responsible for all policy-related and legislative decisions for the town of Amherst. The town manager, Paul Bockelman, heads all the town’s fiscal, prudential and municipal affairs.

When it was presented to the council members at the meeting, the council expressed confusion about the proposal; some members claimed that it didn’t seem like a legislative decision, while others stated that it was overall too vague, and they didn’t have a clear understanding of what was being voted on.

It was then asked of the town manager why the town wasn’t signed up to partake in this already. In his response, Bockelman explained that the department would have had to pay to be a part of it.

“It didn’t seem right to me,” he said at the meeting.

Councilor DuMont explained in a phone interview how she submitted this motion to the council by following the lead of Cambridge and filed the motion for the Council to register and participate in it. DuMont elaborated how she was prompted by the efforts of neighboring towns as her primary reason for putting forth the proposal.

“I was inspired that Northampton had gone from one vote in the last voting cycle to 20 votes this year, by signing up the Mayor’s office, Planning and Sustainability, Health, Fire and Building Departments,” DuMont said.

Later in the meeting, DuMont disclosed how as a sustainability-oriented municipal official, she was asked to register the town but couldn’t do so without permission from the council.

“The process is harder to negotiate as a member of the legislative body than as a town staff member because of the need to get permission from a legislative body,” she said.

According to DuMont, this issue was originally supposed to be tackled in two separate meetings; one for the discussion and one for the vote, but the timeline prevented the two meetings from occurring. The deadline to register for the IECC was on March 29, and required that four people cast votes per entity, which implies that the Town Council would be considered an entity.

Given the Council’s opposition to the proposal, Councilor DuMont wasn’t confident that a second meeting would be productive in swaying the other members to agree to strengthen the base code, leading to her not advocating for a second meeting to further discuss the issue.

Rob Morra, the building commissioner, clarified in a phone interview how Amherst is already a part of the International Code Council through the fire officials and how, essentially, what the Council voted against was to add another membership.

“Every three years we are adopting the most current regulations; but also, we are a stretch code community,” Morra said. “The majority of our work is focused on the stretch code, which [are] beyond the requirements of the base code. My perception [on the IECC] is that it’s fine, but we’re actually advanced with the regulations we apply and utilize every day.”

Councilor DuMont responded to this by arguing that it didn’t matter if Amherst registered as a member of the International Energy Conservation Code because surrounding towns have made efforts to be a part of the organization.

Julianna Buoniconti can be reached at [email protected]