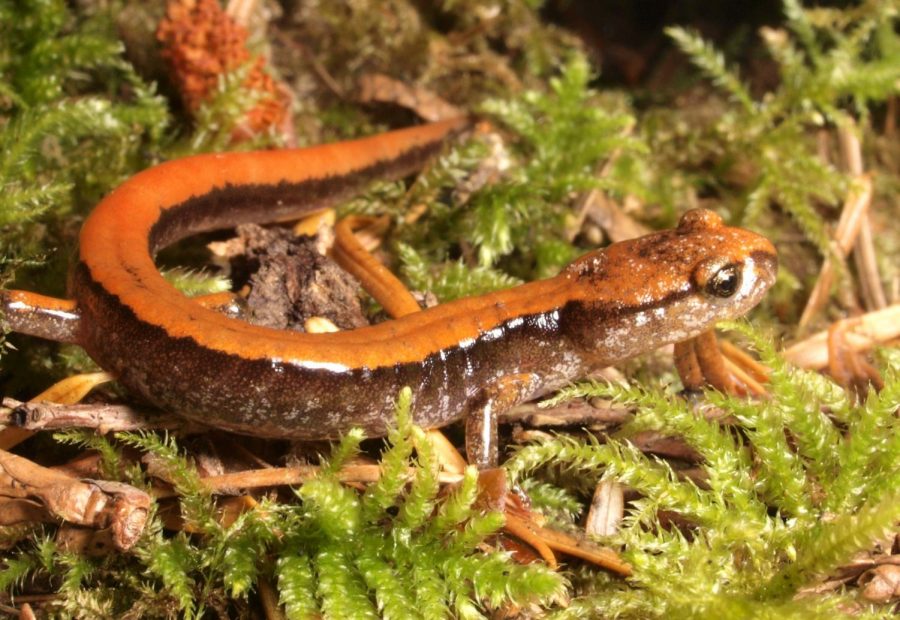 Although this year’s Earth Day Network’s campaign “Protect our Species” is global, work is being done by local community members and members of the University of Massachusetts to support the campaign.

“Protect our Species’” main goal is to educate individuals on the causes and consequences of the accelerating rate of species extinction.

According to the campaign page, “The good news is that the rate of extinctions can still be slowed, and many of our declining, threatened and endangered species can still recover if we work together now to build a united global movement of consumers, voters, educators, faith leaders and scientists to demand immediate action.”

Ted Watt, naturalist and environmental educator, has worked in the Hitchcock Center for the Environment at Hampshire College for 35 years and focuses on building a community that has a relationship with nature. He also teaches people of all ages about natural history, environmental issues and lifestyle choices that are less impactful on the environment.

“Our hope is that we would learn by this, by these tunnels, how to assist animals so that they don’t get crushed into car tires, assist them in their movements and then that design would be brought forward to help other populations,” Watt said. “And that’s exactly what’s happened.”

The first salamander tunnel in North America is located on Henry Street in North Amherst. Recently, it was noted that the salamanders have hesitated to travel through the tunnels. Watt said it is hard to conduct a study since the tunnels attract a lot of people trying to get a glimpse inside, but they believe they located the issue.

“The tunnels are too small, and other tunnels that have been constructed for salamanders, they are larger and the salamanders use them more readily. So that’s kind of our big contribution,” he said.

He said the Hitchcock Center would like to expand the tunnels, but currently doesn’t have the funds.

The Center is also participating in a region-wide study monitoring the redback salamander. Currently one of the most common vertebrates in Massachusetts, the redbacks can be found as far north as the Maritimes in Canada and as far south as Georgia. Together, various locations are collecting data on population density and population structure.

“Depending on what the climate does in the future, we’ll have a baseline data,” Watt explained. “So we’ll be able to compare how the animals are adjusting.”

“My guess is that they will have to move north because their southern range will be too warm for them,” he said.

Through his work at the Hitchcock Center, Watt educates adults and kids with the hope that they will establish a relationship with nature.

“My hope is that people will take more time with each species – get to know it, get to form a relationship with it and get to appreciate it,” Watt said. “So that if it becomes threatened in any way, we’re building a constituency for each species and will be able to work for them or contribute money to help preserve them.”

“I feel strongly that unless people know, unless people care, they’re not going to bother. So that’s kind of the mission of the Hitchcock Center, to help people understand and care.”

At UMass, several faculty members are also working to protect species and conduct research related to the Earth Day Network’s global campaign. Dr. Brian Cheng, assistant professor in the department of environmental conservation, recently worked as a Postdoctoral Fellow at the Smithsonian Institution.

According to the Protect Our Species campaign, marine animal populations have fallen by 40 percent.

For another study, Cheng also examined species interactions in marine reserves, or pieces of the ocean, where fishing is prohibited and activities are managed in the hopes that populations may rebuild. He found that predation rates were amplified in these reserves. For example, the odds of a prey animal being consumed was about 49 to one, so it’s very likely that they would be consumed.

Cheng is now working on several projects at the UMass Marine Station in Gloucester, Mass., focusing on the waters off of the state’s coast, which is the southern part of the Gulf of Maine.

“The Gulf of Maine is a region of the world that’s warming incredibly fast, faster than much of the ocean,” Cheng said. “And so we’re trying to understand what the Gulf of Maine will look like, under climate change. So given that it’s warming, what does that mean?”

Studies on Atlantic oyster drills and range expansion, and lobsters responding to changing temperatures and ocean conditions, are also being conducted by Cheng, along with a graduate student on each study. A position is also available for an undergraduate for each.

“I think sometimes the ocean feels very far away, but it’s actually only a two-hour drive. And so, understanding how climate change and our activities affect the oceans is important for variety of reasons. Not only do we depend on many marine species for food and employment, but many species that live near the coasts, for example, salt marshes, are incredibly important for their habitat,” Cheng explained.