Undergraduate Commencement will take place on May 10 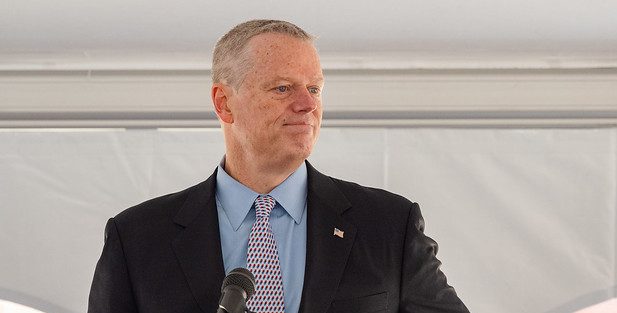 Governor Charlie Baker will be the featured speaker at the University of Massachusetts 2019 Undergraduate Commencement ceremony.

According to a statement from UMass News and Media Relations released on Wednesday, Governor Baker will address the anticipated crowd of about 20,000 family members, friends and other guests of the roughly 5,500 undergraduates set to confer their degrees.

“I’m excited,” DeJoie said. “He spoke at my brother’s graduation and he was a really good speaker. Also he just has a lot of positive energy in the Boston area.”

“He’s definitely a figure that my family knows, so my parents would probably be excited that he’s our speaker,” Wozniak added.

Raffaele echoed a similar sentiment saying, “I personally don’t really have as much of an opinion, because I don’t follow politics that much, but I know that my family would be happy with it.”

The three said that Governor Baker was a fairly safe and neutral choice due to his moderate and bi-partisan political stances.

“I think too, just when it comes to figures like that coming in, you want to try to keep it as neutral as you can to stop controversy and kind of just make everybody content,” DeJoie said.

Baker, a Republican who was sworn in as governor for a second term in January, is “known for bipartisan leadership that is delivering results for Massachusetts’ residents and communities,” the press release added.

In terms of education, the press release stated, “The Baker-[Lieutenant Governor Karyn] Polito administration has worked to ensure Massachusetts continues to be a national leader in education.”

“He has taken steps as well to make attending a public college or university in Massachusetts more affordable through programs like the Commonwealth Commitment and expanded community college funding,” the press release further stated.

According to the release, UMass Chancellor Kumble Subbaswamy said, “We are honored that Governor Baker will deliver this year’s Commencement address. As a results-driven leader, he combines a concentration on thoughtful data analysis with an emphasis on building relationships that strengthen our Commonwealth. His support for UMass Amherst has provided our students the opportunity to flourish as they play an invaluable role in the state’s innovation economy.”

Baker was raised in Needham, Mass. but currently resides in Swampscott. He is a graduate of Harvard College and later earned a Master’s of Business Administration from the Kellogg Graduate School of Management at Northwestern University.

Baker previously served as cabinet secretary under former Governors William Weld and Paul Cellucci and was the chief executive officer of Harvard Pilgrim Health Care, where he turned the company around from the verge of bankruptcy to one of the nation’s highest ranked health care providers, the press release added.

“[U]nder his watch, the state’s structural budget deficit has been eliminated,” said the press release. “Additionally, the Baker-Polito administration has taken on several challenges, including development of national model programs to address the opioid and heroin epidemic, rising energy costs, a changing climate and public transit improvements.”

Chris McLaughlin can be reached at [email protected] and followed on Twitter at @ChrisMcLJournal.