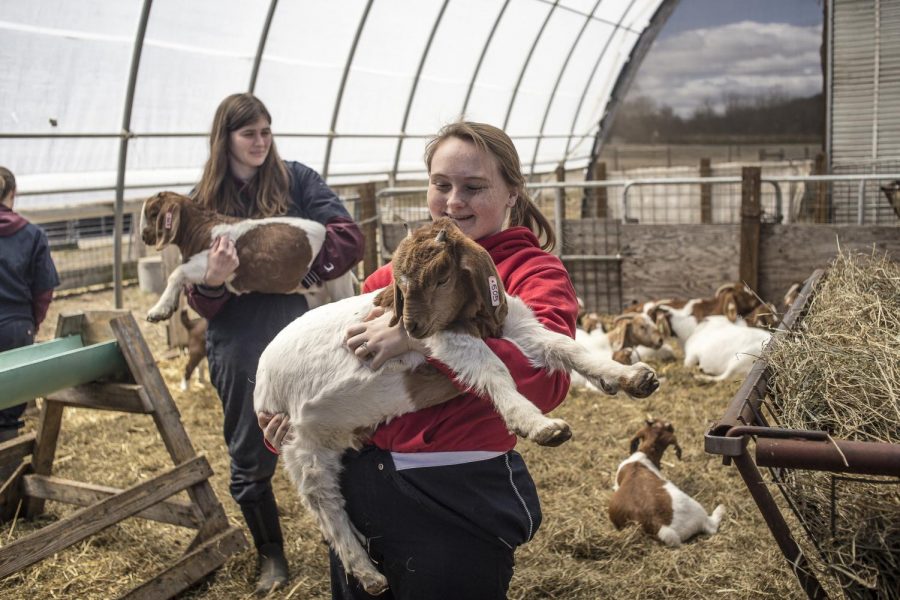 Editor’s note: As of April 4, this event has been cancelled.

I would like to invite all University of Massachusetts students and staff, in addition to members of the surrounding communities, to attend the UMass 84th Bay State Livestock Classic. The event will be held at 111 N. Maple St., Hadley from 9 a.m. to 4 p.m. on Saturday, April 6.

Held at UMass’ own Hadley Farm, this free event allows students to demonstrate to the public how they interact with the school’s animals, while simultaneously allowing the public to view a normally private part of campus. Students will compete in small classes of three to seven students with their associated animal. Animals include Belted Galloway cattle, Boer goats, Dorset sheep and chicken.

The animals will be judged on cleanliness and grooming, while the primary focus of the show will be on exhibitor’s showmanship (how well the students handle and show off the animal). The exhibitors may be asked to provide basic information about their specific animal, such as their sire (father) and dam (mother), as well as basic anatomy and confirmation (physical form of the animal).

This event has free admission, and there will be many activities including, but not limited to, animal showings, a small petting zoo, raffles, games and a special demonstration by the UMass Mounted Police which will take place during the lunch hour.

The Baby Berk Food Truck will be on site throughout the day.

For more information, please refer to the event’s Facebook page, and the UMass Veterinary and Animal Science website.

I hope to see you there!