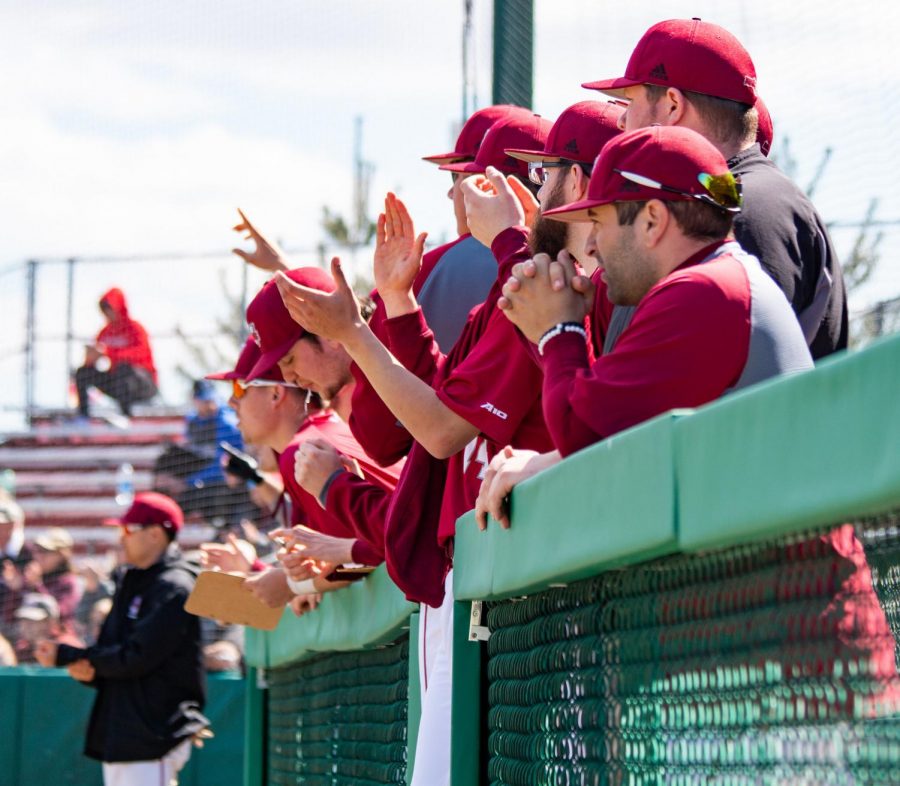 He set the stage in the five innings prior.

UMass (10-18, 5-7 Atlantic 10) lost to Connecticut, 10-7, on Tuesday afternoon. Although it became close at the end because of five runs from the Minutemen in the ninth, the Huskies were ahead 8-1 after three innings. UConn ran around the bases at ease and it didn’t seem to be stopping.

The Minutemen had already used two of their bullpen arms – Zach Clevenger and Connor Donahue – and it appeared as though a “staff” day would wipe out the entire staff.

That was the case until freshman Daniel Livnat entered the game.

“Obviously getting outs for us in some big spots, putting up three zeros or four zeros or whatever it was,” said assistant coach Mark Royer. “To have him come in a big spot and keep his cool, I thought it was huge for us.”

Livnat proceeded to sit down UConn (23-13, 7-5) hitters with ease. Until the eighth inning came with his arm already having thrown about 80 pitches, he hadn’t faced a jam. As the UMass offense was dormant during the time he was on the mound, he dominated.

The quiet freshman had a simple method for success.

“I think I just got ahead in the count and established my fastball,” said Livnat. “I had a pretty good changeup. It went pretty well for me.”

The Atlanta, Georgia native went five innings, giving up two earned runs on four hits, three walks and six strikeouts. The two earned came in the eighth when he was out of the game.

Tuesday was Livnat’s best outing of the year by far. Prior to the game against UConn, the lefty’s longest outing was against Texas A&M-Corpus Christi back on March 13th when he went 4 2/3 innings, giving up four earned.

As a freshman, starts like that are so influential to his development.

“I would say getting ahead in the counts more and not walking as many kids,” said Livnat when asked what he’s learned through all his outing this season. “When you walk kids, you give up more runs.”

The big problem on the mound for UMass was it walked UConn 12 different times. Between Zach Clevenger and Connor Donahue through 2 1/3 innings, they walked seven people, helping the Huskies to have even more chances at runs.

“Those free passes, I’m not sure what the number was, again against a good team like that can capitalize, we have to limit that,” said Royer.

Even though he walked three batters, it was over the course of five innings. Overall, his efforts stifled the UConn hitters.

With UConn being a very good team in college baseball, an outing like the one Livnat had on Tuesday can only positively impact the freshman.

“It gives me a lot of confidence,” said Livnat. “UConn’s a really good team so now I feel like I can throw against any team as good as them.”

The Minutemen are struggling to find a third starter for the weekend to go next to Justin Lasko and Sean Harney. Nothing is set yet and there probably won’t be anything set in stone for a while.

But on Tuesday afternoon, Livnat sure made his case to be that guy.

And he was the centerpiece of a ninth inning he wasn’t even in the lineup for.

The Minutemen continue their season on Wednesday when they head to Fenway Park for the Beanpot championship against Harvard. First pitch is slated for 5 p.m.