‘We could really use the cash’ 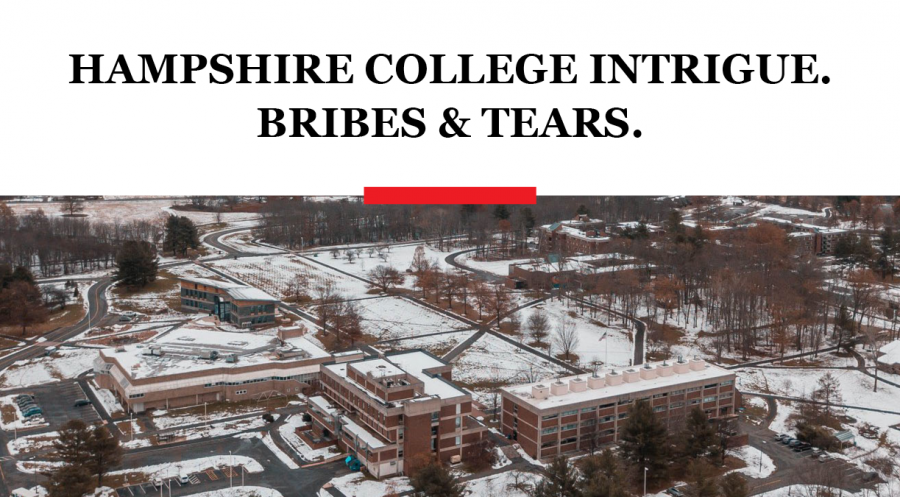 By The Hermit Living in the Herter Tunnel, Being a Hermit

Following a nationwide scandal in college admissions, Hampshire College has announced they are “completely open” to accepting bribes in exchange for admission.

In a statement, President Miriam Nelson reminded the Hampshire community that the search for a strategic partner for its future is ongoing and the limited acceptance for a class of 2023 means that the college’s financial crisis will only worsen.

In the college admissions scandal, 50 people, including celebrities Lori Laughlin and Felicity Huffman, were charged by the Justice Department for attempting to game the admissions process at highly competitive schools like Yale University and the University of Southern California. While the scandal started a nationwide discussion on corruption in higher education, classism and elitism, Nelson said it was a “symbol of Hampshire’s bright future.”

“USC might take $500,000 to get in, but we’d take far less,” Nelson continued. “We saw that Olivia Jade [daughter of Lori Laughlin] dropped out of USC following the scandal, and we’d like her family to know that for a small fee, we’d be more than happy to welcome her into the Hampshire College family.”

Hampshire students were ambivalent about the decision to accept bribes, but one student Jamie “Edgy” Evans, was in full support, noting that it would actually save money for the families involved.

“Hampshire doesn’t require SAT scores, so it’s not necessary to pay for a tutor to take the test for you,” Evans explained, adding that she would be excited if some of the students attended. “I’m interested in going into film, like Ken Burns, and I think that I could potentially get my first investors from among my fellow students if they were rich.”

When asked if any parents of wealthy but underachieving students had contacted the College, Nelson said that she would release another statement once any check cleared.

“As long as we have enough money to keep the power running for another week, I’m going to scream it from the mountaintops,” Nelson said. “Our goal here is to protect our College’s existence for the next 50 years, not its reputation.”

Sam Minnutta-Mann, a representative of the nearby University of Massachusetts, condemned the action, saying “we called it first.”

“All of the schools involved are being called ‘elite schools,’ and honestly, if anyone in this area deserves to be admitted to that club, it’s us, not Hampshire.”

“At the same time, keeping Hampshire in the Five College Consortium is important to us,” Minnutta-Mann added. “We need to make fun of somebody, and an admissions scandal would give us a whole new category of jokes.”

The Hermit Living in the Herter Tunnels can be summoned by hiding under the central stairs and swinging a pickaxe into the water pipes at exactly two in the morning.