The source of my trust issues 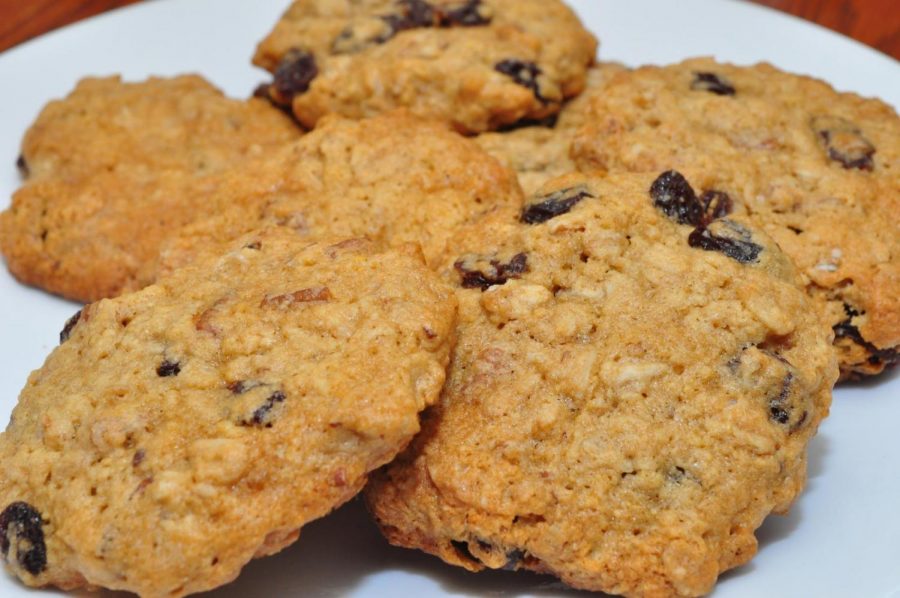 The oatmeal raisin cookie almost has natural camouflage that masks itself to appear just like the beloved chocolate chip cookie. In a nature aspect, it could be the same as a viceroy butterfly mimicking a monarch butterfly. The viceroy butterfly has an uncanny appearance to the monarch because, in previous years, the viceroy was known to copy the monarch through Batesian mimicry since the monarch is considered unpalatable and poisonous to the viceroy. But in recent years, according to the University of California, Santa Barbra, the viceroy and monarch have been found to share the same noxious taste when eaten by predators, making this case a Müllerian mimicry.

But how do we determine what an oatmeal raisin cookie is and whether we like it or not? This notion is based off the process of trial and error. Take Edward Thorndike’s cat as a perfect example. Thorndike locked a hungry cat in a puzzle box and a placed a fish outside the box. The only way the cat could escape the box would be by pressing a lever or pulling on a hoop. The cat paced and meowed but after some time, it figured out how to pull the hoop and escape for its reward. The experiment was repeated, and it took the cat a shorter amount of time to escape. Finally, the experiment was repeated once more, and the cat took a matter of seconds to escape the box. From this, via the process of trial and error, the cat was able to learn from its mistakes to achieve its reward faster.

We are confident in making decisions based off prior knowledge and experiences that we trust ourselves. According to the Oxford Dictionary, the literal definition of trust is the “firm belief in the reliability, truth, or ability of someone or something.” We trust ourselves to make judgements, but when our trust in ourselves fails, we trust ourselves less and less. It takes a multitude of years to gain a certain trust in someone, something or ourselves, but that trust can be easily shattered within a matter of seconds, i.e.: when accidentally eating an oatmeal raisin cookie.

We have the taste and the feeling of eating a chocolate chip cookie set up in our minds, but once biting into the cooking, our trust is sent overboard. If we can’t trust ourselves, can we really trust anyone? We know ourselves – our likes and dislikes, our wants and desires, our habits and tendencies – but the single mishap of eating the wrong cookie leads us down a dark and dangerous road, making us trust no one.

Is there a solution? Because I am no therapist, I went to an easily-Googled therapy website called Good Therapy, where it recommends that you first identify the problem (oatmeal raisin cookies) and then you should go seek professional help. Personally, I would prefer to get rid of the cookie entirely to aid my trust issues, but since some still enjoy such an evil cookie, we must resort to other methods to regain our trust in ourselves and the future trust in others.

Shelby Gagliardi actually has an irrational fear of oatmeal raisin cookies ever since she lost a baby tooth in one at the age of nine. She can be found texting the comment boards in all the dining halls, asking them to remove “the dreaded cookie” from the menu.