One person’s trash is another’s artifact

Archaeological practices are incremental to our future 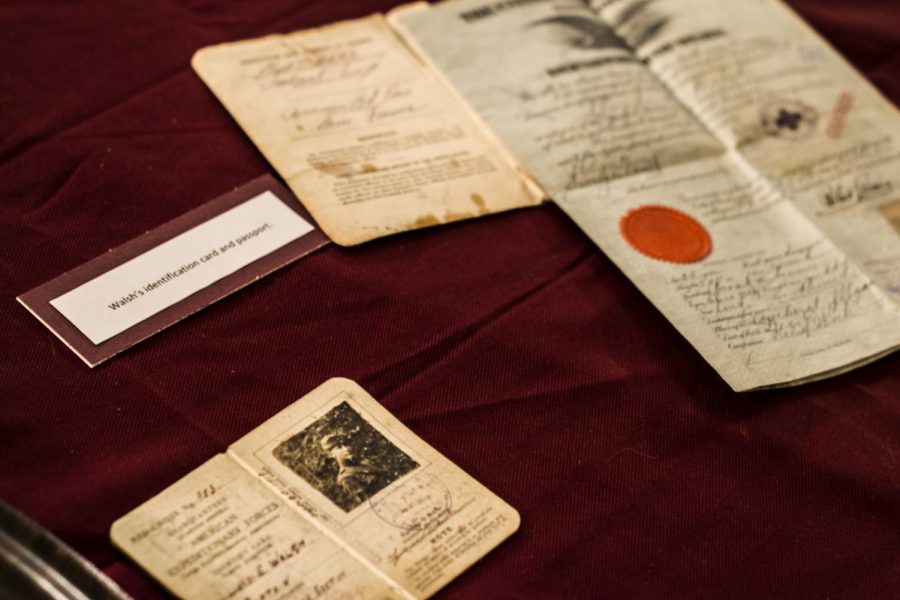 How much have you thrown away today? I certainly don’t keep track, and I can assume that you don’t either — why would you? The wrappers, water bottles and cans you use aren’t meant to be kept track of, which is why they’re waste products. But the Sonoran Desert in Arizona is filled with these objects as hundreds of migrants pass through it on a near daily test of survival to the United States.

Think of an artifact. Some things that probably come to mind are ancient bronze tools or maybe a simple clay pot. Whatever you think of is probably dirty, or on display in some museum collection. Now take your perception of that “trash” that you threw away and what is filling the desert from before and combine it with what you think an artifact is. Essentially, they are the same.

Each of these objects leaves an important mark on the material culture of our collective history, and it should all be thought of as such.

We humans leave behind a lot of stuff. In general, that’s the best way to refer to it: heaping piles of stuff. For every year we as a species have been on this planet, we have made, used or broken something. This can be as small as a child’s doll or as large as an entire civilization. Most of the time, that stuff doesn’t just disappear; some trace is left behind, and that tract will slowly be consumed by the sands of time only to be pried out of the earth hundreds or thousands of years later by an archaeologist clad in a beige zoot suit. Essentially, everything will be overtaken by this process — it is an inevitability of life. What doesn’t degrade remains and what remains leaves an imprint of what was.

Now think back to the desert and the migrants from Mexico and Central America who are attempting to cross into America. That is a massive social movement. This movement of people is making its mark on the Earth, leaving behind fragments telling a tragic story of each man, woman and child.

With an exodus of people comes epic events describing them: the fleeing of Ireland from famine in 1845, the emigration away from poverty in Italy during 1880, the escape of Jewish people from Nazi Germany in 1939. What did these leave people behind other than stories and documents? They left physical remains of their struggles and hardships — pieces of evidence in both Europe and America that these people left there and came here, bringing with them their beliefs, culture and waste.

The backpacks, water bottles, papers and shoes that are littering the desert are a link on this same chain. Leaving behind these items tells a story: children’s shoes baking in the heat, photos of loved ones who may never be seen again or even the tattered remains of clothes once worn not too long ago. These are the markers of an epidemic — not of polluters or marauders, but of desperate human lives that are being consumed by the swirling sands of the Sonoran Desert.

Right now, across the U.S. a loud conservative voice is angry. It is ranting at the “garbage” in the desert. They cite illegal immigrants’ abandoned wares as evidence of the problem’s migrants bring across the southern border and into the country. So, they clean the waste up, loading it into trash bags and hauling it away to a landfill. This erasure of what is left behind is part of the federal government’s “clean up” efforts in the Sonoran Desert. The Bureau of Land Management takes an active stance to remove abandoned belongings as an effort to protect other archaeological sites. Because migrant material culture is not classified as “historic” material, their waste is not seen as part of the archaeological record, despite what these people represent in terms of human suffering and accountability.

Archaeologists have something very important called context. The context of an artifact is what helps determine its place in time and space. The personal belongings I listed are all real: children’s shoes, photos, tattered clothes. Removing them before recording them is an active erasure of history and meaning. How will we be able to accurately record the struggle of these families in 100 or 500 years if we actively work to remove it beforehand? Those angry with the border crossing will actively chastise researchers like Jason De León, one archaeologist working to preserve that history. He isn’t working on an ancient temple or lost city; he is working on something just as human and important. This event, whether you like it or not, is history in the making. If we don’t work to preserve what we have today, to learn from it, we might be more apt to repeat it or worse.

Back to what you threw away today. What will your waste say about your life? The people who excavate your home in 1,000 or more years – what might they find? Those people will be trying to understand you just like we are trying to understand many of those who lived before us. But what if your home were to be bulldozed? What if the ground were all dug up and a new foundation was put in covering where your house used to be? Who will be able to discover the person you were now? How could an archaeologist ever hope to understand how your family lived and what they went through from a few stray pieces of your garbage? They can’t.

Illegal immigration is working the same way. If we are to better understand how whole groups of people made this dangerous journey in the future, we cannot continue to destroy the evidence. By encouraging archaeological practices, we can work to save the information now and keep it for the future. To this end we can raise awareness of the very real, extremely human crisis at the border and realize we are facing a problem that is more complex than people crossing a drawn-up line in the sand. Museums letting these artifacts in, promoting this contemporary archaeology in journals and papers and getting the public engaged with these “discoveries” are ways to start changing hearts and minds. This idea that archaeology can help change policy is not new, as archaeology has reunited indigenous tribes with ancestral lands and teaches generations about our shared immigration histories with tenement museums and city historical exhibits. Together we must work to preserve an ever-growing history of the Americas both to honor the memories of hardship our ancestors suffered and the migrants suffering today so we may never forget our journeys.