Over 5,000 people, including children, are detained in Palestine 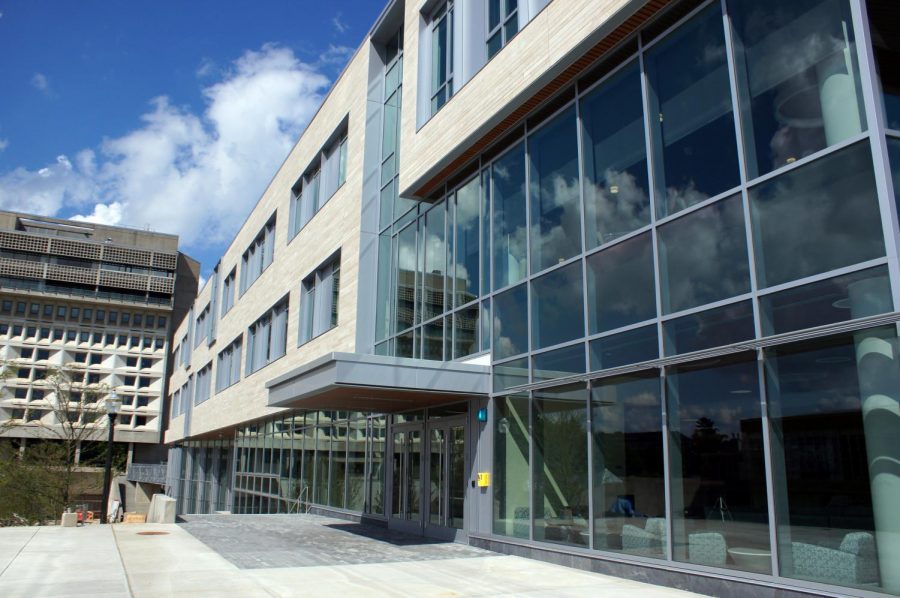 On Wednesday, Palestinian Prisoners Day was commemorated at the University of Massachusetts. At least 40 students, mostly from UMass, collected at the Integrative Learning Center in order to learn about Palestinian issues and connect them to their own experience.

The event was sponsored by two student groups, Students for Justice in Palestine and the Prison Abolition Collective, along with the College of Social and Behavioral Sciences and the Social Thought and Political Economy Program.

The event was aimed at building solidarity between two movements: liberation and freedom for people in Palestine. It also focused on detainees’ narrative and personal experiences.

At the beginning of the event, attendees watched three videos which reflected on what is going on in Palestine. The first video showed elementary school students being kidnapped by military officers and a teacher trying to stop it by shouting “leave the boy alone.”

According to the following videos, Palestinian children and families were thrown into jail where they were tortured and abused by the Israeli military.

After watching the three videos, three presenters discussed Palestinian issues from their own perspective: Zeiad Abbas, the executive director of the Middle East Children’s Alliance and former political prisoner, Donald Perry, a prison justice leader and former prisoner and Buz Eienberg, an attorney for detainees in Guantanamo Bay.

“The Palestinian Prisoners Day is important because it can bring attention of political issues and occupations in Palestine, which violated human right[s] of Palestinian[s],” said Sherrill Hogen, an activist who belongs to the Middle Eastern Peace and Justice Coalition.

Hogen continued, “We know what is going on in Palestine, but we don’t know what is happening to the prisoners, because of [the] lack of coverage.”

“I have been to Palestine 15 times so far. When I visited there during the second intifada, houses were demolished by bulldozers. People were arrested for political reasons,” she added.

In the last 30 minutes, a Q&A session was held. The attendees discussed Palestinian humanity issues with the three presenters.

Anna Ben-Hur, a junior student majoring in STPEC, attended the event because she felt connected to Palestinian issues.

“My family is part Israeli, although I am American. I have visited there and was confused about the conflict and genocide there,” she said. “This event successfully raised awareness of these issues. We cared about Palestinian rights.”

At the end of this event, the Prison Abolition Collective sold T-shirts for $15 to the audience, where they said they will make use of the profit to make more T-shirts for upcoming events.

Yurika Yamazaki can be reached at [email protected]