Panel discusses Islamophobia in the wake of Christchurch shootings 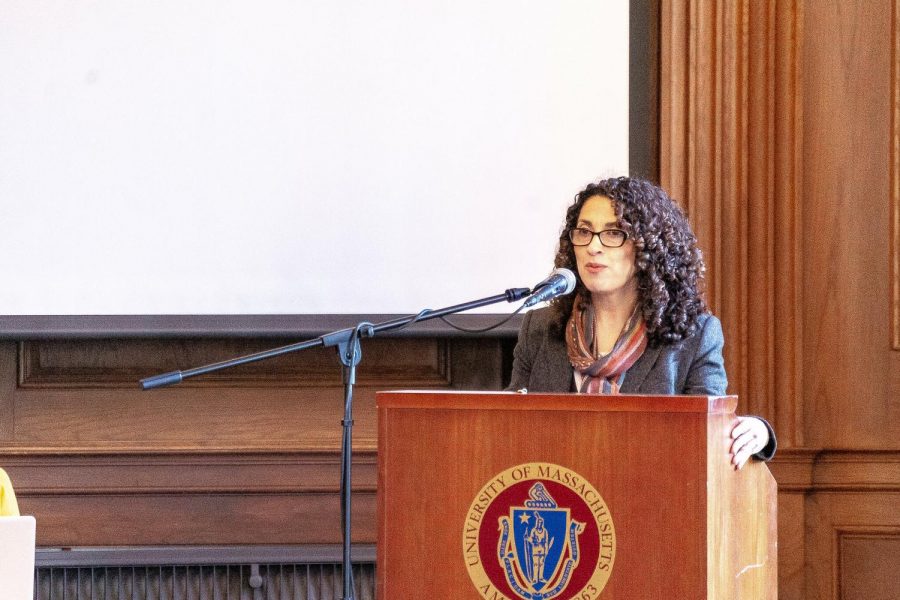 In response to the Christchurch, New Zealand massacre on March 15, which left 50 people dead and another 50 injured, a group of scholars, activists and professionals met in the Bernie Dallas Room of Goodell Hall Wednesday evening to discuss ways to understand and combat Islamophobia.

“It is vital to address the growing issue of Islamophobia,” said panelist and cardiologist Dr. Reza Mansoor who spoke about the issues of the portrayal of Islam in western societies.

Mansoor, who is a founding member of the Muslim Coalition of Connecticut, began the event by talking about the portrayal of Muslims in the Western media. Mansoor said that only the voice of the extremist is represented on television, while the voice of “moderate” Muslims, are ignored. Mansoor blamed what he called the “echo chamber of sensationalized media” for the portrayal of Muslim as ideological extremists.

“The moderate voice, the majority of us, are speaking out as loud as we can,” said Mansoor.

The news media’s portrayal of Islam, according to Mansoor, is a major factor in the treatment of American Muslims.

Dr. Saher Selod, another panelist and professor of sociology at Simmons College agreed with Mansoor’s media assessment, but said that Islamophobia has a longer history than most people know. Most people relate Islamophobia with post-9/11 attitudes towards Muslims but Selod pointed out that the stereotype of Muslims as we know them have been constructed over hundreds of years.

Selod said that the stereotypes of Muslims we see today, often very associated with gender, men as misogynistic and violent and women as victims in need of saving, were justifications for imperialist powers subjugating the Middle East.

These stereotypes which portrayed Muslims as unable to assimilate and as a danger to American society also led to the justifications of mass surveillance of the Muslim community according to Selod.

Tahirah Amatul-Wadud, another panelist and Springfield lawyer, echoed what Selod said about Islamophobia being deeply embedded into American culture, saying that 20 percent of the slaves brought to America from Africa were Muslim, where most were forced to convert.

Amatul-Wadud also agreed that media disinformation was responsible for negative attitude towards Muslims.

“Myths take up the space where information is lacking,” said Amatul-Wadud.

While Amatul-Wadud did out some of the blame on the news media, she said the problem was much more institutionalized. Amatul-Wadud talked about something she called the Islamophobia network which she said was very well funded.

Amatul-Wadud said the network was a combination of political players, media outlets, anti-Muslim organizations and private donors which worked systematically to vilify Muslims.

The panelists then offered a number of solutions that would help curb the increase in Islamophobia. Selod called for better education, media reform and a change to Islamophobic national security policies like the travel ban.

Freshman Ryan Lee said he attended the event because he did not have much exposure to Islam, and wanted to learn more. Lee said he learned about terms that are often not fully explained.

“It opened my eyes to how people misuse words like Sharia law and Jihadist,” said Lee.