Six burning questions about the final season of ‘Game of Thrones’ 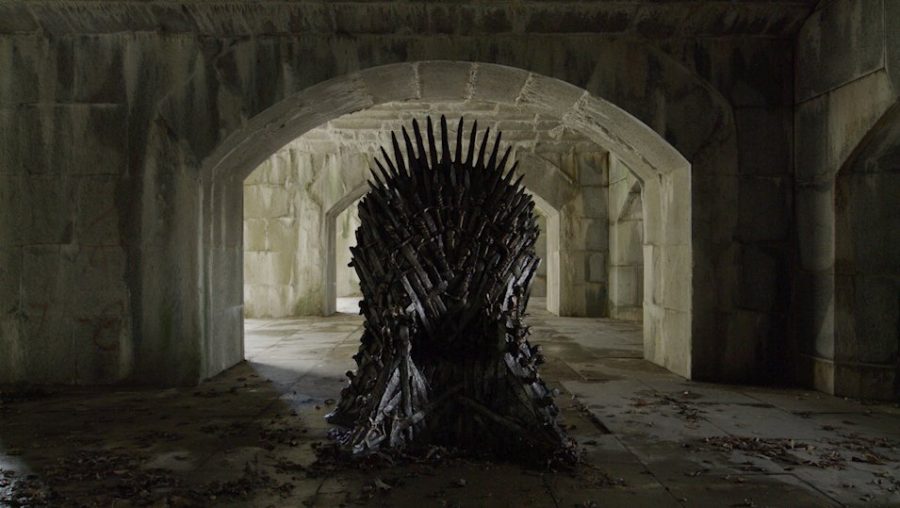 (Courtesy of the Game of Throne official Facebook page)

Allow me to put my baggage on the table right away: I didn’t like Season 7 of “Game of Thrones.”

Sacrilege, I know. I love the show with every fiber of my being, and through six seasons considered it the only show to rival “The Wire” in my all-time TV drama rankings (sorry to all stans of “The Sopranos,” which I also love). However, Season 7 was rushed and poorly-thought out, with plot holes left and right that I just couldn’t get past.

I’m still extremely excited for the final season, if a bit terrified, so let’s work through some of the key questions heading into Season 8.

Fair warning: this story is dark and full of spoilers. So if you’re not caught up through the end of Season 7, I’d stop here.

1. Will Jon Snow learn the truth about his parentage?

I’m a big fan of ‘Thrones’ deep cuts and I’ve always found the story of Jon’s parentage to be the most interesting part of the show. I was an R+L=J believer very early, and now that we know for sure that Jon is indeed not Ned Stark’s illegitimate child and instead the son of Rhaegar Targaryen and Lyanna Stark — and thus the heir to the Iron Throne — whether or not he learns the truth is one of the biggest overarching storylines of the last few episodes.

Now that both Bran Stark and Samwell Tarly know, I have to imagine one of them will tell him, especially since we know from the trailers that Jon will be in Winterfell at some point, where Bran and Sam were at the end of Season 7.

Perhaps Jon won’t survive that long. But for his sake, I hope he learns the truth before he goes.

I, for one, think Euron’s pivot to some bizarre Jack Sparrow-Jax Teller hybrid was hilarious, though he’s a horrific person that I would not trust as far as I could throw. But with Cersei sending Euron off to recruit the Golden Company to join her war effort — which, considering the Golden Company is the premiere sellsword company in the world that utilizes actual war elephants, I’d love to see — I’m really curious to see if he makes good on that deal, or just uses the Golden Company to betray her and make a run at the Iron Throne himself. I’m betting on the latter. This series is complicated.

3. Are we getting CleganeBowl? Also, are dragons fighting dragons?

People have been theorizing about a duel to the death between our favorite foulmouthed Hound, Sandor Clegane, and his now-undead abusive older brother, Gregor “the Mountain” Clegane, and to be honest with you, if we don’t see it, I’ll be very, very sad. I don’t fully know how that’d happen or in what context, I just want to see it.

In a similar vein, now that the Night King has control over Viserion, the smallest of Daenerys Targaryen’s three dragons, I feel like we have to see something between her remaining dragons, Drogon and Rhaegal, and the also-undead Viserion. Sometimes I root for plot consistency and depth, and sometimes I root for cool stuff. This is the latter.

The correct, short answer: a lot of people, probably.

There aren’t a lot of sure bets, but nobody’s close to a sure bet to survive either. Of the main characters, I think at least one-third of our “Thrones” Holy Trinity — Jon, Daenerys and Tyrion Lannister — will have to go. I think Cersei bites it, and I think Arya Stark’s in trouble too.

I’ll address this more in a second, but of the two most likely candidates to take the Iron Throne, I think Jon is the more likely to meet an early demise to fulfill the classic “hero sacrifices himself to save the world” cliché.

The problem there, and this is getting very much too deep, is that I’m a believer in Jon’s destiny as Azor Ahai, or the “prince that was promised,” which a fair few articles explain better than I have the knowledge or the space to do myself. The trouble is that the prophecy claims that if he fails, the world fails with him. So if Jon bites it, everyone else does too. Which is depressing, but very possible. Speaking of which:

5. Who will claim the Iron Throne?

This is obviously the big one, and I do not have a good answer.

The happy, fairytale ending sees Jon and Daenerys ruling together — we’ll ignore the family tree for this one — as the rightful heirs. Thing is, George R. R. Martin doesn’t seem like a big happy ending sort of guy, so there’s a solid chance that the Night King romps through Westeros in a way not seen since William T. Sherman went on his little southern jaunt during the Civil War.

I think the only reasonable candidates are Jon, Daenerys, Bran, the Night King, Tyrion and — dark horse — Sansa Stark. If I were a betting man, I’d take Daenerys — currently the third betting favorite at 5 to 1 on OddsShark, which, no, I’m not kidding — but I really like Bran too, especially if you’re one of those people who thinks Bran is actually the Night King. Which, not even touching that theory today, I don’t have 2500 words to flesh out.

I’ll take Daenerys over the field, but I’m as confident in that as I was in my NCAA Tournament bracket, which currently sits in the seventh percentile on ESPN.

6. Will David Benioff and D.B. Weiss screw this up?

Since the show moved past the books and George R. R. Martin’s involvement with the show came to an end, I’ve been worried about this. As far as I’m concerned, Season 7 was kind of a trainwreck. It felt like Benioff and Weiss knew how the story ends (they do, and have for almost 10 years) and where they needed each of the characters to be at what time, but couldn’t really work out how the characters needed to get there.

Through four episodes, I was with it. Episode 4 of Season 7 — “The Spoils of War” — is a top-five episode of the whole show. But then it turned into a rushed, incoherent series of bad plans, “epic” battles that didn’t make much sense and several plot holes that left a really sour taste.

I don’t like the idea of six episodes. Even though they’re all nearly an hour and a half long, there’s only so much you can do within one episode, regardless of length, for the sake of narrative structure, and I’m worried it’s going to be rushed again. Hell, we have six episodes to get through the two biggest conflicts in the show, all while trying to resolve a score of yet-untied loose ends and long-term storylines.

Honestly, I’m terrified. But I’m excited for the dragons. So we’ll hope for the best.

Whatever happens, I can’t wait to see the conclusion of the greatest story I’ve ever read or watched, even if the storytelling isn’t quite as flawless as it was through the first six seasons. This story has been a part of my life for seven or eight years, and it’ll be bittersweet to see it go.