Tips for studying you can actually use 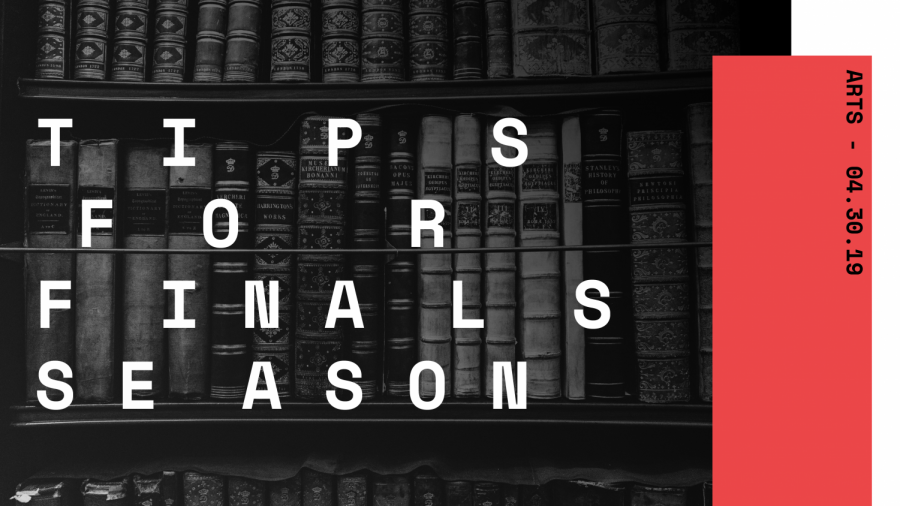 “Finals are coming!” I’m sure everyone and their moms have reminded you (as if you somehow forgot). “But what are some easy strategies to implement studying for finals?” you ask yourself. Well, you came to the right article. I present to you a couple of memorization hacks you can actually use just in time for finals season.

The most important thing to do is test yourself. I know tests suck, but hear me out. This method of testing yourself, or retrieval practice, has been shown to significantly improve material retention. For example, take Henry L. Roediger III and Jeffery D. Karpicke’s experiment, which was published by the Association for Psychological Science, for reassurance. The experiment compared two studying methods. One group learned the material, then took a test after while the other group just studied. Five minutes after the groups finished their sessions, the difference was minimal. But one week later, the testing group recalled an additional 14 percent of the original information. That’s a difference of more than a letter grade. This way of retaining memory is backed up by other scientists and have been published in Memory & Cognition and PubMed. So, one way to improve your studying is to give yourself a brief quiz after a study session. It might not seem like a lot at the time, but it helps in the long term. Exams given in class can be stressful, but a self-administered retrieval practice can be helpful.

Another studying technique to try is interval studying. This method requires spreading out your studying across multiple days, which is a great alternative to the infamous cram session. Interval studying works because a long study session can prove to be inefficient. Over studying has no detectable benefit than adequate studying in the long term. In a study the researchers found that the “results suggest that a single session devoted to the study of some material should continue long enough to ensure that mastery is achieved but that immediate further study of the same material is an inefficient use of time.” Related to this is a psychological term called “the spacing effect”. The idea behind the spacing effect is that taking time between study sessions increases retention over spending more time in one single study session. There are many theories as to how exactly the spacing effect works, such as increasing the survival rate of neurons.

Regardless of the exact cause, the spacing effect is widely underutilized in education today. You can take advantage of this concept yourself by starting to study for your exams now and then refresh yourself every few days or so. But, maybe you’re around 80 to 95 percent of college students who procrastinate their coursework, in which case, know that procrastination is not just a self-discipline problem. Procrastination correlates with anxiety, depression and low self-esteem. Procrastination can even correlate with specific personality types. Surprisingly, despite the many possible academic dangers of procrastination, it has not been found to predict course grades. All this to say, don’t worry about delaying your work too much. It’s normal for college students and berating yourself will only decrease your self-esteem which could make it, and studying, worse.

Studying can be boring, but it’s probably the wise thing to do. As much fun as it would be to blow off finals and pretend that they don’t exist, we have to face them eventually. In my experience, the biggest stressor in finals season is not the tests themselves. College students take exams all the time and, in many cases, earlier tests have similar weights to finals. It’s the notion that it is finals season that causes stress. It’s the sudden collective shift that now everyone is supposed to buckle down and pull all-nighters at DuBois trying to memorize an entire textbook. The almost forced examination of your semester’s performance by not just yourself, but often your friends and family, which can be stressful regardless of how strong your grades are up to this point. The documented decline of sleep quality and sharp rise of caffeine consumption contributing to performance decreasing stress. Maybe start preparing this week so the workload isn’t so much, go to office hours before they are gone or get organized in advance. Yeah, finals suck. But you can make it easier on yourself.