The case against Biden’s candidacy

Time for someone else 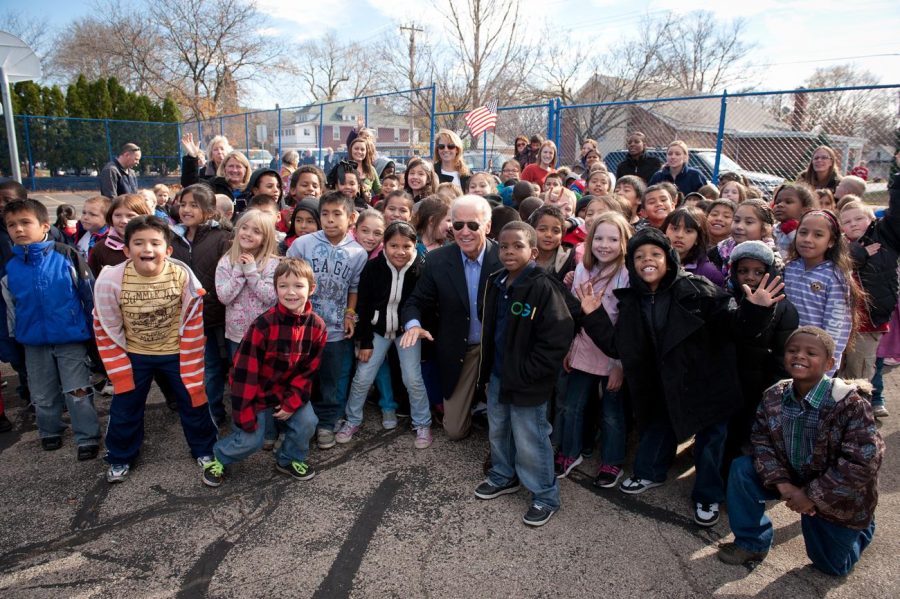 Proponents of the Obama administration may be quick to support former Vice President Joe Biden for presidential candidacy in 2020. As of now he has not yet announced his campaign, despite an apparent slip-up during a press conference in Delaware in which he hinted at his running. Biden is charismatic, personable and has a long track record in politics. On the surface, he seems like the perfect candidate. Here’s why you shouldn’t support in his potential bid for president.

Biden’s campaign hasn’t even started, but he has already found himself embroiled in controversy. Several women have come forward with claims that the former vice president “touched them in ways that made them uncomfortable.”Following the controversy that ensued, Biden responded with a two-minute video. He did not directly apologize to the victims, instead acknowledging that “social norms have begun to change…and the boundaries of protecting personal space have been reset.” Biden defended his actions as well-intentioned and promised to be more mindful of personal space in the future.

This is the first major red flag that Biden should quit while he’s ahead. But if the accusations aren’t enough to bog Biden down in the political sphere (as sometimes they aren’t, evidenced by one Brett Kavanaugh and one Donald Trump,) there are myriad other reasons that the Democratic Party should discourage him from running.

Biden’s long voting record in the Senate is both a blessing and a curse. Senior senators running for office have the advantage of being able to build their political platforms with solid evidence of their history of voting on controversial topics in the Senate to back it up. But it often comes back to bite senators who are trying to become more appealing to a younger, more progressive generation of voters.

Biden had a pivotal role in the orchestration of the 1994 Violent Crime Control Act, which kicked off an era of mass incarceration and bolstered the Clinton-era Democratic ideal of being “hard on crime.” Prison reform is an important issue, and Biden may have to backpedal on his very own bill if he wants support from a large number of voters, especially the new generation of young Democrats.

This, along with Biden’s yes-vote authorizing George W. Bush to use military force in Iraq, will prove challenging for Biden if he wants to appeal to progressive voters. If he wants to maintain a more moderate façade, he may also face some challenges. Some might argue that in order to win the presidency in 2020, the Democratic Party must put their support behind a middle-of-the-road, white, male candidate. This strategy could attract moderate and independent voters. Biden seems to check off these boxes, but the question remains: Why not put support behind literally anyone else?

Biden isn’t bringing anything new to the table vis-à-vis the Democratic platform. He’s a safe choice – meaning that there’s really nothing special about him. He’s already losing support from suburban, educated women, and although he is polling strongly in the African-American community, who’s to say he won’t have another gaffe and lose votes from other minority groups?

Biden’s bases are covered by different, less controversial Democrats. Amy Klobuchar is presenting herself as the rational moderate candidate who can play both sides, Beto O’Rourke is trying his best to sell himself as the social media-friendly everyman, Pete Buttigieg is the LGBTQ-friendly small-town boy and Bernie Sanders is beating Biden in the polls. Not to mention the fact that Biden has run for president twice before – bungling it both times. In 1988, his campaign was derailed after he admitted to plagiarizing a British politician’s speech verbatim. In 2007, he referred to his former Senate rival Barack Obama as “the first mainstream African-American who is articulate and bright and clean and a nice-looking guy.” Yikes.

There is no such thing as the perfect candidate. But there are candidates who are better than others. The Democratic pool for 2020 is diverse, progressive and most importantly, able to raise money. O’Rourke and Sanders have already raised millions of dollars for their campaigns, as have lesser-known candidates like Kamala Harris and Buttigieg. The future is hopeful, and who knows? It might include President Biden. But for now, Joe Biden should stay far, far away from the race, and stick to posing for photos while eating ice cream.