Minutemen come in winners of nine of last 13 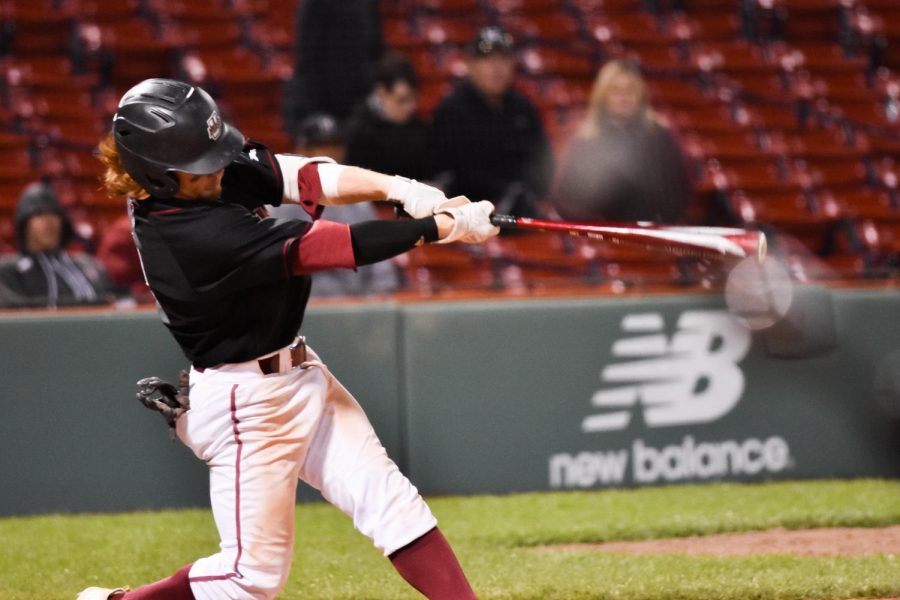 The Massachusetts baseball team is looking to build on their recent strong stretch of play when they host Quinnipiac Wednesday.

The Minutemen (13-19, 5-7 Atlantic 10) have played much better baseball since a 12-game losing streak at the end of March. Since the last loss of that losing streak on March 29 against Dayton, UMass is 9-4 and has won all three of their weekend series in that stretch.

“We just have to really value every game we play,” coach Matt Reynolds said. “I tell the guys all the time, if you’re playing well and you’re feeling good about yourself, and all of a sudden you let go of the rope, it goes away pretty quick.”

Over their past 13 games the Minutemen sport a plus-27 run differential, outscoring their opponents by more than six runs on four different occasions.

The Bobcats offense is led by Andre Marrero. The junior outfielder is hitting .308 with a .497 slugging percentage with five home runs.

“My two assistants do an unbelievable job with our scouting reports,” Reynolds said. “So we’ll be ready and dig into it tomorrow.”

Quinnipiac brings a lot of speed to Amherst as the Bobcats feature three members of the starting lineup in double-digits for steals. As a team, they’ve swiped 75 bags in 99 attempts in 2019.

Quinnipiac’s pitching has been a weakness coming into Wednesday’s game with a 5.61 ERA as a staff.

The game serves as a final tune-up for the Minutemen before they get back into conference play. They currently sit in ninth place in the Atlantic 10, three games back of a spot in the A-10 Tournament.

“Its important to get a win,” Collin Shapiro said, “it carries into the weekend and you feel good about yourself.”

The ability to respond to adversity has been emphasized all year long by Reynolds and it’s no different this week.

After being no-hit in the first game of last Friday’s doubleheader against Maine, UMass responded in game two with seven runs on 12 hits over the course of seven innings.

Anthony Videtto looks to continue his hot streak at the plate. The first baseman went 5-for-12 in the Maine series this past weekend and has recorded a hit in eight of his last 10 games played.

“I’m seeing the ball well up there, finding a lot of barrels which is nice,” Videtto said. “I think our team is playing really well right now, so as long as I can keep contributing to that and finding more wins, I think we’ll be good.”

UMass plans to use a couple different pitchers on Wednesday with Daniel Livnat getting the ball to start with the potential to go a few innings if he is pitching well. The freshman pitcher sports a 4.80 ERA in three starts over six appearances.

“We have been playing pretty good,” Reynolds said, “and we’re probably the most confident we’ve been all year, so we just have to make sure we’re actively trying to hold onto that.”

First pitch between the Minutemen and Bobcats is scheduled for 3 p.m. at Earl Lorden Field.

Noah Bortle can be reached at [email protected] followed on Twitter @noah_bortle.