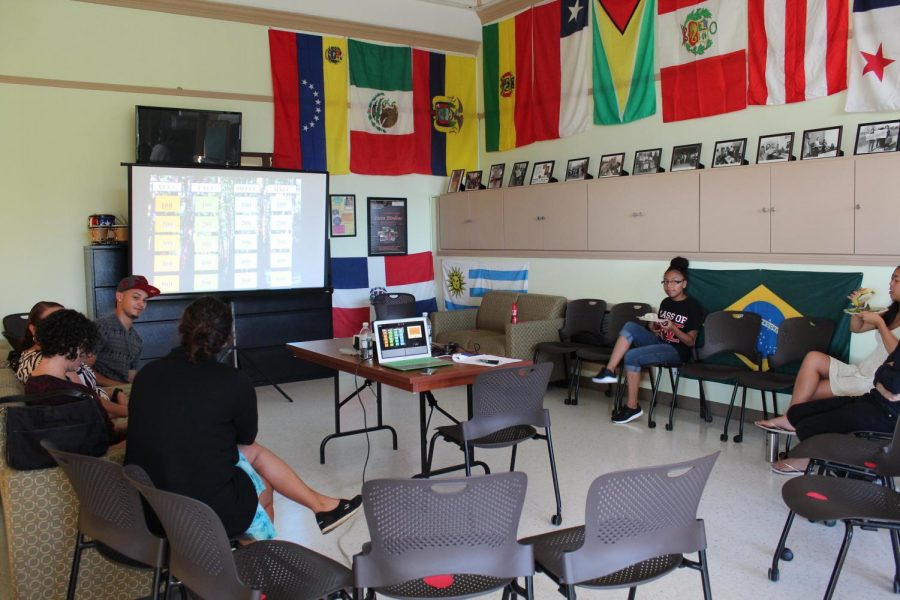 By Abigail Charpentier, Will Mallas, and Chris McLaughlin

Issues surrounding the lack of resources, transparency in budgeting and available jobs for student employees in the cultural centers at the University of Massachusetts were discussed at a meeting at the Yuri Kochiyama Cultural Center on Monday night. The discussion was spurred in part by the revelation of a 2016 external review detailing unaddressed issues plaguing the cultural centers and potential solutions.

Lily Tang, political science sophomore and hired staff at the YKCC, moderated and led the meeting. She began by explaining the main issues the cultural centers have been facing.

“We are seeing more that UMass and the CMASS in general aren’t being transparent with the students of color on the resources that we do have.”

Tang explained how it is hard to continue to advocate for better facilities and resources with students being filtered out each year.

“I feel that sometimes UMass counts on the fact that the student turnover is four years – that this institutional memory gets lost after four years because you can’t really pass it down to first-year students,” she said.

Cultural center workers say they were not given access to the 20-page “UMass Amherst Cultural Centers External Reviewers Report” filed three years ago, and they instead had to “find” it. Tang questioned why the University wasn’t transparent about the report’s existence.

Junior political science major Victoria Ung, a member of the YKCC, said, “We don’t have a clear picture of what our budget is and as a center and as an entity within the University, that’s really problematic.”

Ung also mentioned again the lack of transparency and the lack of access to the report saying, “It’s really concerning that [the University] would take away information that helps students.”

She added that the YKCC has seen growth in participation, though their budget hasn’t accommodated this expansion.

“If anything, we have faced a lot of pushback when we request more resources and it really doesn’t play out the way it should,” Ung said.

Tang echoed Ung’s concern, stating, “Even though the number of POC and Asian Americans have increased, how come our space hasn’t gotten bigger? These are the kinds of questions we need to ask the institution.”

The YKCC currently has a staff of five students, though the University is trying to reduce the staff to four students, despite the students working overtime for the center.

Brooke Yuen, a public health senior and a member of JWECC, expressed similar concerns regarding the University being unwilling to hire more cultural center staffers.

Yuen said there are 30 Native American undergraduates and 15 Pacific Islander/Native Hawaiian undergraduates, and the staff at the JWECC is small. However, two people recently applied for a position at the center, and the University will not hire the extra person.

“The fact that they are unwilling to hire two people that actually want to work at the Native American cultural center is kind of sad because we need that growth,” Yuen said. “We have been exponentially declining as a Native community.”

Grace Baker, a psychology junior, spoke about concerns regarding the LACC, specifically the condition of their location.

“Our building is literally leaking. We’ve had like 10 leaks…we’ve had cockroaches, we’ve had rats,” Baker said. “It’s important to recognize this is how the administration is thinking about these spaces, and they think this is adequate for these spaces, and it’s not. It’s not acceptable.”

Baker went on to ask, “If we are a home of no hate and are working toward inclusivity and diversity, then why aren’t these spaces being better funded?”

“If the cultural centers must remain where they are, it will not require a significantly large budget to do important updates in the centers. Each center should be allocated $1,000 for an inexpensive interior redesign,” the 2016 external reviewers report read. “If a special fund is not available, we strongly suggest that each center pull back on programming for one year and take $1,000 from their $5,000 budget to invest in the upkeep of their physical space.”

The report added, “[I]t does not seem likely that there will be a permanent increase in the cultural center budgets.”

Additionally, the report called for an increase in paid graduate hours to 20 hours per week.

“It is impossible for a graduate assistant to fully contribute on a schedule that is less than 20 hours per week,” the report reads.

Students cited in the report gave several indications of what a cultural center should be, including a “space of support for students,” a “place that allows us to connect to our community,” a “place to get away from racism on campus” and a “place to be taught about our culture.”

A consensus issued in the report also read, “Across several groups of stakeholders, there is a general feeling that the cultural centers are lifeless, hidden and in many cases, are simply empty rooms with no strong commitment from the institution.”

Students also noted the lack of accessibility in three out of four cultural centers. The report backs this finding reading, “Accessibility is an issue in several centers. Not only are they not accessible for the physically disabled, but also due to security procedures, some are not open to the public.”

For the latter, the JWECC cited public inaccessibility among its concerns, due it being the only cultural center located in a residence hall, making it harder for members of the general public to use the space. They cited a nearby residence hall also in Central, Greenough Hall, which has the Greeno Sub Shop open to the public as an example of how the JWECC facility could function in terms of access.

The report also requests a designation of a “large-scale wing” to cultural centers in the Student Union, which is currently undergoing renovations that are expected to finish in the fall of 2020. The centers would include lounge space, programming space, a possible computer lab and office suites.

“We don’t know if we are going to exist after Worcester is built,” Tang said. “We don’t know where this is going to be because UMass has not told us. How come there is no transparency there?”

“The major issue here is that largely, the campus is not aware of the cultural centers,” the report reads. “Beyond the lack of identity for the centers, each of the programs also seems to lack strong and consistent publicity.”

She added, “Especially with UMass’ emphasis that ‘hate has no home at UMass’ and the effort to better the campus climate, we believe that UMass should allocate more resources and make an effort to hire more student staff for the centers because the cultural centers contribute a lot to bettering the UMass community.

“It is time that UMass make a genuine commitment to its students of color on this campus and meet our needs by investing in the centers so the student staff can properly do our jobs and make a greater impact in the UMass community,” Tang concluded.