UMass strikes out going into Swipe Off championships

Fordham and Cornell battle on behalf of the East Coast 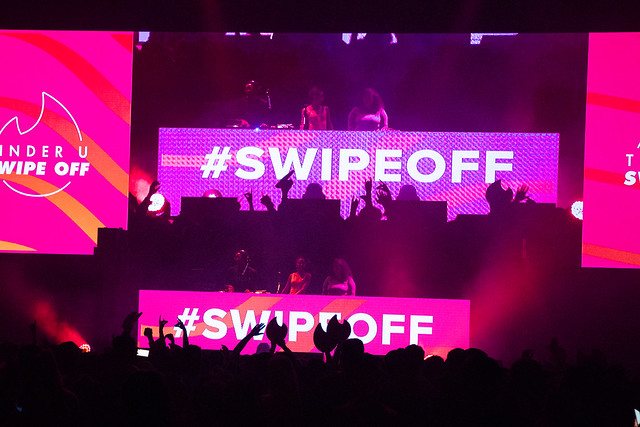 The Tinder U Swipe Off competition is back for its second year, promising a concert from popular rapper Juice WRLD to the college that gets the most right-swipes on the online dating app Tinder.

The University of Massachusetts won the competition in 2018, earning a concert from rapper Cardi B at the Mullins Center.

This year’s competitions, titled “East vs. West,” began on March 29 with 100 colleges pitted against each other, a 36-school increase from last year’s 64, for a chance to win a free concert with Juice WRLD and Charli XCX.

A new component with this year’s contest was a broader rivalry between the east and west coast colleges. There were four rounds at the start of April and the winner will be determined on April 10 at 9 a.m., with a concert set for April 24. Students at the colleges must be enrolled in the Tinder U feature of the dating app, and the school with an accumulation of the most right-swipes will get a free concert.

The Tinder blog announced the competition and artist on March 26.

“Let’s rock this. Maybe this isn’t your first rodeo—it certainly isn’t ours, but it’s a new year, new you and a new payoff that even your most lucid creams couldn’t imagine,” the blog read. “With even more schools fighting for a change to bring home one of the hottest artists for an exclusive convert—the competition is as fierce as the price.”

“Yo whats good y’all, this is Juice WRLD and I’m teaming up with Tinder for Swipe Off,” he said in a promotional video posted onto Tinder’s Facebook page. “Basically, the school that has the most right-swipes gets a concert from yours truly, me, Juice WRLD. Sign up for Tinder and get started right away. Hopefully I’ll see you soon.”

Many UMass students lacked any knowledge about the second installment of the competition or who Juice WRLD was. But others, once finding out about the competition while UMass was still in it, were prompted to interact.

“I’m going to re-download for Juice WRLD,” said Sindhura Devalaraja, an anthropology and philosophy junior. “I’d love for UMass to win again, just to show what we’re about here at UMass.”

Before the championship round, Brendan O’Sullivan, a finance sophomore, believed that UMass had a good chance at winning; “because our student base gets behind things, we’re passionate about. [I] hope to go back to back.”

Although UMass didn’t make it into the next round, some students weren’t that surprised, chalking it up to a general lack of interest in Juice WRLD.

Public health senior Sorvena Yoyo said, “We won for Cardi, so I guess the interest wasn’t there.”

Bonnie Chen can be reached at [email protected] and on Twitter @BonnieChenn.