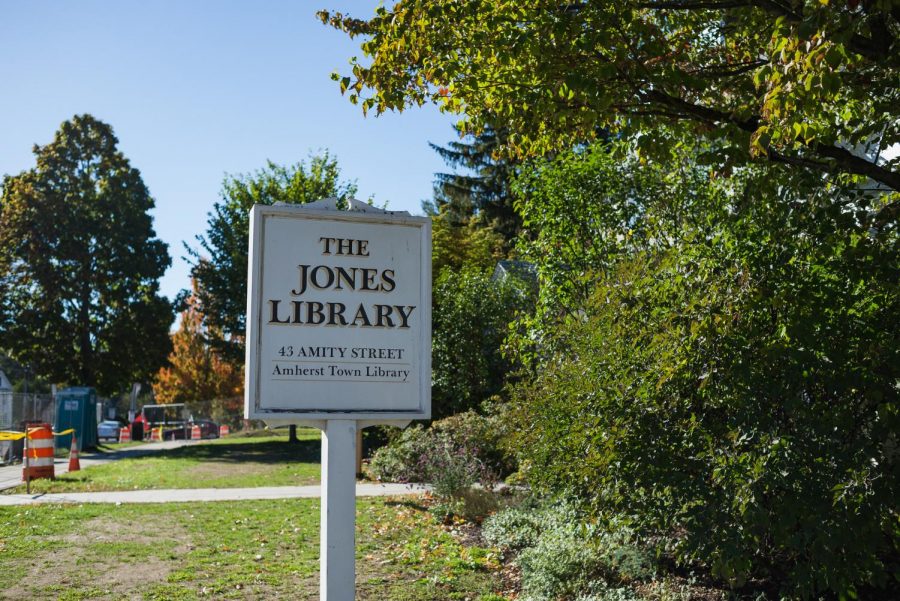 The cost for renovating or replacing crucial Amherst buildings such as the town’s elementary schools, library, department of public works and the Jones Library, has been set at over $150 million.

At the beginning of March, Amherst held a Town Council meeting to discuss the potential options with Sean Mangano, the town’s capital projects manager. Mangano set the estimated cost for a new library, DPW and fire station at around $102 million and offered options for how to best manage the financial side of the projects. This estimate does not include the elementary school options.

Calling it “one town, one plan,” Town Manager Paul Bockelman is working to push the town’s construction projects together rather than attempting to pass the projects individually, which could take significantly more time and energy on the town’s part.

On April 1, the Town Council voted 13-0 to allow Amherst Public Schools Superintendent Michael Morris to send the plans to the Massachusetts School Building Authority before the April 12 deadline. In December, Amherst will learn if the MSBA approves of the infrastructure plan.

Amherst Police Officer John Chudzik believes that residents are more likely to support tax increases if the taxes have been put in place to improve education.

“A lot of Amherst residents are single issue voters, but most people can agree education is always important to invest in,” said Chudzik. The officer is unsure if the same can be said for the DPW or fire station reconstruction projects believing that the public’s focus is on the improvement of the town’s schools.

Abdessamed Bahira, a senior studying communication at UMass from Shrewsbury, Massachusetts believes that the town should prioritize education by remodeling the elementary school first to benefit students.

“Where you come from is the number one thing that gets you where you need to be,” said Bahira.

A report released in the beginning of February stated that the building had Americans with Disabilities Act issues: 33 areas of noncompliance at Wildwood and 29 at Fort River along with safety and maintenance concerns. Built in the 1970s, school officials think change is long overdue as they battle mold, ventilation issues and leaky roofs.

Longtime Amherst resident David Machowski is particularly concerned about the amount of money that this major multi-part project will require.

“That’s a lot of money they’re asking for and I don’t know if it could be better served in taking existing buildings and restructuring,” said Machowski referring to the school’s construction plans. “You can have a good education in a tent, frankly, you just need willingness to be able to teach it and willingness to be able to receive it. I don’t think splashing money at it is necessarily the answer.”

While Amherst previously had been accepted into the state funding program to build twin schools to replace Wildwood and Fort River elementary schools, it did not receive enough town support in the November 2016 vote.

“We cannot afford to go through the same level of divisiveness as we did before,” said Anastasia Ordonez, the school committee chairwoman, in a Town Council meeting.

The original plan was a two-wing school that would hold 750 students while sending children from pre-K through 1st grade to Crocker Farm after it too was renovated. This option failed after it was unable to receive support from two-thirds of the Town Meeting members.

“I’m not against change or new schools, I am only against building a school that people cannot finally afford to pay for,” said Bonnie MacCracken of Precinct 6 after the project failed for the second time in 2016. MacCracken had said that through research, she learned that the tax increase was simply too much for Amherst residence.

Though the previous school renovation plan failed in 2016, town officials are not giving up on what they see as crucial renovations.

“I know what I’m proposing is asking people who feel really strongly about the prior project, it’s asking them to acknowledge we need to find a middle ground to get behind,” Superintendent Michael Morris told the Daily Hampshire Gazette in January of this year.

At the meeting, Mangano explained that while the projects would be expensive, the town has available grant funds, capital budget and money in its stabilization account that could be utilized and with planning and budgeting, and thus it could be managed.

Machowski, however, believes that it’s the principle of the matter.

“The public has already said no more than once. This is not a new thing. It seems like the powers up here are pushing with the vote until they get the answer they want and that’s not a democracy,” Machowski said. “That’s manipulation.”

The previous elementary school building project was set at $67.2 million while the least expensive current school plan is set at approximately $75 million but around $37.5 million with grants and other available funds.

Even now, no one is sure whether this time around the infrastructure plans will pass. Some believe that the town first should triage projects rather than pushing them through all at once to manage financial strain on the town and its residents. Town officials have said there is still some tweaking to do before renovations begin if the plan passes.

Lada Kvasyuk, a sophomore studying psychology at UMass and a native of the area, said, “People can’t come to a conclusion in Amherst.”