An interview with ‘Orange is the New Black’ star Lea DeLaria

DeLaria is an actor, comedian and jazz artist 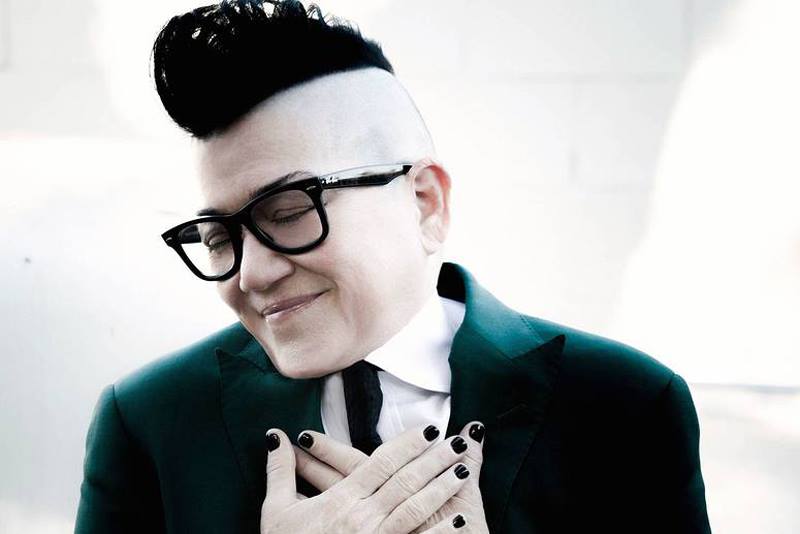 By Alvin Buyinza and Phillip Bishop

Last Wednesday, Collegian reporter Alvin Buyinza along with WMUA News Director Phillip Bishop spoke with Lea DeLaria, a star of the hit Netflix series “Orange is the New Black” to interview her on her careers as a performance artist, actor and what it’s like as an openly gay comedian. This interview has been condensed for clarity.

Lea DeLaria: Oh, I started doing that when I was a kid. My father was a professional jazz pianist. So once he saw that I was interested in the music, he taught me music, and I used to sing with him in the nightclubs so –I started singing with him the nightclubs and I was like 11 years old.

all the way around.

PB: And so, did that sort of inform your decision to do jazz specifically like that, because that’s the music that you learned?

LD: So yeah. But I also [did] several Broadway shows. So, I have a very strong belt. So, I can sing that kind of music as well. And I also think rock music, it’s just, you know, I’m a singer. And that’s kind of the way I look at it. But first and foremost, I prefer jazz. That’s where my heart is. So, I do a lot of jazz. And so, I started doing stand-up comedy, because…I’ve always been funny. So, I thought I’d try doing stand-up, and I found that it was so loud and vulgar and fast and in your face that people loved it. But after about five minutes of it, they’d be like, ‘mommy make it stop,’ you know? So, what I then did was, I would say, do a round of stand up, and then I would sing a jazz standard. And that worked. And that’s basically what I’ve been doing my whole life.

PB: Okay. And so then just sort of diving a little bit deeper into those topics. So, you know, I think one of the ways that a lot of people may have heard of you, or one of the first maybe like larger celebrity moments, was your introduction with the first lesbian comic on the Arsenio Hall show, correct?

PB: Yeah. Huge, huge, huge milestone. And so like, kind of navigating that, how has your identity sort of [been] impacted? I know, I’m hopping back into music for a second.

PB: How is your identity sort of impacted? You know, navigating your musical career? Specifically?

LD: Well, [the LGBTQIA community] had made great strides, by the time we got to the 90s, right? The fact that I had been on TV, it proves that you would have never seen that in the 80s, for example, we were becoming very politically active, as a community as a result of AIDS that’s how we found our very strong political, and a very grateful voice and you know, a very angry voice. So, this is act up, this is everything. So, we had made some changes. So, by the time I got on TV, and into the world of music, it was kind of – it was not – it wasn’t – how should I put this? It wasn’t politically correct for you to not like me, if you know what I mean. So we’re all standing on the shoulders of giants. When I first came out, it was illegal to be gay. And every state of the union, I bet I had been arrested for opening doors – homosexuality, which was the law in Illinois. And by the time we got to the 90s, I was suddenly on TV as an openly gay comic. So that shows how much the world has changed. You know, and now we get married and all the things that are happening for us now. So, I did not experience a lot of homophobia in in the jazz world…In the Broadway world, that I had no trouble with it. And so it’s only in TV and film where that sort of homophobia still exists, especially toward [a] lesbian.

LD: I’ve always wanted to make people laugh, right? That’s just in my nature. And I was in San Francisco, I was in San Francisco in the 1980s. Now, the world of comedy has changed. But at that time, San Francisco was the bastion of stand up comedy. It was the place  of Robin Williams. You know, instead of Los Angeles in New York was really San Francisco, there was a lot going on there. And at that time, you were either you were generally an observational comic that talked about, you know, losing your socks in the dryer or airplane food, or, you know, there were a lot of those people out there. But there was a lot of political comics. And I, as I said before, I wanted to change the world. And that was a tool that a lot of them were using. And I’ve always made people laugh. And I thought, why not? And I gave it a shot. And that was, I love saying this, it makes me so happy. That was April 20,1982. So it was 4/20. Before we even called it for 4/20. But that was the first time I walked out on stage and tried being a stand up. I [was] supposed to be on stage for no longer than 10 minutes or five minutes. And I was on stage for 15. I just killed and that’s why I love the experience. I thought it was fantastic. And by September of that year, I quit my day job I was a contract carpenter on a crew. And I quit my day job and I supported myself as a performer and I’ve done that ever since. So yeah, since 1982, that’s what I do.

AB: Right now on Netflix, you play Big Boo, who is a character that a lot of a lot of audience members not only have fallen in love with but they also see her as a comedic character as well. There are these funny scenes, and so did your background in stand up comedy, did that kind of influence the way you performed your character? Was there this synchronous way that you just performed?

LD: I love that question. It [“Orange is the New Black”] was a drama. Okay. Orange is [now] a dramedy, that means there’s equal marks upon parts of comedy and drama. So yeah, I was definitely one of  the funny characters, one of the people that was considered, you know, funny, but also, she had a lot of papers they gave me. I had to act. I mean, there was a real acting going on in Orange for me. When you’re standing toe to toe with Kate Mulgrew, you better f—ing act! You know what I’m saying? So the part was written for me. I think that’s one of the reasons why people love her so much and why the part fits me is there was no Big Boo, originally in Orange… WhenI went into audition, they were like, wait a minute, there really should be somebody like Lea in a women’s prison. Yeah! So duh! When they realize I had an audition, and then I went in for two different parts. And they just said that there was nothing, nothing for me. And then when they realized that they were saying that to me, it was Jenji [Kohan] who said we need to write a part. So they wrote Big Boo for me. And that’s why it’s so easy. They knew who they were writing for immediately, unlike the other characters in the show. But I mean, everybody was great in the show, it doesn’t matter. But this part was written for me, it fits me like a glove. You know, they knew they knew my timing, they knew me as a stand up. So I think that was very helpful.

The complete interview can be found online.