Beyond my comfort zone 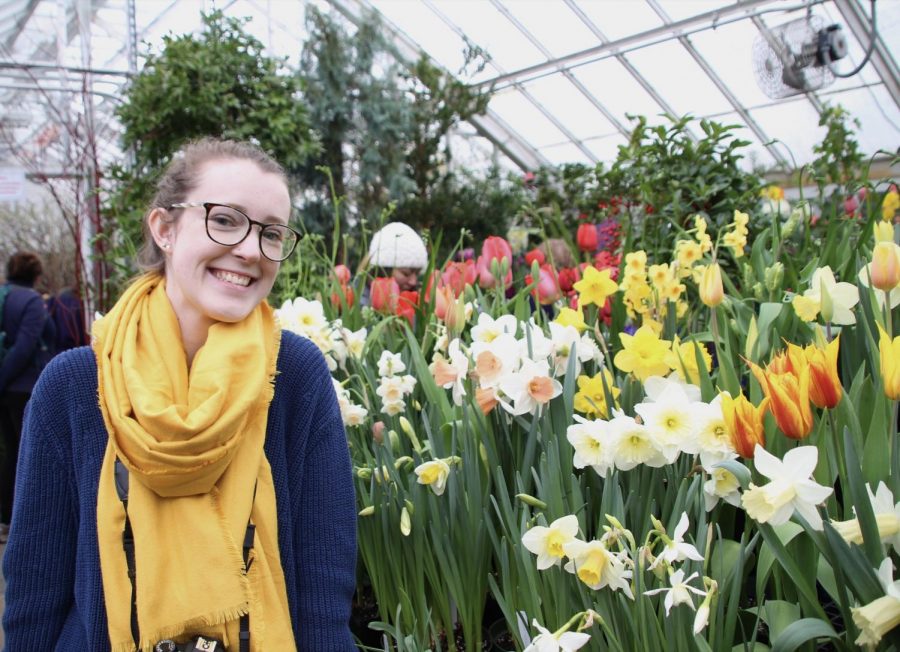 If most people were asked to describe me, they’d probably use words like “quiet,” “shy” and “introverted.” There’s no denying that these words are very applicable to my character; I’ve always been hesitant to raise my hand in class, and come close to what feels like a heart attack when randomly called on.

But the Massachusetts Daily Collegian, more than anything else, has forced me to at least pretend as if I’m not on the verge of fainting when I need to speak to the staff at the weekly board of editors meetings or make my way through a crowd of people to interview someone leading a protest.

I don’t think anyone (including myself) expected that I would make my way through the ranks of the Collegian all the way to editor in chief. And if you did think that, I have some questions for you.

Each year, students come through the doors of the Collegian, many choosing not to stay for various reasons, but I am so thankful I was able to find a home in the office surrounded by people I have laughed with, learned from and also competed against in nerf basketball shootouts at two in the morning.

My greatest regret of my college career is that I did not join the Collegian sooner. As a freshman at the University of Massachusetts, I felt lost. I went to class, to the occasional open-gym volleyball session and attended a few club meetings. Nothing felt like it was really going to stick with me, until I wandered down to the Collegian office at the beginning of my sophomore year.

The first story I wrote for the Collegian wasn’t anything special. I wrote about a featured exhibit in the Fine Arts Center in October of the Fall 2016 semester. Several copies of the issue lie on the floor of my room, now buried by the papers I’ve since been published in. Reading that story now, I have quite a few edits for myself. A growing pile of Collegians and roughly 95 bylines later (if you count police logs), I’d like to think I’ve learned a thing or two from the incredible people I spent far too much time with in the basement of the Campus Center.

The Collegian has put me in many situations that have forced me outside of my comfort zone. Interviewing family members about their recently lost loved-ones, handling the possibility of the Collegian losing its office space (thank you Morgan Reppert for saving the day) and even just speaking on a panel with other student journalists about my experiences were all definitely way out of the realm of possibility if you were to ask the highly-anxious, freshman-year me.

For about the first month and a half of the Spring 2019 semester, at any given time, my credit card was linked to up to four Adobe InDesign free trials, just so we could put out a newspaper on a weekly basis. If I forgot to end any of those seven-day free trials, I would be charged $50 per month for a year. Whether you consider yourself an anxious person or not, that right there will give you stress.

A document titled “senior column thoughts” has sat on my desktop for weeks. It’s incredibly daunting to be tasked with summing up your time here in one piece of writing, and I will never be able to do it justice.

I’m certainly not the first person to say this in a senior column, but the Collegian really is so much more than a newspaper. Pick any name from the endless list of Collegian alumni, and they will come to the aid of the newspaper and its current staff as soon as possible. The bond people have formed putting this newspaper together is something really special, and I am so happy to have found myself in the midst of it.

I have an incredibly long list of people to thank that I have met along the way. Robert Rigo for believing in me much too early on, Devyn Giannetti for the endless laughs and for bonding with me over Collegian-induced panic attacks, Charlotte Hoff for randomly deciding one day that we’d be friends, and everyone on staff this year who made my job easier than it probably should have been.

I really don’t feel deserving of the amount of love and support I’ve received in just the three years I’ve been a part of this amazing organization. I hope so many more students will find their way down to the office like I did and feel that same sense of belonging.