Leaving my mark on UMass 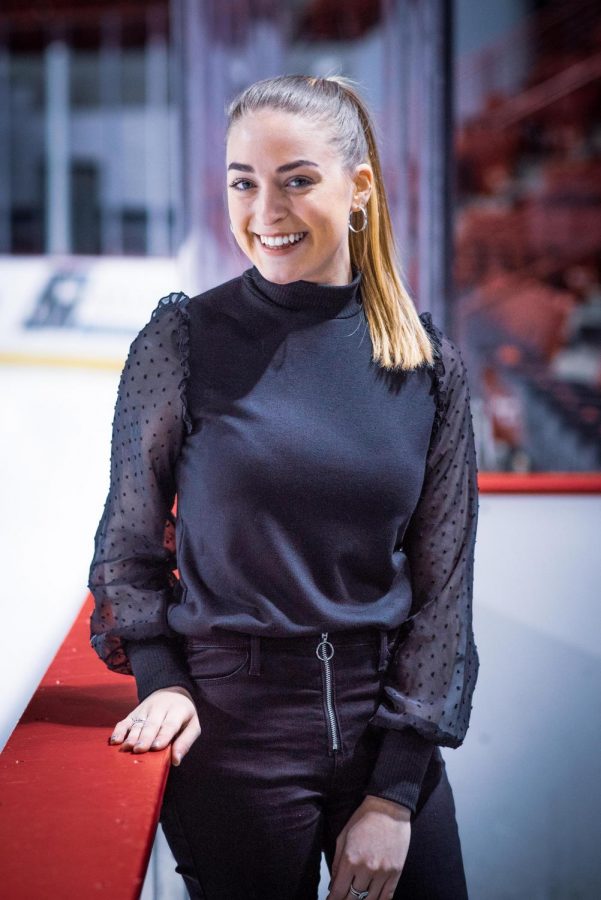 I didn’t know when I first walked into the Massachusetts Daily Collegian office in the basement of the Campus Center just how many tremendous reporters had walked through there before me. As a freshman, it didn’t even occur to me that a student-run newspaper could be a place that jumpstarts careers, develops maturity and builds friendships.

But that’s exactly what the Collegian has done for me.

From my first handful of stories for the sports section, I felt as though the staff trusted me as a sportswriter. And as the only woman in the room, that meant a lot. From the start, I was given the freedom to chase my own stories and handed the access that I needed to find the things that I wanted to write about.

Fast forward through six different beats, and I feel like I’m ready to take the next step into the journalism world. And there isn’t enough room in this column to thank the Collegian for all that it’s done to prepare me.

I’ve been so fortunate to have a plethora of talented editors to help me work toward becoming a better sports reporter, journalist and professional. Tony, Cyr, Phil and Touri are some of the most intelligent individuals I’ve ever had the pleasure of working with, and their confidence, dedication and friendship have shaped me into the sports writer I am today.

I can’t thank Touri enough for (somehow) trusting me to be his assistant during his time as sports editor, but I wouldn’t have wanted to collaborate with anyone else. I know his loud personality will serve him well as editor-in-chief of the paper.

Getting to serve on staff for my senior year was one of the best decisions I could’ve made throughout my time here. If anything, I wish I had joined the staff sooner. Holding the position of assistant sports editor made me so incredibly proud, considering how much I respected the assistants in the past.

I finally got an inside look into why everyone considered the Collegian to be a second home and a second family. Desk nights went by faster than I had always imagined, because I simply enjoyed the company of everyone in that basement office.

As much as InDesign tried to ruin some of those wholesome nights in the office, there was no greater feeling than when I got to see the finished product on the stands around campus. The Collegian gave me the opportunity to create and for that I can never repay it.

When I think about what the Collegian gave me, besides unlimited experience and opportunity, I think of all the pride that I’ve felt. Did you know that there were 10 Collegian sportswriters/sports photographers alumni that covered this past Super Bowl?

If that’s not an indication of the elite standard the Collegian has set for its sports section, then I don’t know what is.

Topping off my coverage for the Collegian with a NCAA hockey national championship was the cherry on top of my memorable time here at the University of Massachusetts. I got to write for a national audience and see how much it meant to all of the Collegian alumni who covered the team in the past.

Getting to cover such a historic event wouldn’t have been the same without my talented beat partners of two years, Ryan Ames and Liam Flaherty. Liam had the best stories of the weekend and it’s been so much fun watching him develop into the stellar writer that he is. I wouldn’t want to leave my precious hockey beat with anybody else.

Ryan became my best friend in these last four years, because there are only so many people who can stand being next to me in a press box for so long. But Ryan has pushed me to be a better writer, made me feel normal with our obsession for hockey and has simply been a great friend. I know we’ll be in a press box together again someday.

Mollie Walker was a Collegian sports editor and can be reached at [email protected] and followed on Twitter @MollieeWalkerr.