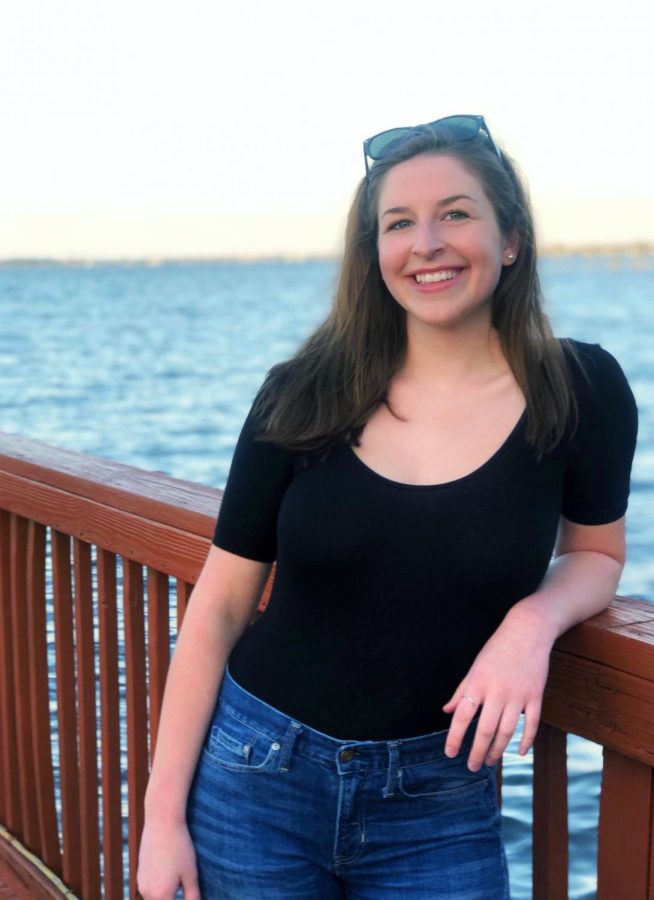 In the spring of my freshman year, someone from the Massachusetts Daily Collegian came into my Intro to Legal Studies classroom and encouraged us students to join the campus newspaper. Surprising even myself, I signed a sheet that said I was interested, and I wrote down the information for the upcoming meeting for prospective writers:

I was going to this meeting alone — a rare moment of independence for a college freshman — but going alone meant I also had to find the meeting on my own.

So, on Tuesday afternoon, I went to the Campus Center to scope out the scene. The last thing I wanted was to get lost and end up running late, as was an almost-constant experience in my first year on campus. But when I went to the Campus Center, I discovered that there were only four floors. I spent a longer time than I would like to admit walking through the building, but the highest room number I found was around 450.

I frantically emailed the then-editor-in-chief saying I was interested in joining the Collegian, but I simply couldn’t find room 819 in the Campus Center. They assured me that room 819 was on the eighth floor, and they were looking forward to seeing me.

That day, the Collegian taught me its very first lesson: The Campus Center and the Student Union are two separate buildings.

As I alluded to before, signing up for the Collegian is probably one of the most out-of-character things I’ve ever done. My parents tried to get me to write for my high school newspaper for upwards of three years to no avail and here I was, signing up to do just that in college.

It’s not that I didn’t have a passion for writing, I’ve just never been one to really put myself out there. As easy as it might sound to someone else, joining a club without knowing anyone, and going to that meeting alone, was really bold for me.

But even more bold was the act of writing itself because out of all the sections that I could have chosen, the person who doesn’t like to put herself out there ended up writing for opinion and editorial. Not only would I be putting my writing into the world for students on campus and all of my mom’s Facebook friends to see, but I would be putting my opinions out there as well.

I can’t explain why I decided to join this section, but the growth I’ve experienced as a result has been immeasurable.

Not only did I become more confident in myself, in my ability to think critically and creatively and of course in my writing, but I also gained a lot of exposure. I will never forget when my first article came out and I couldn’t stop refreshing the comments, shocked that people were actually reading my words. But not only did commenters and, of course, my mom’s Facebook friends read my writing, other writers, professors and editors did as well.

My writing has been republished in local papers, and one article got me interviewed for a magazine. My writing has earned me a scholarship and recognition in an academic department that I don’t belong to. My writing even got me spotted by an editor who asked me to write a chapter for his book.

That’s when the Collegian taught me its second lesson: It’s okay to put yourself out there and sometimes (but only sometimes) it’s even good.

After one semester as a columnist, I became an assistant editor in OpEd. One year later, I was running the section and from that moment on, the lessons haven’t stopped.

Lesson five: Controversy is not to be taken lightly, but it is also not a reason to avoid publishing.

Lesson 15: Firing staff members is even more difficult than hiring is.

Lesson 26: Late nights are part of the job, but some of those emails can be answered in the morning.

Lesson 33: Don’t be intimidated by the accusation of censorship. Stick to your guns. You’re doing the right thing.

Lesson 48: Don’t be intimidated by the threat of a lawsuit. Stick to your guns. You’re doing the right thing.

Lesson 127: It’s okay to be proud of the all that you’ve accomplished, and it’s hard to let go of what you’ve worked so hard to achieve. But it’s time to let others learn their own lessons.

Last semester, the Collegian was told that it would be moving out of its office. The current staff members consolidated equipment, took mementos off the walls and said goodbye to the space that the organization has occupied for over 40 years.

I know what it feels like to leave the Collegian, and while Dec. 11 may have just been a trial run, today will be the real thing. I still don’t feel ready, but I know that I have to be.

I am honored to have had the opportunity to find myself on the pages of this newspaper and in the office that houses its production. Here’s to whatever comes next.