Minutewomen come back, walk off to beat Providence 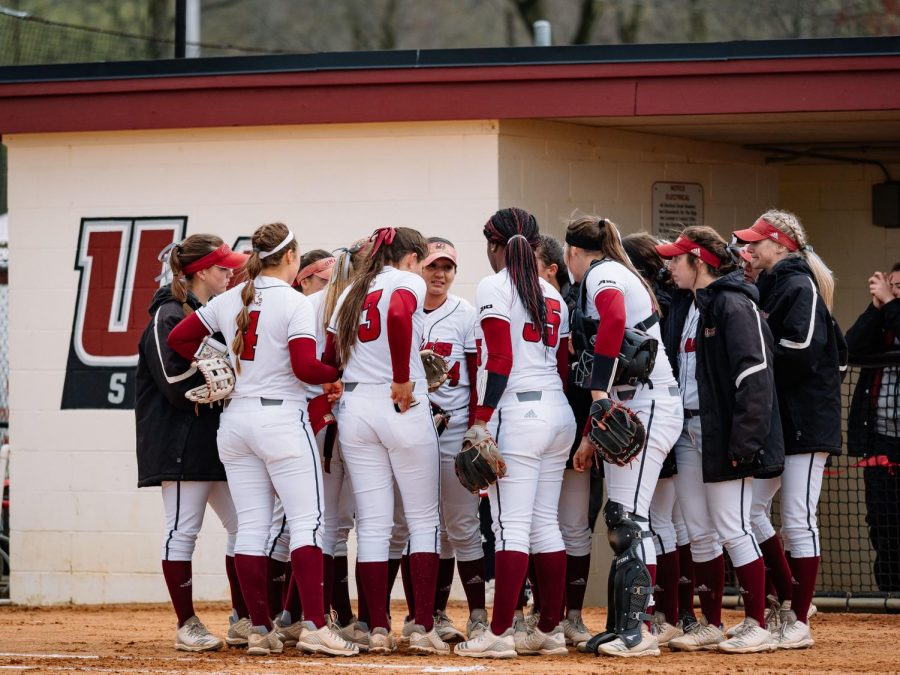 It was comeback season at Sortino Field on Saturday, as the Massachusetts softball team walked off to beat Providence 5-4.

The Minutewomen (24-19) rallied late against the Friars (28-20) with effective plate discipline and a will to win.

“Obviously I’m extremely happy with the outcome,” UMass coach Kristi Stefanoni said. “I’m really happy with how we were able to bring it back together in that last inning and really do something.”

The game started off in favor of the Friars, as their first four batters singled, scoring two runs. That would be it for UMass starting pitcher Kenadee Rausch, who was pulled for junior Quinn Breidenbach after allowing the fourth consecutive hit. Breidenbach got out of the jam and kept the score at 2-0.

The Minutewomen would bounce back in a big way when they got their turn at the plate. The first two batters walked before a Kaitlyn Stavinoha single sent home Hannah Bunker. Kaycee Carbone immediately followed with a single of her own, scoring Erin Stacevicz. After that, Melissa Garcia brought home Stavinoha on a fielder’s choice, giving UMass a 3-2 lead after one inning.

Senior Alison Abbatiello singled to start the second inning for Providence, and after advancing to third base on a pair of outs, she scored after a Skie Villani single, tying the game at three runs apiece.

Neither team would score again until Providence freshman Jessica Tomaso homered to left field to give the Friars a 4-3 lead.

The score would hold, as both teams left runners stranded and played well defensively, until the bottom of the seventh inning.

Hannah Bunker singled with one out, and Stacevicz reached base after her on a fielding error. Following a Stavinoha fly out, Carbone managed to walk after a plate battle that saw get two strikes to start the at-bat. Freshman Danielle Ellis then stepped up to the plate and lined a single to bring two runners home and win the game for the Minutewomen.

“I would say we saw the ball better and also the situation,” Ellis said after the game. “Everyone was very geared up and knew what they were looking for and that had a lot to do with it.”

This is not the first major moment for the freshman Ellis either. A few weekends back, she was the major contributor to the Minutewomen’s comeback victory over George Washington. This first-year player is not afraid of the big moments and the victory over the Friars shows it.

“Obviously Dani’s [moment] speaks for itself,” Stefanoni said. “That’s probably the biggest situation, as a freshman, that she’s been in this year. To be in that type of situation, to have that pressure and perform can only help her down the road, especially with us moving into our last weekend in the conference and going into the conference tournament.”

The Minutewomen will travel to Fairfax, Virginia for their final regular season series of the year against George Mason. First pitch of the first game of Saturday’s doubleheader is scheduled for 12 p.m. at the George Mason Softball Stadium.

Javier Melo can be emailed at [email protected] and followed on Twitter at @JMeloSports.